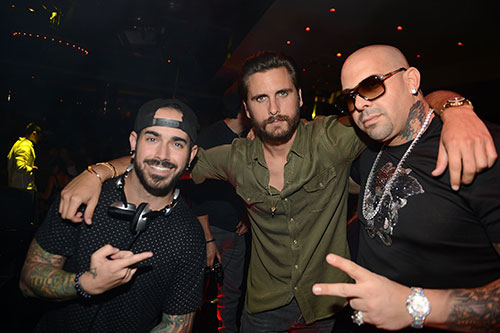 Last night (Friday, June 26) reality show star Scott Disick enjoyed an evening out in Las Vegas as he hosted a party at 1 OAK Nightclub inside the Mirage Hotel & Casino. After relaxing in his suite at The Strip-side resort with close friends, Disick made his way to the nightspot, where he celebrated his birthday in late May alongside longtime girlfriend Kourtney Kardashian. 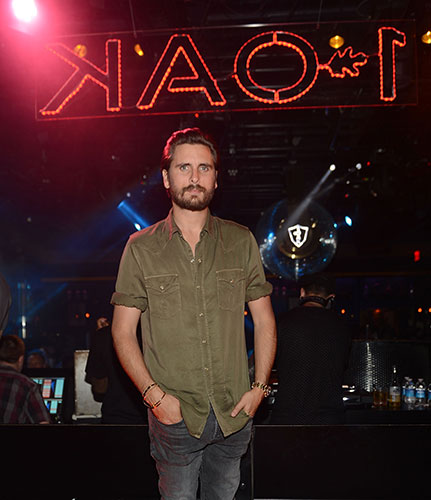 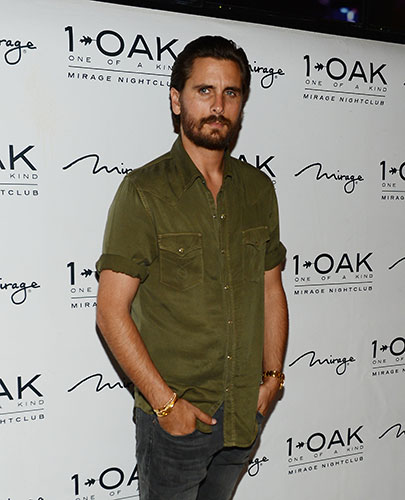 Before making his way into the nightclub just after midnight, Disick stopped to take pictures with fans and posed for photos on the red carpet. Looking casual in a green button down and jeans, the reality star and his group got settled at a VIP table located behind the DJ booth where DJ Shift was laying down popular tracks for clubgoers. Shortly after his arrival, Disick was greeted by a parade of cocktail waitresses showering him in confetti while guests cheered his name. Jumping on the microphone several times throughout the night to greet fans, Disick’s contagious spirit took over the hot spot and aided to the Vegas night. The group was seen in high spirits all evening as they mingled and took photos with friends and fans before leaving the nightspot around 2:00 a.m. 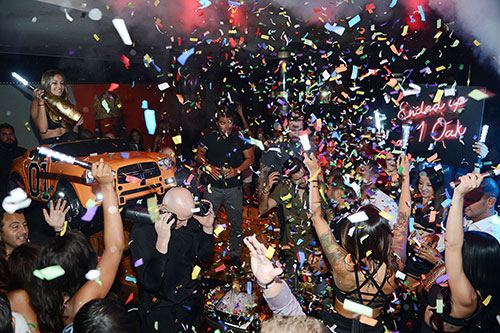