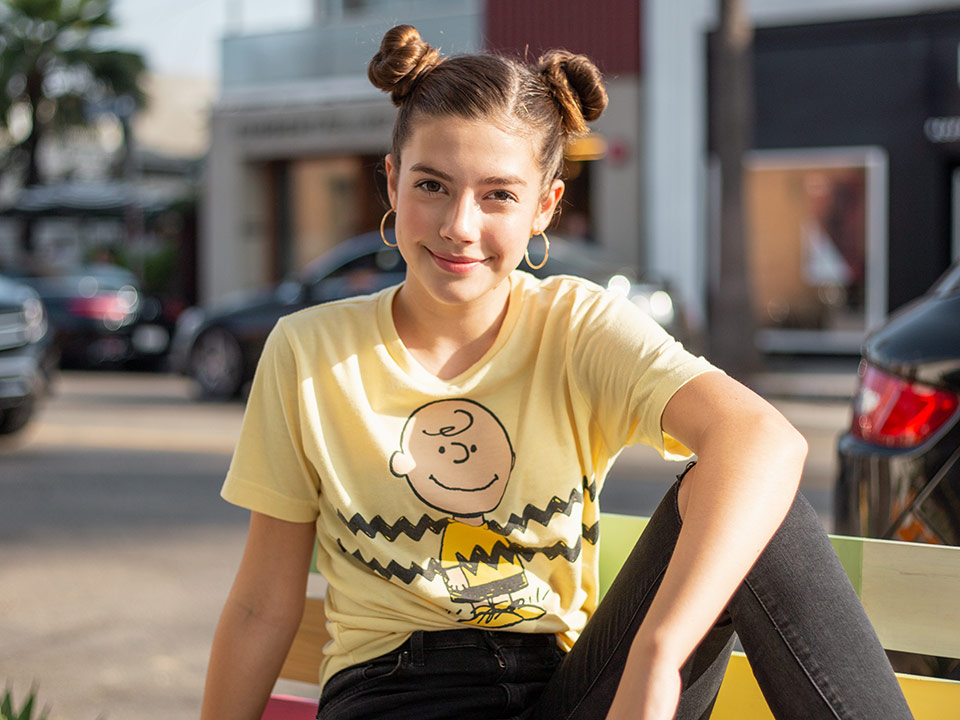 Hi Sissy, please tell us a little about you?

When I was 6 my Mom signed me up for a summer drama camp. I was one of those kids that was always wearing a costume, singing, dancing – sliding down the stair railings, just being wacky all the time and she thought I might enjoy it. She was right. It was a 3 week camp with singing, dancing and acting lessons over a 7 hr day. I was HOOKED from day 1.

I literally could not stop talking about it in the car on the way home, at home, at dinner, before bed, brushing teeth etc. Several years later after many dance, acting, and voice lessons plus several musicals, I got a manager and I’ve been working professionally ever since.

Your audition begins the moment you step out of the car/uber/subway. This advice given to me my former director, Jennifer Kessler, has stuck with me for years as you need to be professional and composed the minute you’re arrive at the audition. You never know who is going to be observing you as a potential hire. Ms. Kessler was once getting something from her car and observed a girl who was auditioning for her that day having a tantrum and being rude to her mom. The girl was not cast even though she may have been very talented. No one wants to work with a disrespectful person.

My first role was in “The Show Must Go On” written by our drama camp director! I was six years old at the time. I played Katerina (I wanted that role because she had the most lines! LOL!)

I was actually in the Grand Cayman Islands when I found out I was cast as Angie! I freaked out for like ten minutes and then had to immediately start packing and leave straight for LA to start filming!! I had seen Brat’s Instagram and knew who the kids in the shows were but had never seen Chicken Girls until I found out I got cast and then I binged watched the whole thing! I loved it – the drama!!

And about your role as Angie?

Angie is definitely a wild card. She is the queen of the theatre department and when Rhyme auditions for the show Angie is very upset because of how protective she is of the theatre. This season Angie will have some crazy moments and I can’t wait to see how the fans respond the her! I loved playing her because we’re so different in real life. That’s the thrill of acting – bringing the character to life.

And about your roles on Netflix’s “MANIAC” and “Unbreakable Kimmy Schmidt?”

I play Asia on Netflix’s “Maniac.” I am one of Jonah Hill’s kids. I started as a featured extra in episode 1 but the director, Cary Fukunaga wrote some lines for me in another episode and I was asked back. I cannot begin to tell you how exciting that opportunity was. He is an incredible director who has done important work and happens to be nice to kids too! Being on

Set for “The Unbreakable Kimmy Schmidt” was tons of fun. Tituss Burgess is very witty and larger than life in person. I played a musical theatre kid and he was the director of our high school production.

I am the host of Nickelodeon’s “DIY WITH ME” on YouTube. There are 9 episodes where I show viewers how to make different crafts. I have been in several short films including, “The Catcher” in which I played Serena. The film explores the fact that things aren’t always what they seem when it comes to being homeless as a kid. Most recently I was fortunate to be involved in the film ”For Hope” which is currently being submitted to film festivals. I play Hope, a young girl on the autism spectrum. It’s a beautiful story about the relationship between Hope and her brother played by Jay Thomas. It is sometimes painful to watch the struggles they both go through to survive but the love he has for her is unconditional.

It’s hard to choose one favorite actress. I really like Joey King, Lana Condor, and Zendaya. They are inspirational and so real and full of emotion on screen. I also like Cole Sprouse, because I mean, Cole Sprouse.

I LOVE James Charles! I am a hard core James Charles stan. I think he is such an inspiration in the movement towards equality. He’s accomplished so much – and is a nice person while doing it. I mean he was the first male covergirl! I watch all his videos – I believe they are the most original and creative content and I am seriously obsessed.

Right now I am performing in the musical “Billy Elliot” at Signature Theatre! I think a lot of people don’t realize how fast a musical must come together and all the work it takes to make it happen. The show runs 2 and ½ hrs. We have only 3 weeks to block, choreograph, and learn all the songs and lines in a rehearsal space. Then we get one week, called tech week, to actual run and space the show in the theatre. Tech week days are called 10/12 days because we work 10 of the 12 hours we’re there and then have a mandatory AEA (equity union) 2 hour break! (Basically we are physically at the theatre for 12 hrs). After the meal break, we have 5 hours left to run the whole show with the orchestra and then one dress rehearsal before the show opens up to previews. Previews are basically the first week of the show where any kinks can be worked out before the formal opening night. During previews we continue to have 5 hour rehearsals in the am before the nightly show. After that week the show has its formal “opening” and runs for about 3 months! It takes a lot of hard work but it’s definitely worth it. Come see it – I’d love to say Hi!!

After college, I would like to be living in LA and have steady work in film and or TV.

I would also like to have released a song and music video by then.

I adore Billie Eilish. Her music is pure genius and she has the most beautiful voice! I’ve pretty much been listening to all her music on repeat.

I am a strong advocate on behalf of kids with disabilities, march for our lives, women’s rights, times up, and overall equality. I encourage everyone to get out and volunteer your time at least once a month. You won’t believe how good you feel and how much of an impact you can make on someone else’s life (this includes animals). I hope to one day start my own charity or safe place/hangout where everyone can come, feel comfortable and not judged.

I would love to meet Emma Chamberlain or Haley Pham. They both blew up on Youtube and have become so popular, so fast! I think it would be really cool to sit down and talk to them about how all of this started and what it’s like to be YouTube famous.

My phone, my signature scent “Pink Sugar” roll on perfume, and chapstick!

I get up around 8:00 am (have some waffles, yum) do school work until 12:00 pm, probably have a vocal lesson or acting lesson, eat some snacks, go on Instagram, either go to rehearsal or my show that night, get back home at 12:00 am, sleep and repeat until the first week of January 2019.

Go to church, hang out with my friends in Georgetown, go shopping, drink fancy lattes at a cute cafe, come back to my house, and just hang out and talk!

I love anything at Brandy Melville, Pacsun, or Urban Outfitters. Any new trend I can hop on I will! I love retro pieces like mom jeans and doc martens. Some people know that I have a yellow theme on Insta – so I do a lot of shopping for yellow clothes too. HAHA.

I think Social Media can be used for good and bad. Some people choose to bully – others choose to lift people up. I’ve always said if I ever had a following on social media, I would use that platform to spread positive messages and bring attention to the causes I believe in. I see people all the time on Instagram who have millions of fans who listen to everything they say, and they don’t spread any sort of message at all! I want to talk about the things I believe in and how we can make a positive impact on the world. Not a negative one.