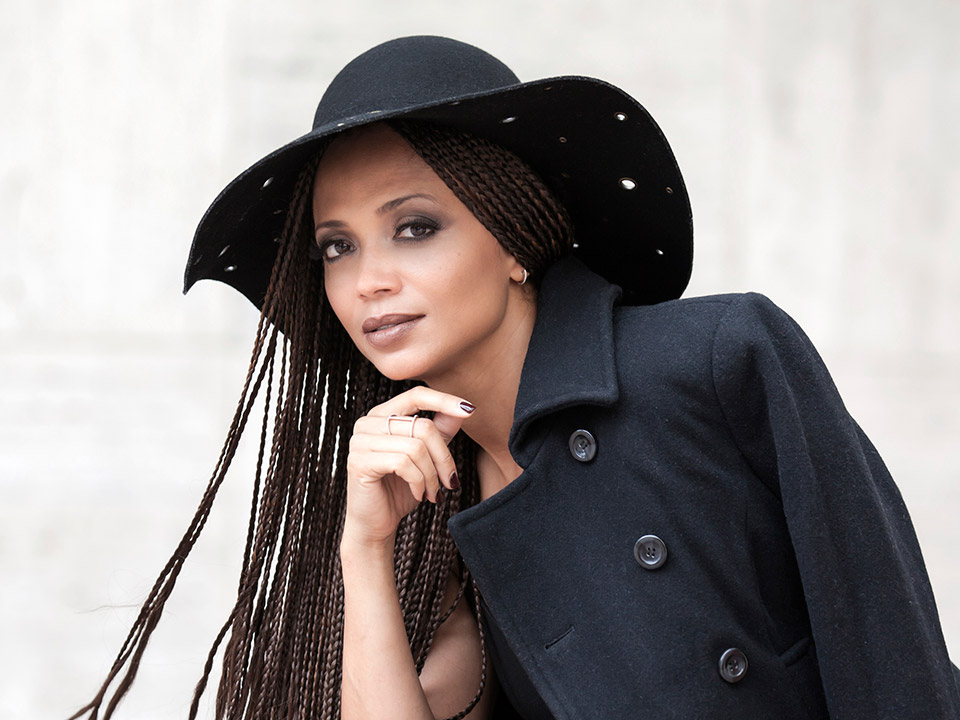 NewYorker Sundra Oakley who stars TNT Tv Series “Legends” as Nisco Rice, wife of Tony Rice, played by Morris Chestnut. “Legends” was developed by Howard Gordon, Jeffrey Nachmanoff, and Mark Bomback, and is based on the book Legends: A Novel of Dissimulation written by Robert Littell.  The second season is set to premiere on November 2, 2016.

Oakley guest starred in such shows as HBO’s Sex and the City, As the World Turns, CSI: Miami and Strong Medicine. While working as actress, Oakley had the opportunity to participate in the 2006 season of the hit TV CBS series, Survivor and used the show to test her limits as a human.

After Survivor, Oakley continued her acting career by appearing in memorable roles on Girlfriends, Heartland, Lost, CSI, Parenthood, Days Of Our Lives, Touch and House Of Lies. Adding to her extensive television resume, Oakley appeared in such films like Big Hero 6 and Indian Cowboy and can next been seen in the thriller, Magnum Opus.

In addition to acting, Oakley trains in martial arts in Kung Fu, capoeira and boxing. Oakley is also very passionate about supporting organizations that help protect women and children from domestic violence and is fluent in Sign Language. Oakley currently resides in Los Angeles, CA with her family.

Hi Sundra please tell us about you?

Well, my name is Sundra, and I am a Capricorn (that sounds like the beginning of a bad dating game episode–I couldn’t resist!).  Jokes aside (although I am a Capricorn), I am a Jamaican, an actress, a mother of two beyond fantastic boys, a wife of an amazing man, a dancer, a ninja, a woman who sinks into the culture of whatever country she’s in, an appreciator of red wine.

Besides with my parents hooking up…..? I kid, I kid!  My life as an actor started by way of dancing which I have done since I was 4.  Around the age of 12 or 13, I started to get that proverbial bug as they call it and knew then that that was my calling.  It was the first time in my life I had this knowing of something for my future, and that was a pretty damn cool feeling.

First acting role? Well, I’d have to go deep in the archives and say playing one of the two ‘collectors for the poor’ for my elementary school’s version of Mickey’s Christmas Carol.

Oh wow, that is a good one….Okay, this is only one example (because there are several), but I would say off the top of my head Johnny Depp; the man is a master at what he does and looks like he is relishing every minute of every character he portrays which is exciting for me as an audience member.

It is like Pringles, you can not have just one! So I love the following people because they plain and simple move me each and every time I see them perform.  Christoph Waltz, Tom Hardy, Chiwetel Ejiofor, Thandie Newton, Daniel Day-Lewis, the queen herself Meryl Streep, and, of course, Señor Depp. When you see an actor has taken a running start and just jumped right into the deep end of the ocean of their character, that rush is intoxicating.

How did you find out about booking Legends?

I want to say I was on my couch taking a nap when I got the call from my agent; somehow that pops into my heads But seeing as I am a mom and we pretty much gave up our rights to ever have a nap again ever in life once we pushed a human being out of our bodies, I am guessing that could be wrong. But nap on the couch or not, I was extremely excited!

Tell us about your character Nisco Rice?

She is a wife and a mother, fiercely proud and protective of her family and not willing to let anything jeopardize it.

What is your dream role?

{insert mad scientist laugh here}….for one, I have been a martial artist for many years and it has become a bit of an obsession of mine to be a female version of what we have seen in Jean-Claude Van Damme, Wesley Snipes, Michael Jai White, and of course Bruce Lee. You can actually see a little snippet of me in action here.  Also, I love languages (I speak French and Spanish and have been studying Russian) and accents; so one definite dream role would be being able to combine those elements.

Above all else, happy–living a fun, loving, exciting life with my husband and kids doing the things we love, doing things for the people we love, being of service to our community, being people of isa rere which means good character.  Professionally, of course, I want to be doing work on screen and on the stage (theatre is where I cut my teeth after all!) that allows me to grow as an artist. Also, that brings stories and characters to the viewing public that have never been seen, maybe just for the mere fact that they are wrapped up in the exterior makings that look like me.  Additionally, I most definitely see myself on the production/business side of our industry as well.  We have to be multifaceted.

You have worked on very successful TV Series, which role was the most memorable for you?

A role I played on the show ‘Touch’ was particularly special because I played a Jamaican transgender woman.  The times where I get to play a character from my own culture and get to speak with the accent that I do at home are rare to none. Then to layer that with portraying a member of the transgender community (a hot button issue in Jamaica by the way) was definitely an honor.

What do you like to do when have some free time?

What is this ‘free time’ of which you speak? LOL  Well, again, when you add the elements of being a mother, a wife, an actor, a martial artist, and a teacher (I teach sign language to babies and young children), plus I wrote a children’s book that I am aiming to publish. Getting free time is like trying to grab the color red.  Yeah, that look that just came over your face right now……that is exactly what I am talking about.  However in the event I do get this ‘free time’ of which you speak, I am usually zoned out on the couch catching up on all the shows I do not get to watch during the week.

Wake up, take on the role of drill sergeant to get the kids up and out the door to school, work out/train at our Kung Fu academy, driving, driving, auditions, driving, driving, get home and try to make dinner (although many times my husband saves the day and gets that done–he rocks!), take kids to after school activities, drive some more, take on drill sergeant role again to make it through kids’ homework time, eat dinner as a family (that is a must), then pray the kids finally fall asleep so I can have my glass of wine in peace.  The end.

Do you practice any sport? How do you stay fit?

Kung Fu has been a huge part of my life.  Our Sifu (teacher) is no joke and we work our butts off.  Many times class ends and I will say he handed our asses to us on a silver platter with some fava beans and a nice chianti.  No joke!  But I love that it is like that, that we have to go through the fire to get what it is we came there for.  I also am a dancer and though I do not dance professionally any more, I still like to take classes as much as possible.  I also do a lot of barre classes.  Do not let it fool you, those bad boys are serious!

My mom, my husband, my children top the list.  But truth be told, I am a lucky girl and have an amazing support system in the form of other family members, my sister circle, and other friends.  No lie, my people are the bomb!

A wise woman once told me, “Just say yes to the Universe, Sundra.”  I follow that advice and it has taken me to some great places.  So my future plans are to keep saying “Yes” to life.

Sports team: Ummmmmm, my sports knowledge is limited but Arsenal F.C. has always held a spot in my heart.

Quote: “May my character not spoil my destiny” and What is fi yu cyan be un fi yu!” meaning “what is meant to be yours, will always be yours.”