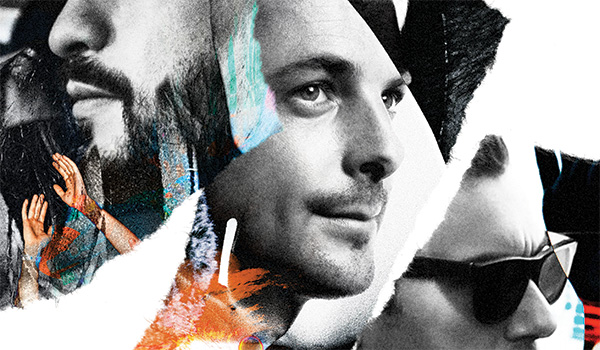 Swedish House Mafia followed up their record breaking cinema run which saw over 400 screens as far apart as Peru and London, Guatemala and Paris, Sydney and New York and went straight to the number one documentary movie in the world this week.

The movie, which was self-funded and distributed, broke the America Top-20 sitting at #18 and #7 in the United Kingdom rivalling releases such as The Hobbit.

An incredible achievement for electronic music and indie film.

‘Leave The World Behind’follows legendary electronic dance group Swedish House Mafia as they decide to end the group in order to save their friendship. Director Christian Larson (Take One) captures their final world tour which became the largest worldwide electronic music tour in history with over 1,000,000 tickets sold in just one week.

Executively produced by Jonas Åkerlund (Spun, Madonna: I’m Going to Tell You a Secret) the film received its world premiere on March 12th 2014 during the acclaimed SXSW Festival followed by special preview screenings in New York and Los Angeles (each sold out in a matter of minutes) before releasing direct to cinemas independently in more than 20-countries.

‘Leave The World Behind’ and the accompanying double-album ‘One Last Tour: A Live Soundtrack’ released April 15, 2014 on iTunes. The film shot straight to #1 Documentary on the iTunes charts in 27 countries with the album going #1 Dance in 23 countries – all within the first 48-hours. In the band’s own Sweden, the release reached #1 across the board: #1 Film, #1 Documentary, #1 Album and #1 Dance album. An incredible accomplishment on its own, this most recent success is simply the latest achievement in a long line of record-shattering successes from Swedish House Mafia.

Swedish House Mafia has sold over 1.7 million albums worldwide with their biggest selling single, ‘Don’t You Worry Child’, receiving over 160 million views on VEVO/YouTube and selling nearly 6 million singles worldwide reaching the #1 spot in 45 countries across the world including the UK. The group were also the first electronic dance music act to headline the world renowned Madison Square Gardens in New York City. Tickets for the show sold out in just 9 minutes.

LEAVE THE WORLD BEHIND explores three of the biggest stars in the electronic music scene, a scene which has gripped youth the world over. The film displays an insight into this world, the psychology of the band, plus the sheer scale of the tour itself and the band’s outstanding global achievements. With breath-taking live moments, huge laughs and dark lows LEAVE THE WORLD BEHIND follows legendary electronic dance group Swedish House Mafia as they decide to end the group in order to save their friendship. Audiences get a front-row seat as Larson films the trio in an honest, raw, and emotional showcase of the group’s final chapter as electronic dance music’s finest.

ONE LAST TOUR – A LIVE SOUNDTRACK OUT NOW

LEAVE THE WORLD BEHIND – THE MOVIE OUT NOW