Charismatic, relatable, driven, and a free spirit are all ways television personality Taylor-Ann Hasselhoff could be described. Over the years Taylor-Ann has become known in the entertainment industry for being undeniably talented, and an advocate for people of all ages to follow their passions and dreams. In 2014 Taylor-Ann can be seen hosting Bellus TV, an inside look at Bellus Magazine’s exclusive interviews celebrating top tier talent in music, film, fashion, and the pop culture world. She also holds the title of Editor in Chief of the magazine. Aside from being on camera talent, Taylor-Ann also exercises her creative side in the project, fully producing and editing each segment.!

Born and raised in Los Angeles, Taylor-Ann grew up in Hollywood royalty as the daughter of internationally renowned star David Hasselhoff. Throughout the 1990’s, Taylor-Ann’s childhood was immersed in the entertainment industry as she traveled internationally with her family, spent time on set, and watched her father’s music career take off. Education was a big priority for Taylor-Ann, she attended the prestigious K-12 The Buckley School, and went on to attend the University of Arizona majoring in Communications with a minor in Business.!

In 2010, Taylor-Ann and Hayley made their first foray in the music scene as Bella Vida. The girls released multiple singles including “Turn Up The Radio” and toured internationally stopping in Europe, Austria, and Germany playing to sold out venues. In 2011 Taylor-Ann and Hayley decided they wanted to take control of their music by writing more and singing together instead of separately, and rebranded as Electric Stiletto. They released another single, “Kiss Kiss Me Bang Bang” under their new label All Around the World [UK] while establishing themselves as legitimate artists in the EDM scene.!

In 2012, Taylor-Ann and Hayley put their music careers on hold, as Hayley focused on modeling and Taylor-Ann focused on hosting and behind the camera projects. Throughout 2012-13 Taylor-Ann worked with a variety of outlets on hosting gigs, including corresponding for Entertainment Tonight, Teen View, and cambio.com founded by The Jonas Brothers. In 2014, Taylor-Ann’s projects include a documentary on her father which she produced, directed, and edited [will make the festival circuit in 2015], and she is currently shopping a pilot to major networks which she created and stars in. Taylor-Ann is also spreading her wings once again in the music scene, as she is in the studio recording with producer Mario Marchetti [Demi Lovato, JoJo, Jennifer Lopez, Black Eyed Peas].!

Aside from her work in television and music, Taylor-Ann has a huge passion for charity and she works with a handful of organizations regularly, including Wheels for Humanity, an organization founded in 1996 that increases access to mobility for children, teens and adults with physical disabilities in developing countries.! 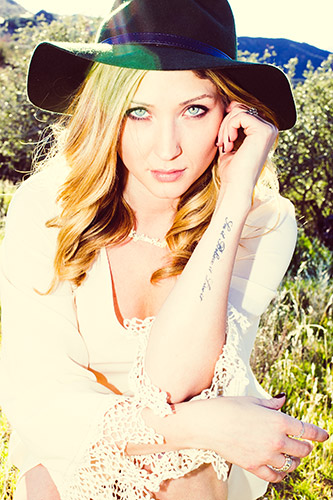 Tell us a little about you?

I was born and raised in L.A. I went to the University of Arizona and absolutely loved it, but decided that I needed to come back to LA and pursued my dream of singing, hosting and directing. I love animals (I have a parrot and 6 dogs) and try and do whatever I can to help at certain animal shelters. I live my life to the fullest following every dream I have; writing music, helping create positive stories for Bellus magazine (President of)  and perfecting my craft as a director.

How was having an international celebrity as your dad?

Amazing in the sense that I have been able to travel all over the world and have been able to learn about different cultures and all types of life. I truly feel so grateful and thank god every day for providing me with this life. My dad is incredible and has always been such a hard worker and mentor.

What was his advice to you when you start your career?

If you’re going to do anything in your life make sure you give 110% and don’t ever give up. Lots of doors will close in your face but the ones that succeed are the ones that allow you to follow your dreams and keep striving for what you want.

When and why did you start singing?

I’ve always loved singing from musicals when I was in elementary school and choir in high school to writing music with my sister and touring Europe. First time I ever sang was on a track with my dad when I was 3 years old and it was game over after. My sister and I always loved to sing and loved writing but we never thought our voices would mesh well on a track because we sing differently, but once we decided to give it a try, we realized we could truly make this work. Music is in my blood and is a big part of who I am.

How’s your relationship with Hayley?

She’s my best friend and such an absolute light in my life.

Any future plans to work together again?

Lullabies by YUNA has to be one of my favorite songs. EVER. Her voice is seriously magical and this song is so real.

I played guitar and piano growing up but never ended up sticking with it. Sometimes I wish I did though haha! 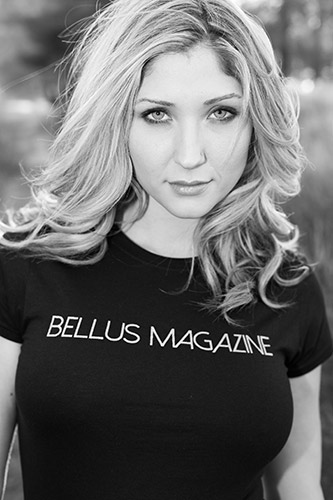 How was working with Mario Marchetti?

Mario is just so talented and someone who makes writing music with so enjoyable and such a spiritual journey. Started working with Mario about 6 years ago and our journey continues. He has a gift for music like no one I have ever worked with before has.

What do you prefer singing, directing, producing or acting?

Hmm. That’s though. To be honest I love them all equally. They are all passions of mine so it’s hard to choose one over the other.

In the directing or producing who do you would love to work with?

Michael Bay because every movie he does always has the audience at the edge of their seats. I love the way he tells his stories through action.

Do you see yourself directing/producing Tv Series, or more towards Short or Long films?

Probably short films, because at this point in my life that is where I am putting a lot of my energy and focus into.

Hopefully I will have my own talk show and my own animal charity. Not just any animal charity, but one that becomes well known around the World.

My dad, he always has a smile on his face and has taught me to never take anything to heart when its negative and to follow every dream and passion of mine; you have one life to live so live is happy and full of adventure.

Follow your dreams, never let anyone tell you you’re not worth it or you’re not good enough. You are your own destiny to happiness. Live your life to the fullest, you only have one so make it count.

Quote: See it, believe it, live it