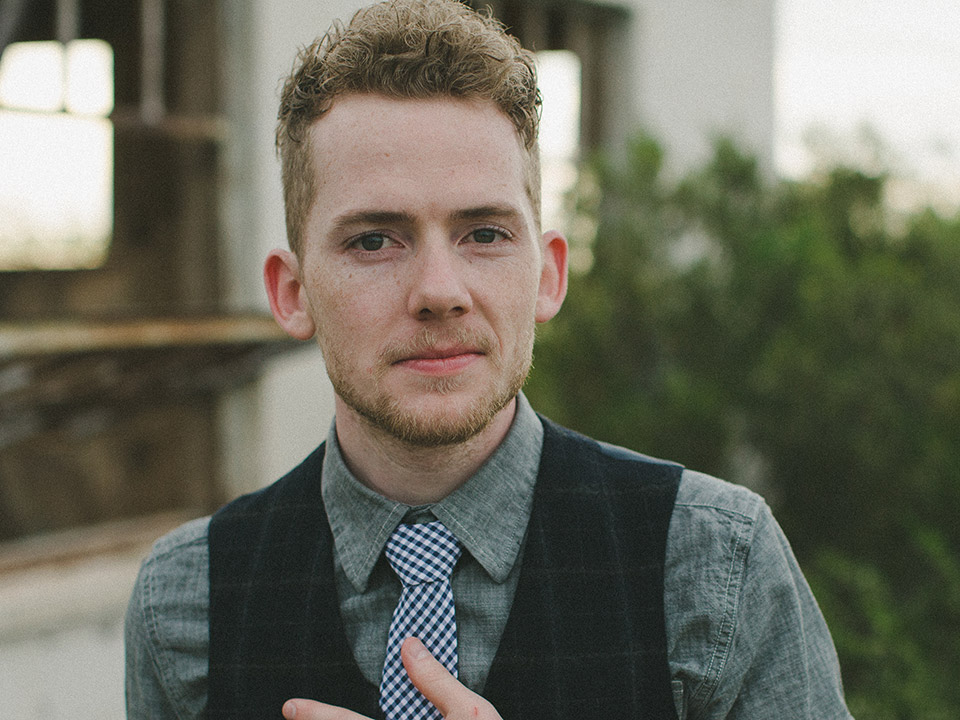 Singer-songwriter and indie rock artist, Taylor Phelan, is launching his solo career fueled by his popularity on the seventh season on NBC’s Emmy Award-winning hit reality series, “The Voice.” After being a highly favored contestant and with help from the name recognition that the show afforded him, Taylor will be releasing his first full-length record titled “Where The Ocean Shallows”.

Taylor’s first single, Harvest The Moon, will be released on July 28. His foray into fatherhood and his daughter’s enchantment with the moon inspired him to compose Harvest The Moon. Her belief that she could reach up, grab the moon and take it with her was the muse for the song.

Before his journey on “The Voice,” Phelan moved to Chicago to form an indie rock band, The Canes, with three fellow musicians. Their noteworthy successes include two independently funded national tours, a development deal signed with private investor Helen Rich with Medallion Media Group, and the two-part release of “Cupid and The Atomic Bomb.”

After taking an extended hiatus with The Canes in March of 2013, Phelan traveled to Los Angeles to pursue his artistry on NBC’s hit reality television singing competition, “The Voice.” Phelan’s Blind Audition garnered over 3 million views on YouTube. After all four coaches turned their chairs to fight for Phelan to join their team, he chose Pharrell as his coach.

Although Phelan was eliminated after his Knockout Round performance, he made a lasting impact on the household name coaches. “The Voice” has given Taylor an extraordinary platform to write, record and partner with many of the industry super-powers he has built relationships with.

Hi Taylor, please tell us a little about you?

Well, I’m 26 years old. Born and raised in Texas. Spent some years living in Chicago so I’ve got love for the midwest. I’m married to a creative wife who runs the company we started a few years ago, Blooming House Collective. I’ve got a spunky little toddler named Addison. She’s great.

I grew up in a fairly musical family so music is something I’ve always been exposed to but I didn’t realize I had a knack for it until I was about 16. I thought myself how play guitar and started writing songs right away and it went from there!

I have a really wide range of musical influences, actually. When I was young, I loved R&B (Brian Mcknight, Cayce and JoJo, Boys II Men). My older sister was all about grunge rock in the 90’s which sort of bridged the rock-n-roll gap for me and I started getting into pop-punk and new- wave bands like Taking Back Sunday, The Killers, Jimmy Eat World, The Smiths, and then Paramore, Copeland, and Switchfoot. At various times, you can hear all of these influences in the songs I write.

I’m nervous every time I’m on a stage. I told myself early on that the stage fright would go away but i was wrong. My nerves are certainly more out of excitement now but they’re still butterflies.

There’s a whole lot that I’d like to do but my primary goal is just to release some music, hope it’s received well and take it to the road.

Tell us about your album “Where The Ocean Shallows”

The content on the record spans some time, for sure. I wrote some of the tunes before I took a year off from music and I’m still writing some of them. The imagery has a very midcentury / southwestern vibe but the sound is pop-sensible indie rock with big, synthesized undertones. It’s just a natural progression for me, stylistically.

Where the name came from?

I wrote a song called “Where The Ocean Shallows” and one of the lines is about a guy who’s body “…washed up where the ocean shallows”. It sounds kind of morbid when I explain it like that but to me, it’s a more paradoxical when paired with the southwest desert imagery. I talk a lot about space, the ocean and the desert. The shoreline is the contrast between a lot of something (water) and very little of something (water). It’s the idea of isolation where there once was an abundance.

What we can expect from the album?

Hopefully some songs you like. Define your album in 3 words? Well, the album and the live show would be 3 totally different words. But together they are… spacey, exciting, loud.

Now tell us about “Harvest The Moon” and when will be released?

 Harvest The Moon is the first song I ever wrote about my daughter! Before she turned two, she had a fascination with the moon… so it’s a fun song about how I’d go get it for her. The song will be available on July 28.

I wrote almost all of them. A friend of mine wrote one of the tunes. I just thought it was a great song and felt like it added to the collection.

How was the experience on “The Voice”

It was awesome. I had a really great time on the show. I really have nothing but positive things to say about my experience.

How was the process to be selected as one of the contenders?

It was definitely a long process! I submitted a video audition online so I only know my experience but I spent quite a while waiting to hear if I’d made it through.

Do you still watch your performances videos and think I could do this or that?

I haven’t gone back to watch my performances in a while but when I’ve watched them before, there are certainly things I think I could have done much better. But it’s an intense environment!

Do you have a Tour coming up or where we can see you performing?

There’s not a tour booked but fall 2015 dates are something we’re working on. We’ve been in development mode for the past several months. Things are finally coming to a head and we’re getting really close to rolling things out.

hmm… coffee in the mornings, at least occasional travel, a sweet treat after dinner, going on adventures with my girls, and music of course.

I really love getting tattoos. Fortunately, I can’t afford to get as many as I probably would if I could! I also like beer a lot but I’m a responsible drinker… I’m a dad.

It wasn’t given directly to me but it’s something I heard Brene Brown say and tell myself anytime I walk into a new situation… “Don’t puff up. Don’t shrink. Maintain your sacred ground.”

I think it’s great. I think it’s weird too. It’s undoubtedly a powerful tool and I use it in that way. My wife has to remind me to post pretty often.

Periscope (which is freakin’ awesome) so you can find me @taylorphelanofficial there too.

Quote: The Lorax: “Which way does a tree fall?” The Once-ler: “Uh, down?” The Lorax: “A tree falls the way it leans. Be careful which way you lean.”

Song: “When you Were Young” by The Killers

Movie: Recently watched Interstellar and thought it was amazing.

Travel Destination: Would love to go to New Zealand or hiking through Iceland would be cool. But I really wouldn’t mind taking a trip to the British Virgin Islands either.

Sports Team: Eh… I don’t know. Whoever I’m watching at the time.