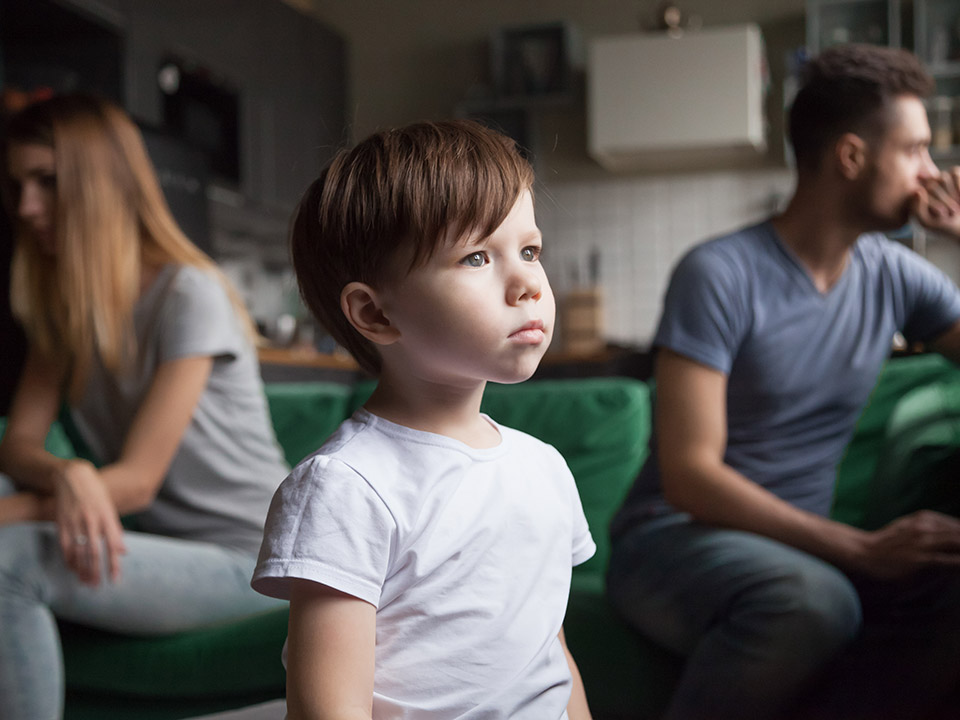 Just like any other profession, marriage is a profession that requires training perseverance and commitment. One has to have faith that it will work despite the circumstances that may not be pleasing at one time or another.

No one anticipates that there is a time that they will separate until the unexpected happens. When issues start popping up, and disagreements in the house become the order of the day, it reaches a point that a decision must be made, and this is parting ways.

In the unfortunate event that separation has to take place when one has a toddler, then there are repercussions, some positive and others negative of which all of them must be managed.

The reactions that come along with having a divorce when one has a child can still have effects of the toddler or on the parent.

Once the decision is made about taking divorce, there are several factors you need to keep in mind when you have young kids, and some of them are detailed here below.

1. Effects of divorce on toddlers when they grow old

When the children are still young and their parents’ marriage break, then as they grow up, they keep learning how to overcome challenges that their parents went through. This becomes an advantage to them because they would not want to follow the route of divorce and will start looking for solutions to their marriages.

In such a case, relationship problems are minimized at a high rate. They have grown to see the pains that were experienced by their parents, and out of 10 people, 3 of them have developed ways to keep their marriages happy.

As per the study taken by the researchers, it proved that those whose parent’s separate while they were still toddlers managed to reorganize themselves and have had healthy relationships all along.

This is another critical point that one should anticipate to get during the divorce. It is most likely that children whose parents separate can have high blood pressure or stroke issues because of thinking hard what befell of them as compared to children of the same age whose parent’s marriages remained intact.

There can be a significant impact of divorce on toddlers, especially in the relationship with their parents. In most cases, the custodial parent remains attached more than the other parent. As such, the parent who left them, who is most likely the father have a strained relationship with their children. As such, it is essential to note that even when the break up takes place, there should be a way of maintaining a close relationship to avoid bitter and distanced cooperation between the father and the toddlers once they grow old.

The reason why such issues take place is that a young child’s foundation was messed up by their parents parting ways at a time when they needed their parents most.

Again, this is the stage where the lives of those babies revolve around their parents, and they mean life to them.

When we understand these issues, it’s important then that if a divorce must take place, they should then agree on the way forward. Filing for an online divorce can be a good option because it helps to save money that could otherwise have been used by the lawyers who would invoice highly of the documentation of the filing process, submission of documents and court attendance.

Remember that an attorney’s work is to represent you and any service they offer is meant to give them an earning.

However, you need to have an uncontested divorce where you agree with how the custodianship of the children will be done since money is twice as important when you have a baby, look for a money-saving option such as the online divorce which is cheaper and quicker of divorce.

Ensure that you obtain the relevant divorce papers to ensure that even when divorcing with small children, all their welfare is considered which forms part of a successful breakup, issues such as the child’s upkeep and custodianship should not bring any fights but one should put down point by point. During the divorce settlement process, this will not be a challenge since there is an agreement of how the kids will be supported.

Once the decree is made, and you move out, there will be effects on the young children and some of these include.

• Lack of sleep- They will stay awake for a considerable period.

• Recurring of old ways – For instance, a 2-year-old toddler can start thumb sucking and refuse to use the potty which had already been trained.

• Increased crying- There are instances thereby, as the parent leaves, they keep crying and gets hold of her to try and win them back to feel secure.

• Throwing tantrums every now and them and change of behavior like refusing to eat or to play with other kids.

• Anxiety increases and at times, and they develop mixed reactions whereby they can opt to keep quiet even to their beloved custodial parent

Also, before a parent notices such issues, consider talking to the toddlers by re-assuring them that all is well and nothing is going to change as far as you are with them. Some ways of re-assuring them include;

Talking to them in a simple way about your divorce.

In as much as the toddlers are young, they understand their environments. For example, they are well aware that they no longer live as a complete family, and most likely, the father is away. Therefore, it is essential to explain to them that you will be staying with them and continue loving them as before. Of the utmost concern is about their dad, you ought to let them know that he still loves them and will be coming to visit them often.

Communicate at the right time about the issues concerning your divorce.

When the decree is made, take time and communicate to the young children early enough to reduce the anxiety that may build if they are surprised so soon to the time you are moving out.

Create a peaceful environment once you move out.

There should be a smooth transition to a new life. Ensure that you create an environment which they will still feel that it’s like changing houses and nothing much. Have fun and bond with them as much as possible.

Going out for a horse ride, or a game park walk can make them feel loved and -reassured of their security.

Be responsive to their questions.

When deciding to divorce with a toddler, be aware of the questions they will keep asking. For instance, they may ask why Daddy no longer lives with them, and when they expect him back. Honestly answer the questions so that they grow to know that there is no chance of turning back, but re-assure that he loves them wherever he is.

Speak Positive things to your toddler about your Ex.

Do not create a gap by enforcing negativity on your children about their other parent. The more you impact them with such information, the more they develop a hard character.

You will not be able to instill discipline effectively on your own. You still require the support of your Ex when it comes to laying down the rules and discipline.

When you talk wrong about your Ex, they will not respect him, and this may lead to permanent indiscipline.

Most children who divert their discipline are as a result of being fed with negative information, and they end up being drug addicts and may never get a complete home.

When you have finally divorced, keep your children as the center of interest, meet their financial, emotional, and physical needs.

Their health should be your priority since children of young age tend to be affected by small issues and infections.

The other point is that you should not hold on to them so much, As they continue to grow, allow them to have an open mind for discussions, let them have control over their decisions, like going to visit your Ex.

Do not be too hard on dictating when they should visit. This will only draw unnecessary rifts. When they ask for guidance from you, take the lead and respectfully show them what they should do to achieve their short term goals as toddlers.

How Does Depression Affect Your Daily Life?

Got Your Breasts Augmented? Here’s What You Need to Do After

Improve Your Eligibility for Home Loans