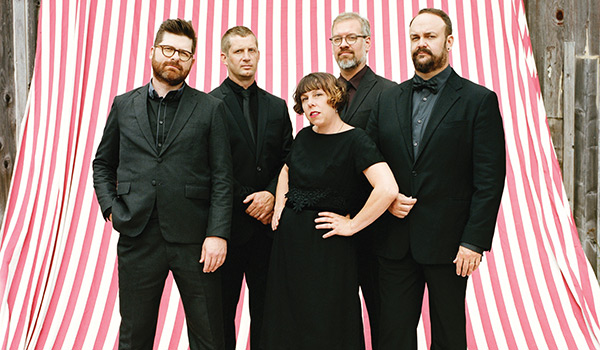 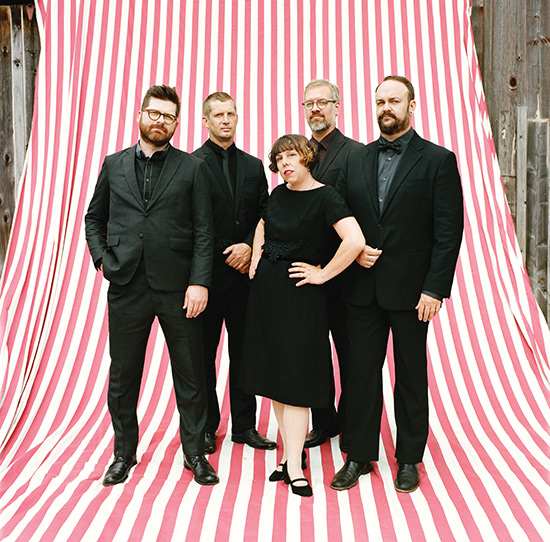 The Decemberists have premiered their new album What a Terrible World, What a Beautiful World with an iTunes First Play exclusive album stream. Listen to the album in its entirety for a limited time at iTunesRadio.com/TheDecemberists. Customers who pre-order the album at iTunes.com/thedecemberists will instantly receive four tracks including “A Beginning Song” which was released today and can also be heard via a new lyric video.

What a Terrible World, What a Beautiful World will be released January 20, 2015 on Capitol Records, and the city of Portland, Oregon will declare that date “The Decemberists Day” with an official proclamation that will be presented to the band by Portland’s mayor Charlie Hales at a City Hall ceremony. The free event takes place next Tuesday at 2:00pm will also include a performance by the band and the unveiling of a collaborative art piece inspired by the album that was created by 50 local Portland artists and small businesses.

The Decemberists have also announced an outdoor stage performance on Jimmy Kimmel Live! on January 22, and will kick off a European tour on February 11 followed by North American dates beginning March 21 in Portland. The band was recently announced as part of the line-up for The Governors Ball Music Festival which takes place in New York City June 5-7. See below for a full itinerary or visit thedecemberists.com, where an exclusive deluxe set and t-shirt bundles are available and fans can enter a contest to win an exclusive handmade quilt fashioned on the album’s artwork.

What a Terrible World, What a Beautiful World is The Decemberists’ seventh studio album and the follow-up to 2011’s The King Is Dead, which debuted at No. 1 on the Billboard 200 and featured the GRAMMY-nominated song “Down By The Water.” Produced by The Decemberists and long-time collaborator Tucker Martine (My Morning Jacket, Neko Case), it’s the group’s most varied and dynamic work yet. The album’s lead single “Make You Better” continues its ascent of the Triple-A radio charts reaching #3 this week. Watch the video starring Nick Offerman HERE.

TIGERLILY TEAMS UP WITH THE ONLY FOR ‘DAYLIGHT’