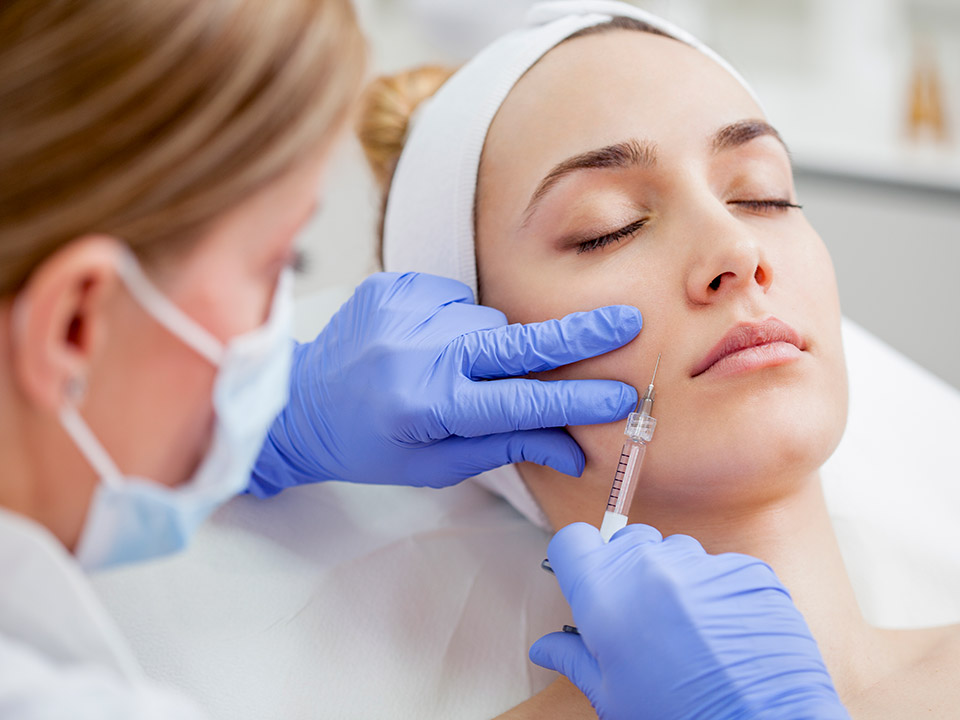 Ever thought about getting a cosmetic procedure done and wondered how many people actual get work done? Well, it might be more common than you think.

Research from comparethemarket.com.au reveals every country’s favourite cosmetic procedures, looking at both surgical and non-surgical alternatives. Botox, laser hair removal and liposuction come out as the top three, with Botox revealed as the most desired in 82 countries across the world. 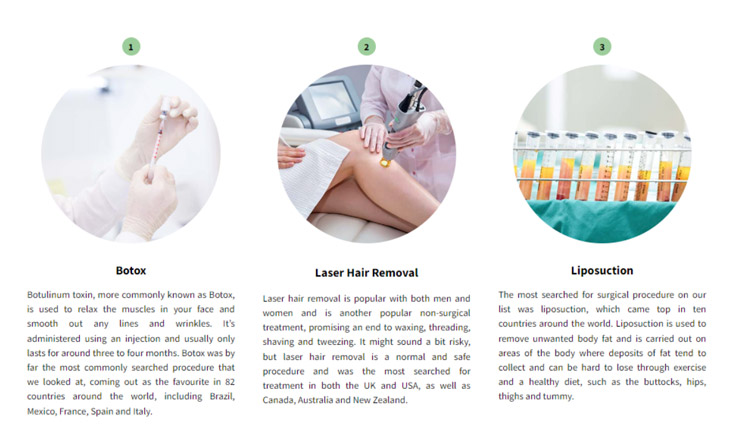 Botulinum toxin, more commonly known as Botox, is used to relax the muscles in your face and smooth out any lines and wrinkles. It’s administered using an injection and usually only lasts for around three to four months. Botox was by far the most commonly searched procedure that was looked at, coming out as the favourite in 82 countries around the world, including Brazil, Mexico, France, Spain and Italy.

Laser hair removal is popular with both men and women and is another popular non-surgical treatment, promising an end to waxing, threading, shaving and tweezing. It might sound a bit risky, but laser hair removal is a normal and safe procedure and was the most searched for treatment in both the UK and USA, as well as Canada, Australia and New Zealand.

The most searched-for surgical procedure on the list was liposuction, which came out on top in ten countries around the world. Liposuction is used to remove unwanted body fat and is carried out on areas of the body where deposits of fat tend to collect and can be hard to lose through exercise and a healthy diet, such as the buttocks, hips, thighs and tummy.

What is the difference between surgical and non-surgical cosmetic procedures?

The most obvious is that plastic surgery aims to repair disfigurement and reconstruct body parts, while cosmetic surgery aims to restore and improve surface-level appearances. Of the surgical type, Liposuction has been found to be the most common procedure done to the body. For less invasive surgeries, Botox is the clear winner in cosmetics for 111 countries around the world.

Liposuction was favoured in the highest number of countries (33), others such as hair transplants (25) and facelifts (23) weren’t far behind. Rhinoplasty was also relatively high with 16 countries favouring the surgery. A commonality with these surgeries is that they revolve around the face. The next procedure across half of the countries compared to the Rhinoplasty was the tummy tuck. As one can understand, females are the greatest percentage of participants when it comes to these types of procedures.

Botox came out on top in 111 countries around the world, and the other types of non-surgical procedures quickly drop off in popularity with laser hair removal next in order across 13 countries. Microdermabrasion and sclerotherapy treatments quickly dropped in popularity as well, while permanent makeup only took the top spot in Germany

What Are These Procedures?

Microdermabrasion is a non-surgical alternative to a facelift, offering to remove crow’s feet, age spots and acne scars by applying a mechanical handpiece to the skin which removes dead skin cells and helps to promote the growth of new, healthy ones and the production of collagen.

Sclerotherapy is a non-surgical procedure where the solution is injected into the blood vessel or lymph vessel which allows them to shrink in size. Common names for these types of enlarges vessels are varicose veins or spider veins. The reasoning behind these types of veins occurs when blood pools in the veins and the poor functionality of the vein valves. These can often cause itchiness, pain or skin discolouring.

Also known as a nose job, this form of surgery can be completed for cosmetic or functional reasons. Surgery can be done to reshape the ridge of the nose or repair the structural integrity of the nasal cavity or air canals. However, in recent years, cosmetic procedures like this have become exceedingly more common due to their ability to reshape or change the aesthetic of the face.

Due to the extensive surgeries and ongoing prices involved with the upkeep of cosmetic procedures, it is important to do your research when it comes to health insurance. The correct plan could save you a lot of money in return, especially when paying for more invasive surgeries. With the right insurance, you’ll have access to private hospitals, rooms and doctors, not to mention the extras.

How to Choose the Best Blender for your Smoothies

5 Things to Know When Buying the Flowermate

The CBD Market: A Beginner’s Guide to Affiliate Marketing