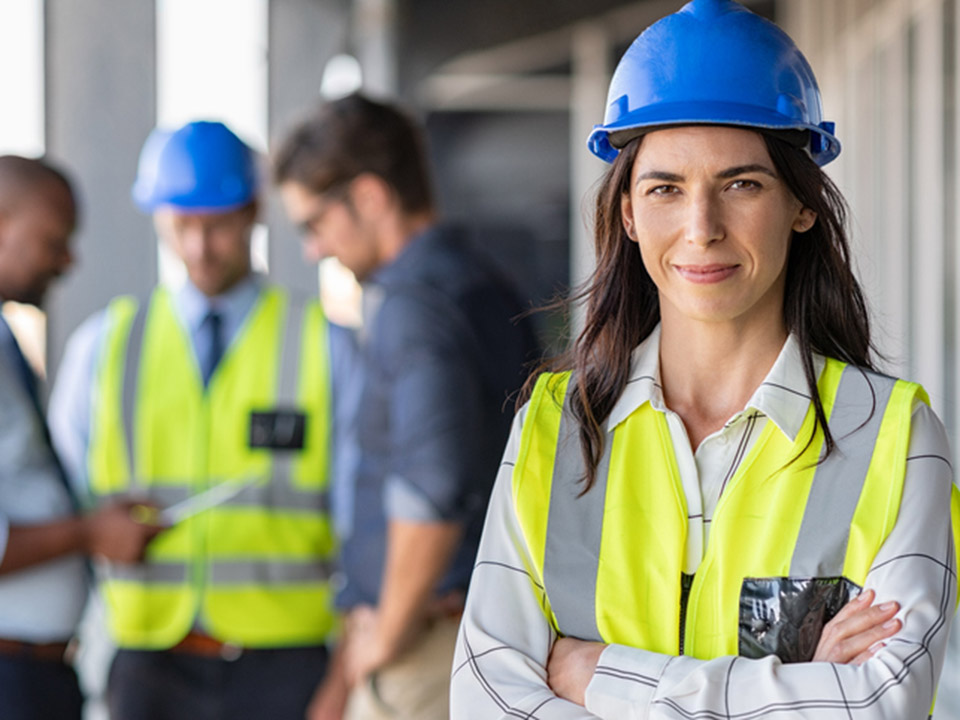 In the UK, only 14.5% of engineers are female. Since 2016, the number of female engineers in the UK has risen by 25.7%. While this is undoubtedly a step in the right direction, there is still a lot that needs to be done to address this glaring gender gap.

A quick glance around Europe reveals that other countries are managing to achieve a more even split. For example, in Spain, there is an even split between men and women in the profession. So, what exactly is going wrong for women who dream of being engineers in the UK?

Could it be that there aren’t enough female role models in the profession and like the saying says, “you can’t be what you can’t see”? Or do they fear working in a male-dominated industry and the risk of sexism that comes with it?

Once women make it into engineering roles, most are satisfied with where they are. The trouble seems to be in convincing girls that it’s a path they should want to follow. At university, we see a more even split between male and female students. But the facts don’t lie. Around 40% of women with an engineering degree don’t enter the profession.

Not too long ago, we could point to several societal failings to explain the gender gap in engineering. From young girls being told that maths is a “boy” thing, to older girls being guided towards softer subjects.

But now, the idea that children are guided through a path that says, “these are careers for women, and these are careers for men”, is long gone. According to one survey, girls of all ages generally agree that engineering is a career path open to both men and women. And yet, many of them still aren’t choosing this path.

Could it be that British engineering just isn’t an attractive offer for young women, or young men, either? Even boys are turning their back on the profession and deciding their attention would be better placed elsewhere.

Engineering is having an image crisis and struggling to convince many young people that they should head down this path.

This is a UK problem, not a global problem

As mentioned above, Spain has no problem attracting an even split of men and women to the engineering profession. However, it seems that the UK simply hasn’t presented engineering with the same prestige as other countries worldwide.

Engineering in the UK is considered a role in which you’ll wear a hard hat and overalls and work on a muddy site. Despite the fact that many engineers work in office environments and never see the inside of a high-vis vest, this doesn’t get passed down the

Confusion over the engineer title

In Spain, becoming an engineer requires a process as long as training to be a doctor. When you’re endowed with the engineer title, it’s an honour and a sign of prestige. In the UK, there is a lot of confusion about what an engineer actually is.

Adding the word “engineer” to so many job titles has muddied the waters and made the actual qualification appear less prestigious. No one really knows what an engineer is or what they do, so there’s added confusion that makes the career path far less tempting for boys and girls.

What is the solution?

Engineering in the UK needs more prestige. It needs to be rebranded as an engaging and varied field with lots of opportunities for women to stand out and gain recognition. In some ways, it’s down to individual companies to let potential employees know why they should consider an engineering career.

We need to start elevating the profession and ensuring that those who achieve an engineering qualification feel that their hard work and dedication are noticed. Engineering could enjoy the same gender split as medicine, where around 45% of doctors are women.

There is still a long way to go for most sectors, but putting in the effort to rebrand engineering as a viable career path with exciting prospects needs to happen now. Every year that the engineering sector chooses not to act is another year when another cohort of students chooses another career path. How to Make Outdoors Fun for Kids Coffee Shop Drinks You Can Easily Make at Home