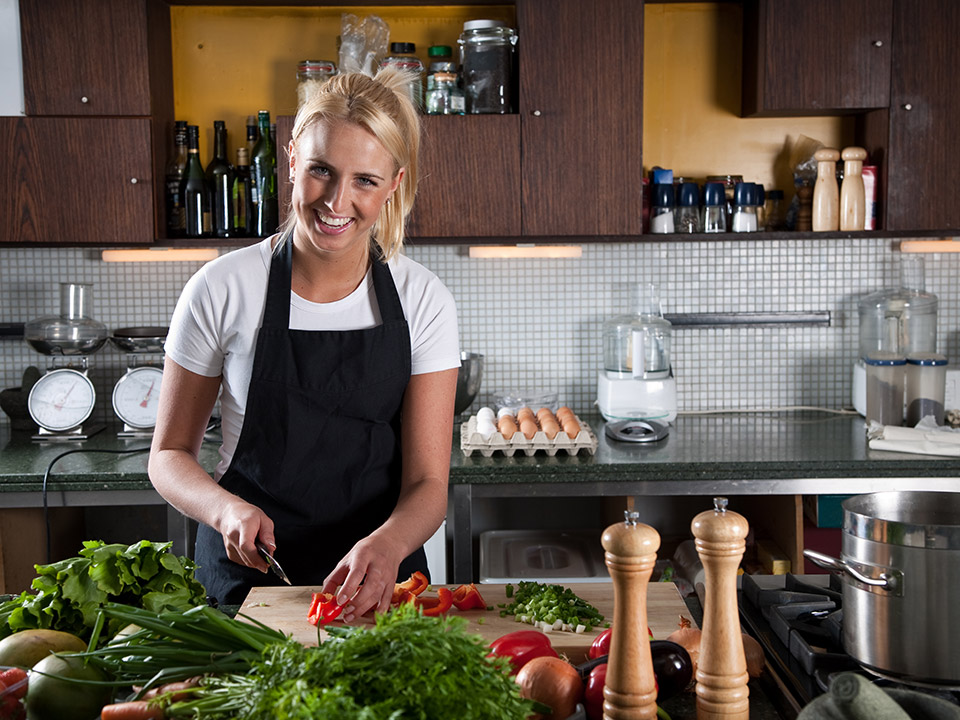 Cooking is something that we have learned to love over the years and we thrive off being able to cook up a storm. Especially when we have friends over, there’s an enormous amount of time spent in the kitchen perfecting whatever dish is on the menu for that night. Things went even crazier with the introduction of television chefs that taught us how to make restaurant-quality food in the comfort of our own home. Despite this, there are still some things we can do in our kitchen that chefs can do in their professional kitchens, however, there are plenty of tricks that will enable us to get close! Here we take a look at some kitchen appliances that will improve your cooking.

Something that was invented in the 1940s was the slow cooker, the original name for it was the Crockpot and it was invented to cook a certain dish eaten on the sabbath. But now it’s been developed into something that can revolutionize our cooking if used correctly. You can make all kinds of stews and soups in a slow cooker and with a timing range of 30 minutes to 20 hours you can make your meat as succulent as you like, or allow flavors to really develop whilst simmering under low heat.

If you haven’t heard of this bit of kit then you’re missing out. The air fryer toaster oven, despite being a mouthful to say, is essentially a compact countertop convection oven. Because it’s smaller it allows for faster cooking by blasting food sitting in a fryer style basket with hot air from the heating source and a fan. This method allows you to cook many different items of food in a variety of ways including air frying (obviously), roasting, baking, and dehydrating. Not only that but it’s virtually smoke-free when using it. There are plenty to choose from but many that aren’t worth the money they cost so take a look at this selection, reading reviews, and understand what each one can do for you in the kitchen is much better than going in blind. Having reviews that have actually tested the products is also really helpful as you can gauge a proper understanding of how the product works via real-life reviews.

This is a bit of kit that will impress your friends when they come over. If you like a drink like a gin and tonic or anything that requires a bit of fruit in then why not dehydrate it first? It intensifies the flavor when put into a drink and allows it to really show off its qualities. The fruit isn’t the only thing you can dehydrate though, what about playing around with some cuts of meat and creating your own jerky or biltong? There are hours of fun to be had with a dehydrator creating new flavors and experimenting in the kitchen!

There are many brands to look at when it comes to blenders now and some are at the top of the pile for a reason, there are even some that we use for the appliance even though it’s a brand name. The benefit of having a decent blender in your kitchen is the versatility it provides, there’s something rather difficult about making a nice thick, creamy curry sauce without having the ability to blend it up. The same goes for any kind of dip you’re making for the side a dish. What’s better than making a smoothie every morning? Having something full of vitamins and nutrients to start your day will get you ready for the day ahead, something that isn’t possible without a blender!

As previously stated there are an awful lot of these on the market so take your time looking into what features you would want for yours. Or you can do what most people do and go with the industry leader.

If you’re not from an Asian country then a rice cooker might seem like a strange thing to think about, I know the first time I saw one I was amazed at just how easy it was to make rice in one. Not only that but it’s literally perfect every time! I always cooked my rice in a pan of water on the stove but since seeing this my rice game has upped dramatically!

There are always different gadgets that are going to help you in the kitchen, the best thing you can do is to assess what cooking you do the majority of the time and see if there is anything that is going to assist you. For example, if you do cook rice a lot then I wouldn’t hesitate in buying a rice cooker, it’s been an absolute lifesaver in the kitchen! Quick, clean, and easy.

How to Use an Air Fryer to Benefit Your Health

Interesting Facts About the Trumpet That You Need to Know About

How Can Eyelash Artists Remain Productive During Lockdown?