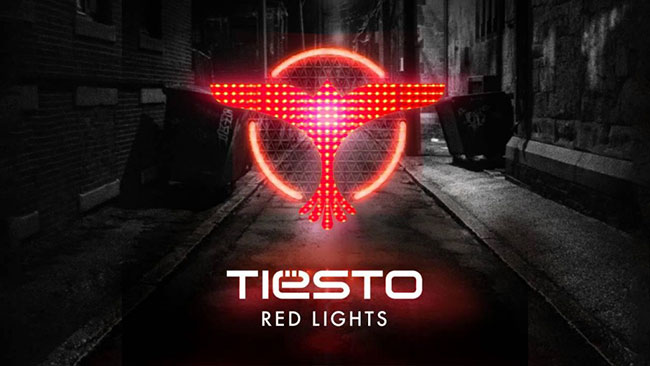 FULL-LENGTH ALBUM FOR CASABLANCA RECORDS DUE OUT SOON

Once again blazing trails for Dance Music, genre icon TIËSTO unlocked the new music video for his single “Red Lights” via Shazam this past Friday. Users who “tagged” the track through the app got a sneak peek at the clip in its entirety before its official VEVO premiere today. Now, you can watch “Red Lights” on VEVO!

The song is the first to be released under his freshly cemented partnership with Casablanca Records and Republic Records, and it also gives audiences an initial taste of what’s to come from his fifth full-length album—due out later this year. “Red Lights” cruises ahead at full speed, merging kinetic house music energy and unforgettable pop prowess. It’s signatureTIËSTO, but it also heralds the next phase for EDM.

TIËSTO is one of the most recognizable forces in the genre. He’s received the adoration of millions worldwide, garnered Grammy Award nominations, opened the 2004 Olympic Games, been named “The Greatest DJ of All Time” by Mixmag and the “#1” DJ by Rolling Stone, partnered with Guess and AKG for his own brands, headlined festivals worldwide includingUltra Music Festival, and Electric Daisy Carnival, launched the “Club Life” channel on Sirius XM, and hosted a storied 20-month residency at Hakkasan Las Vegas Restaurant and Nightclub and Wet Republic pool party at MGM Grand Hotel & Casino.