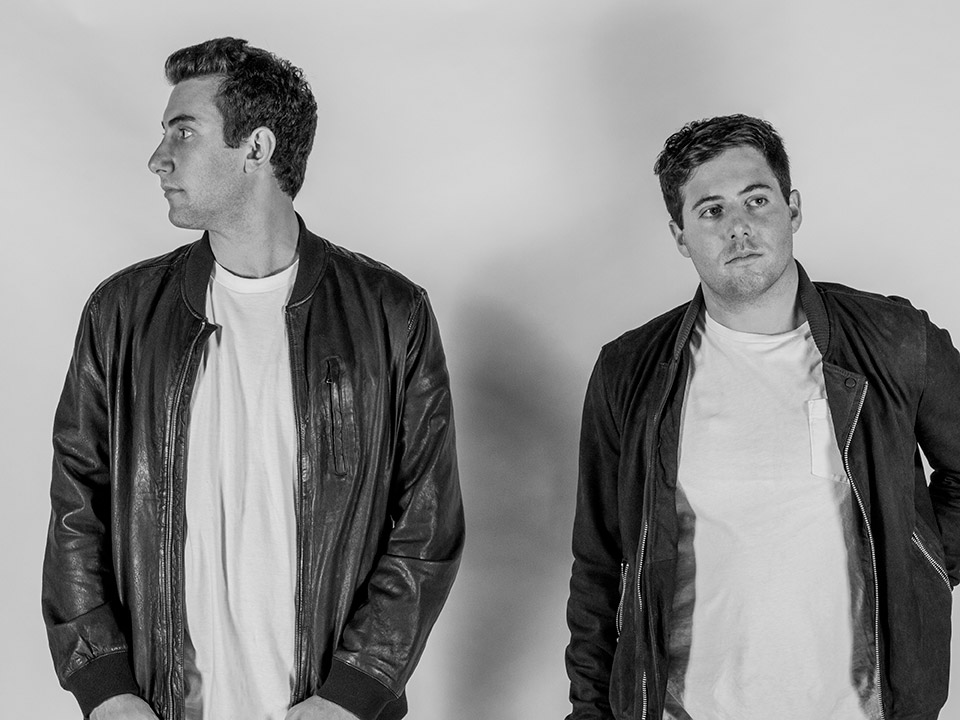 Matt Halper and Eli Sones, the young masterminds behind Two Friends, have quickly revamped from high school bedroom producers to one of the most promising dance music duos of 2016. Known for their viral remixes of “Trap Queen”, “I Miss You” and “Cool”, the two have, in unprecedented time, mastered a wide range of genres from deep, melodic house to harder progressive cuts. With their Spotify and SoundCloud views now exceeding 17 million and with eleven #1’s on Hype Machine, the boys are well on their way to becoming the next big dance act to come out of America.

Kicking off their musical journey in senior year of high school, the boys honed their skills through remixing, taking on the likes of The Chainsmokers, Blink 182, Tori Kelly and Alesso to name but a few. Perfecting their distinct “Soul House” style, Two Friends were quick to prove their versatile production techniques, drawing upon a wide variety of live instrumentation to create a truly multi-faceted sound with every release. After receiving the “Award of Independent Excellence” from Hollywood Music in Media Awards, Two Friends swiftly exceeded their influence beyond the online sphere, attracting the spotlight on stage and radio. While Don Diablo was dropping Two Friends remixes on Hexagon Radio, their remix of Lana Del Rey’s hit “Born To Die” scored airplay on Sirius XM, securing the boys a top ten spot in the BPM Hits Chart in 2014.

Following multiple performances at San Francisco’s Ruby Skye, as well as shows at New York’s illustrious Webster Hall and the Fonda Theatre in Los Angeles, the boys soon branched out to venues in Denmark, Mexico and Canada, showing off their potential in the international arena.

With support now coming from the likes of The Chainsmokers, Krewella and Tritonal, and with a whole host of original releases locked in for 2016, Matt and Eli undoubtedly look set to dominate this year and beyond.

Hi guys please tell us a little about you both?

We are Matt & Eli, and together we are Two Friends, a DJ/producer duo out of Los Angeles. We met when we were 12 years old, when we went to the same middle school together. At the very end of high school, we decided to team up to make music together, and the past four and half years of doing that have been the ride of a lifetime.

I think we’d go with our parents. They have taught us so many invaluable lessons about life and have supported us on our musical endeavors since Day 1. There is absolutely no way we’d be doing what we do if it weren’t for their guidance, love, wisdom, and sacrifices.

When and how did you both start producing together?

We actually started producing together right before each of us went off to college, so right in the summer of 2011. We went to different colleges, thousands of miles apart, so it was definitely a weird time to start a duo, but I think we were just sort of looking for a new hobby during that summer, and producing music seemed like the obvious choice. Matt has a strong background in guitar and was also part of the school choirs, and Eli had been making mashups and learning how to DJ, so we thought our skills would compliment each other nicely and that we’d be a good team. And the fact that we had been best friends for the past 6 years was certainly a bonus too. We bought ProTools one day, and the rest is history…

Do you have any particular musical influences?

There are a lot of influences we have within the realm of dance music, but we also have a ton of influences from other genres that might not be as expected. We grew up listening to bands such as Death Cab For Cutie, Blink-182, Goo Goo Dolls, and many more. I think those guys influence our songwriting styles— we often times write with a kind of alt-rock/indie/pop vibe— and also what types of melodies we enjoy. And they also might subconsciously push us to use a lot of live instruments in our songs.

Waking up and being able to make music as our “job.” And then traveling around the world to perform the music we make, also as part of our “job.” Doesn’t seem like real life a lot of times.

Now tell us about your recent hit “Forever”?

“Forever” is definitely a special one for us, and we’re so happy that it’s finally out there and that we’ve been getting such amazing reactions so far. This one was actually written and recorded over three years ago, but we kind of wanted to wait for our production skills to mature so that we could do it justice and execute the vision we had for the song. The vocalist, ktpearl, actually went to high school with us (and was in the very class with us where we came up with the name Two Friends), and she absolutely kills it with her beautiful, soulful vocals. “Forever” is just the beginning of so much original music coming out in 2016 and beyond, and we have never felt more excited.

Definitely a few in the works. And we’re planning on doing lots, lots more— super excited about a bunch of them. The dance music community is truly unlike any other genre, and it’s been so fun getting to know a lot of the guys chasing their dreams just like us.

Within dance music, some of our favorite acts are people like Don Diablo, The Chainsmokers, Audien, Alesso, and many more. But beyond that, it would be so awesome to collaborate with vocalists from all sorts of different genres, such as Ben Gibbard from Death Cab for Cutie, or Alex Trimble from Two Door Cinema Club.

What is the best city that you have travelled to as a tourist/working?

I think we’re gonna go with Puerto Vallarta. The show we did there was a ton of fun, but also just hanging by the beach for the long weekend, drinking margaritas, eating amazing food, swimming, and relaxing. And this was while we were actually still in school— needless to say, our friends and classmates were extremely jealous.

Matt: Always try to give before you ask.
Eli: Be nice to people.

Funniest thing that ever happened at a show?

At a show we did in San Francisco, some of our best friends were in the front row and, much to our amusement, decided to jump on stage. I guess the security guards didn’t realize that they were our friends and that we were happy to have them on-stage dancing, so our friends ended up getting tackled off the stage immediately (while we were cracking up). Luckily, they don’t regret it one bit.

Any hobbies or passions aside from music?

Now that music can’t really considered a hobby, it makes it a lot tougher to answer haha. Some of Eli’s other hobbies are basketball, board games, traveling, and trying as many varieties of homemade root beer as possible. Matt’s include playing all types of sports, fantasy football, cooking, and re-watching Prison Break.

It’s definitely been an amazing way for us to connect with our fans and show our personalities, and it has helped us strengthen the overall Two Friends brand. We tend to think of ourselves as pretty funny guys, so it’s always fun to come up with funny skits every now and then to entertain our audience in between music releases and to make sure they are eagerly waiting for when we do have releases to share with them.

Matt: Livin’ on a Prayer by Bon Jovi
Eli: Stan by Eminem & Dido

Matt: Limitless or Inception
Eli: The Martian, and also Like Mike

Matt: Ender’s Game
Eli: The Art of Racing in the Rain

Matt: Show Me Your TDs (my fantasy football team this past year)
Eli: Lakers. Kobe.