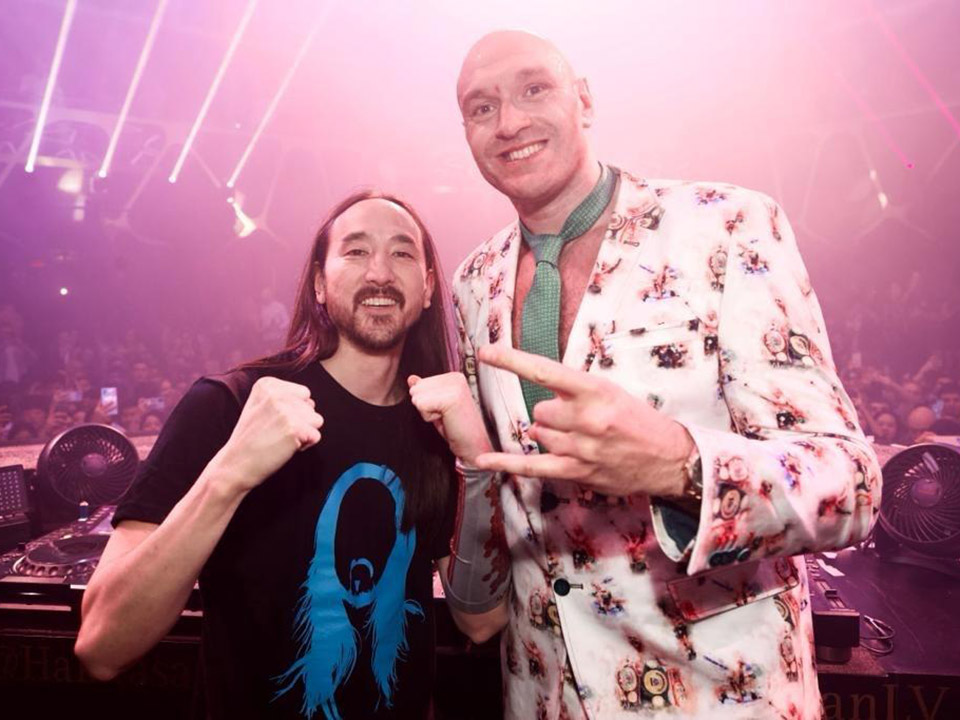 On Saturday, Feb. 22, WBC heavyweight champion and famed ‘Gypsy King’ Tyson Fury celebrated his domination over Deontay ‘The Bronze Bomber’ Wilder at the famed Hakkasan Nightclub at MGM Grand Hotel & Casino in Las Vegas. Fury arrived at the acclaimed nightlife spot around 1 a.m. dressed in a white suit patterned with images of his face, completed by a green tie. Members of his crew also sported dress shirts with the same Tyson Fury face pattern. 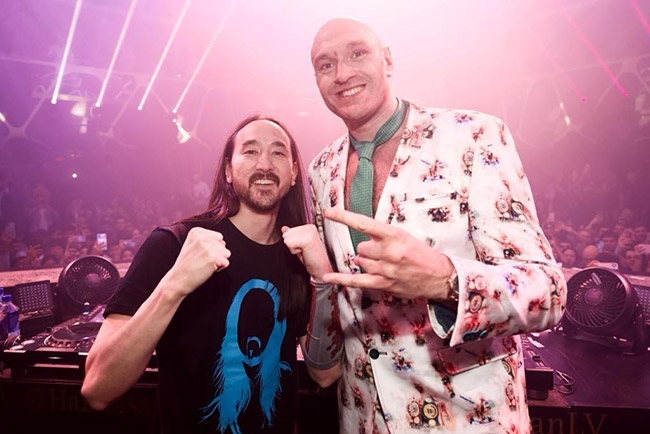 Fury arrived with a crew of 50 people including his brother and “Love Island” reality TV star, Tommy Fury. The champion was welcomed with an elaborate boxing theme soiree with model waitresses dressed in robes and gloves, holding custom signs adorned with the text “the king has returned.” The boxing superstar celebrated with bottles of Grey Goose, Dom Pérignon and Bud Light at his two exclusive VIP tables. Later in the evening, Fury joined the globally recognized DJ and producer, Steve Aoki, in the DJ booth. Aoki took to the mic and shouted “Vegas, give it up for Tyson Fury” to the sold out crowd. Aoki then began playing “Sweet Caroline” by Neil Diamond, a song Fury is known for often singing, followed by Don McLean’s “American Pie,” the song he sang just after winning the belt. The duo shared a mic and sang along with the crowd. Fury and friends exited the venue around 2:30 a.m. 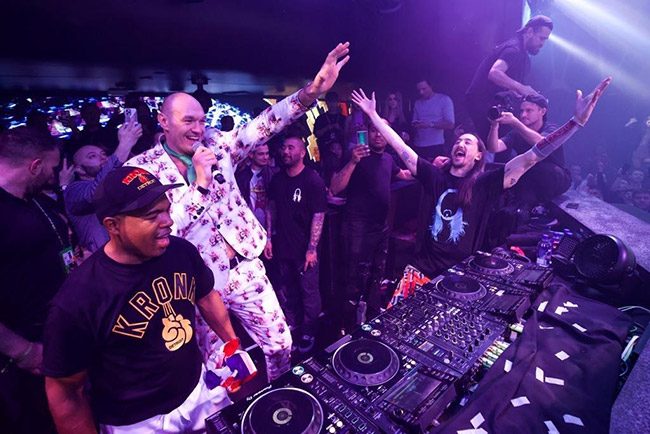 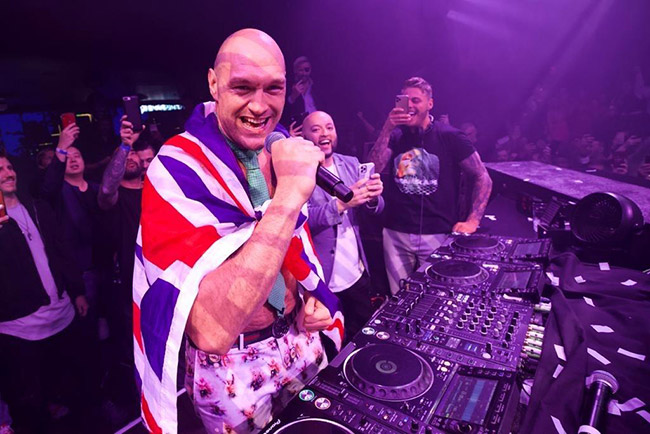