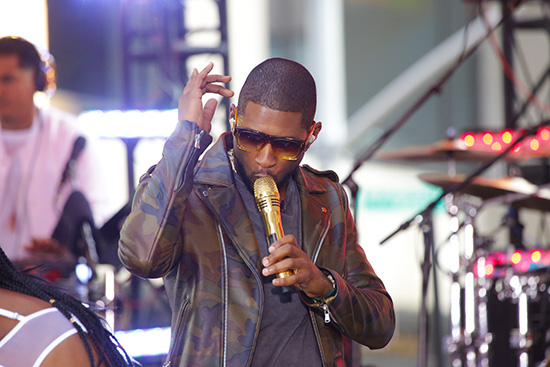 After a three-year break from the stage, Usher christened his return on The Today Show’s Summer Concert series with a series of hot performances friday morning. 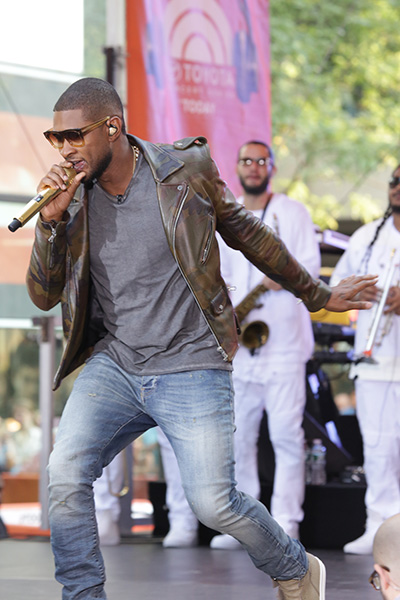 As the eight-time Grammy Award winner made his way to the stage to perform his uptempo new hit single “She Came to Give It to You,” he danced with people in the crowd, slapped high-fives, and surprised a stunned female spectator with a smooch.

Usher said that’s what concertgoers can expect on his upcoming “The UR Experience” tour, which kicks off in November and is slated to hit 27 cities in North America.

“I can’t wait to get back to the stage and the unpredictability of what it is,” he said. “You never know what’s gonna happen. City to city, it’s a different show every night.” Later, he added, “I may be in the audience … and you might get a kiss.” 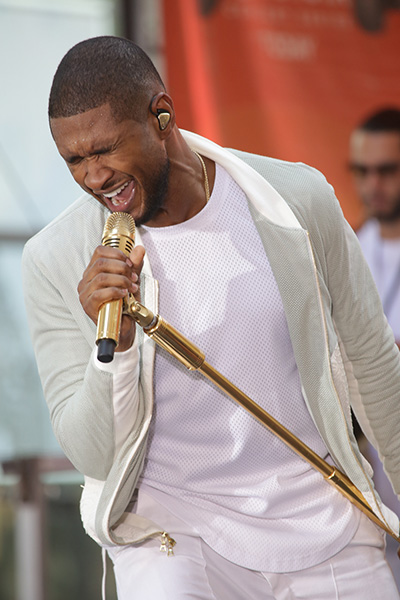 Things only got hotter from there, with Usher dipping into his vast archive for a medley of “U Don’t Have To Call,” “Caught Up,” “OMG” and “Good Kisser.”

His eighth studio album UR is due out this fall. 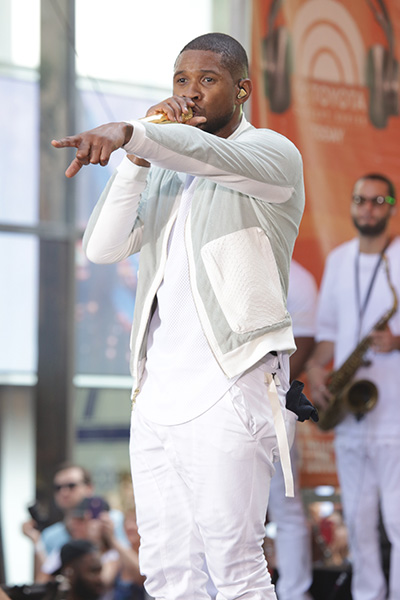 The Gorgeous Paris Hilton and her Cute Companion Spotted in Beverly...