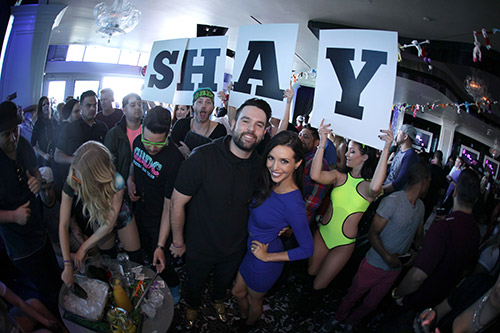 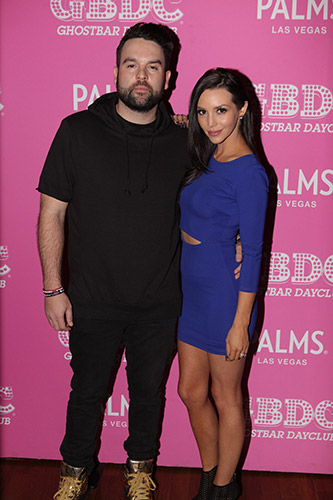 Shay was joined by wife, Scheana Shay, who when was asked to describe in one word how the show’s season four reunion went that was filmed yesterday, jokingly replied “If you can hyphenate the word shit show, that’s what I would say!” 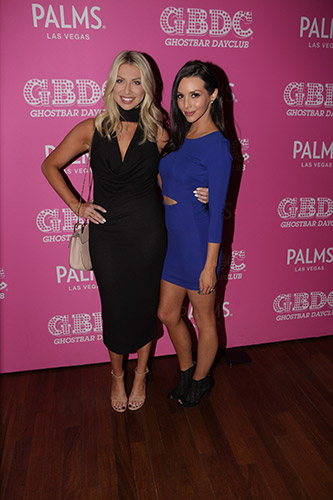 Fellow costar, Stassi Schroeder, was also in attendance and was all smiles while talking about her podcast show she’s been busy working on. 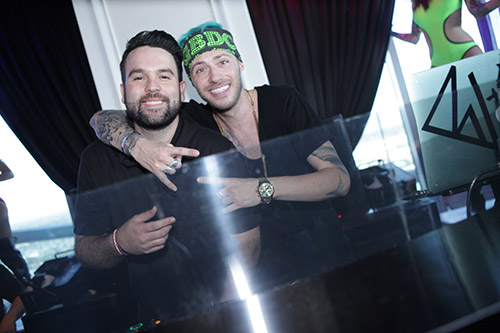 When DJ Mike Shay took to the booth, Scheana instantly jumped up from her VIP booth and adoringly captured video while cheering her partner on in action. 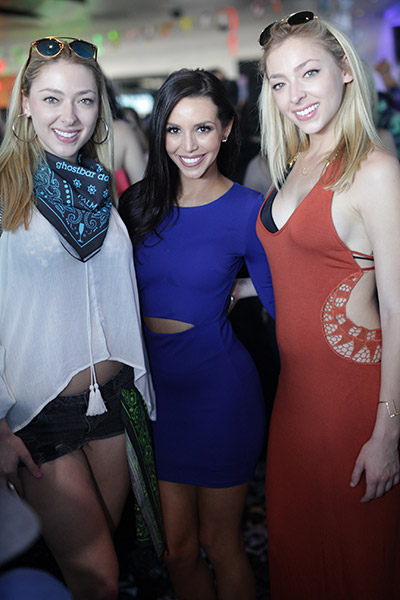 Spotted partying separately were “Big Brother” reality stars, Liz and Julia Nolan, who both appeared on the seventeenth season of the popular show.  The crowd went crazy when a member of Nolan’s entourage sprayed the surrounding crowd with a stack of $1 bills, while both sisters continued to dance and revel in excitement under a shower of money.