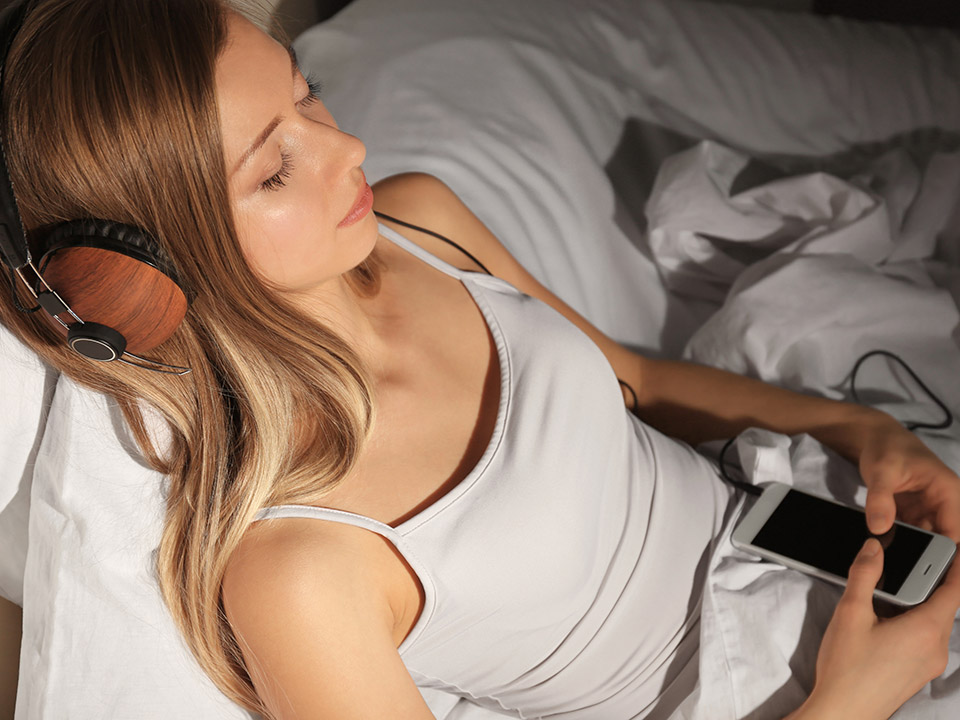 In addition to choosing the right mattress, the music that you listen to before bed can have an impact on your sleep quality. Choosing the right music can allow you to get to sleep faster and get a better rest! However, the wrong music will actually make getting a good sleep at night harder. A study that was recently done in the UK found that listening to relaxing music around bedtime can reduce your anxiety levels by as much as 65%.

However, the music that was used for this study was specifically designed to be a relaxing tune to listen to before bed. This music is actually designed to effectively trick your body into becoming more relaxed and preparing for sleep. There are many other songs that can be effective as well, but these are five of the best ones:

This song was designed as a result of collaboration between Macaroni Union and sleep researchers. It’s fairly slow paced at only 60 beats per minute, and then it slows down to a mere 50 beats per minute very gradually. This shift is very slow and subtle, but it plays a key role in making this one of the most relaxing songs that you can choose.

This relaxing song was written more than 100 years ago, but it’s still one of the best songs to listen to if you need to get a good night’s sleep. Overall, it is similar to classical music in style, and the style of this song (along with Claude Debussy’s other songs) has some similarity to the impressionist style of art, which was quite popular at the time and remains popular today.

Mozart was one of the earliest composers of classical music, and he has created some of the most widely known classical songs that are listened to today. Classical music is known for being exceptionally relaxing, which makes this one of the best songs to choose when you’re getting ready for bed. Studies have shown that classical music can improve the quality of your sleep.

Simon and Garfunkel made some of the most famous early rock and roll songs, and “The Boxer” is one of the most famous ones. This song has a slow tempo that makes it perfect for getting relaxed in the evening. Not only is this still an extremely popular song, but it has been performed by many other music artists.

Fredric Chopin produced music in the early 1800s, and his songs were composed in the classical style. He was one of the most famous musicians of his era, and Nocturne in E Flat Major Op. 9 No. 2 is a favorite song of many classical music fans. Most of his songs have a relaxing quality, and this one is no exception. In fact, this song can help to get you relaxed and ready for bed after a stressful day.

Is there a difference between a rehab facility and a sober...

5 Ways That Archery Enhances Your Ability To Focus

A Practical Guide to Calisthenics Training