Home Editorials EDITORIALS FEATURES When Does a Vaping Device Become a Fashion Statement? 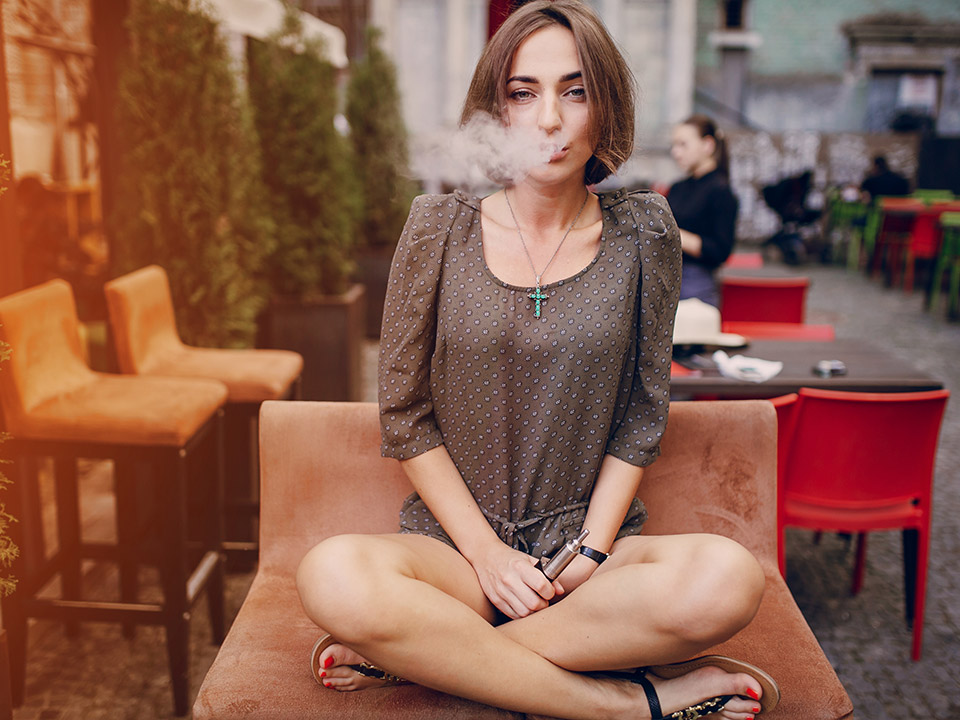 When you browse the forums and subreddits about vaping, you’re likely to see a huge number of pictures posted by people who want to show off the new vaping devices they’ve purchased or the customizations made to their existing devices. When you think about it, that’s entirely understandable. Cigarettes, after all, are just about the exact opposite of what’s fashionable. Long-term smokers are used to hiding their packs of cigarettes and seeing people grimace when they smell the smoke that lingers after a cigarette break. Being a smoker, in other words, is really bad for a person’s self-esteem.

Quitting smoking and switching to vaping can seriously improve the way you perceive yourself. It’s symbolic of a major life change. A vaping device also replaces something that’s almost universally considered ugly. Switching to vaping means no longer having to endure the sideways glances when you step out for a smoke break. It means no longer washing your hands constantly and spraying yourself with various scents in a vain attempt to remove the lingering smell of smoke. It’s no surprise, then, that you’d want to show your new vaping device off. Why wouldn’t you flaunt the positive change that you’ve made to your life?

Considering the factors cited above, it’s no shock that vaping has become something of a fashion statement among those who have successfully used vaping to quit smoking – and with fashion in mind, the vaping product manufacturers of the world are doing their best to create devices worthy of being shown off. So, when does a vaping device become a fashion statement? These are just a few of the things that you’ll find today if you shop around for a vaping device that offers some eye appeal.

Cigalikes Aren’t What They Used to Be

Over the past several years, makers of cigalikes like V2 Cigs UK have learned that people who switch to vaping don’t necessarily want to use devices that look like real cigarettes. The problem with cigarettes, though, isn’t the shape. The cigarette form factor definitely works. People love having the ability to hold their vaping device between two fingers, and they also enjoy having a device that generates vapor automatically upon inhalation. What they don’t necessarily want, however, is a device that tries to look exactly like a tobacco cigarette. E-cigarette makers have met the demand by creating cigalikes that use the convenient cylindrical form factor of tobacco cigarettes but replace the traditional brown-and-white color of tobacco cigarettes with a wide variety of fashionable colors.

Until relatively recently, vaping devices only came in three form factors. You could buy a cigalike, or you could buy a mod with a tube or box shape – and that was it. These days, though, people are asking for a lot more out of their vaping devices from a fashion standpoint. Who says that a vaping device needs to look like a cigarette, a tube or a box? Well, if the device doesn’t store its e-liquid in a traditional cylindrical tank or cartridge, it can look like just about anything. Some manufacturers have begun creating devices that store e-liquid in plastic pods, and if you’re going to store e-liquid in plastic, you can use any shape you like. Freed from the constraint of storing e-liquid in a cylindrical container, the manufacturers have let their imaginations run wild. They’ve created devices with teardrop shapes, sports car curves, shiny paint jobs and more.

Pod-based vaping devices do have a few drawbacks. The reason why most vape pens and mods use cylindrical glass tanks is because many vapers want interoperability. They want to try tanks from various manufacturers and select their favorites. That’s not possible with a pod-based device because each pod system is a proprietary product that works only with its own pods. Nevertheless, if you want a vaping device that makes a real fashion statement, you’re probably going to love the way a pod system looks.

While pod-based vaping devices have challenged design conventions, vape mods have essentially retained the boxy shape that they’ve had as long as vaping has existed. That’s not necessarily a bad thing; the fact that high-end mods are large and boxy is what allows them to hold high-capacity battery cells – and you need big battery capacity if you want to use a vaping device that can operate at high wattages all day long.

Although the general shape of box mods hasn’t evolved a great deal over the years, the makers of high-end vape mods also understand that you can use an advanced vaping device and still want something that’s pleasant to look at. With that in mind, the manufacturers of vaping products have spent the last several years designing mods with eye-popping color combinations and luxurious materials.

If you’re looking for a vape mod that can serve as a real fashion statement, here are just a few of the features that manufacturers have added to their box mods over the past few years.

With the high-end materials that manufacturers are now using, it comes as no surprise that today’s vape mods are more durable than ever in addition to being very flashy. It’s becoming increasingly common for vape mods to be shock resistant, water resistant and dustproof. While a vape mod made from exotic materials may cost a bit more than one made from plastic, it’s also a device that can potentially last for years.

What to Expect When Visiting a Chiropractor

How to Determine Who is Liable In a Bicycle Accident

Foods you can eat after oral surgery