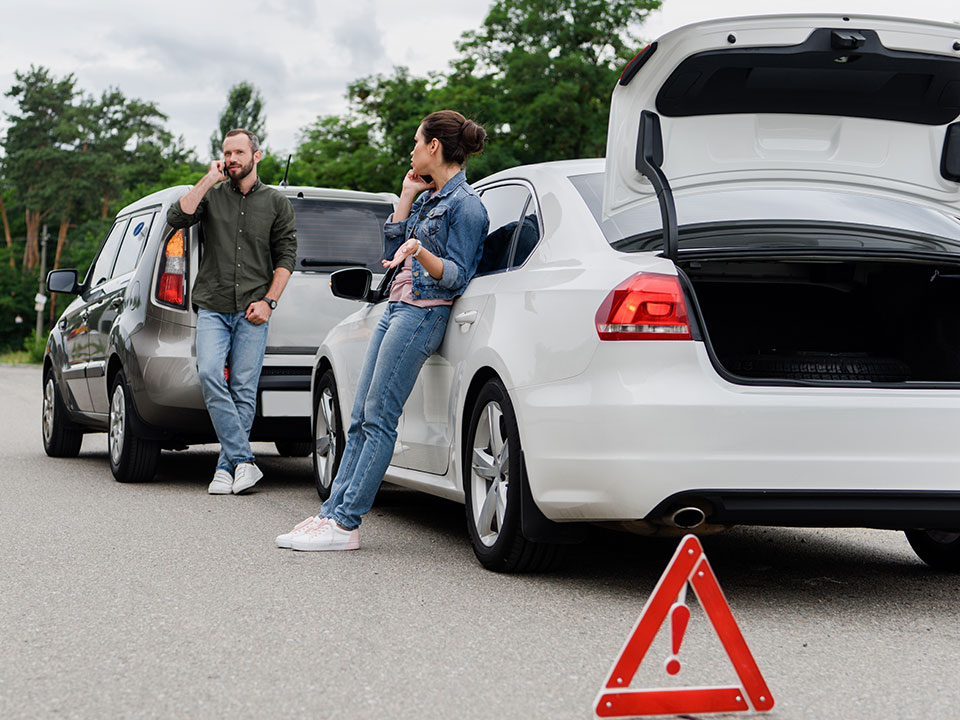 When comparing the United States to other developed countries in the world in terms of car crash fatalities, you’ll notice that other countries have approximately half the amount of deaths on the road each year. There are several main causes behind the big number of car accidents on the road each year, figuring out what these causes are might help in reducing them over time.

Whether a person zoned out for a brief moment or tried responding to a text message, the distraction can be fatal. No matter how much you believe in your multitasking skills, you can always show them off when peoples’ lives aren’t at stake. Studies show that distracted driving is the culprit in one out of every five car crashes in the U.S. making it one of the main reasons why car accidents are a big problem here.

Not Obeying The Speed Limit

The braking distance of a car going at 31 miles per hour (mph), the speed limit in urban streets, is around 45 feet. When we compare that number to someone going at a speed of 41 mph, the braking distance becomes 80 feet, which is almost double the stopping distance for an extra 10 mph. The worst part is, most states don’t start handing out tickets till a driver goes at least 10 mph above the speed limit, making urban roads a lot more prone to speeding accidents.

Driving when you’re feeling sleepy can easily spell out a disaster if you’re sitting in the car all alone, without any caffeine to help you stay up till the end of your journey. Many drivers forget to account for their exhaustion levels as falling asleep is an unthinkable occurrence to a driver, until it happens. Up to 37% of drivers have reported falling asleep behind the wheel and regardless of how quickly they woke up, losing control for even a second is more than enough to result in a fatal car accident. Falling asleep while driving has been an increasing issue that has been causing a large number of car accidents over the last few years.

Driving under the influence of alcohol has been a leading cause of car accident cases in the US. There are staggering results from studies that show that up to 40% of all deadly car accidents were caused by drunk driving. The charts showing how often these accidents occur can be quite shocking to anyone who hasn’t seen them before. Trying to learn more about the statistics of car accident rates when driving under the influence also helps you learn how to deal with an encounter with a drunk driver. The Centers for Disease Control and Prevention (CDC) has previously suggested increasing regulation on drunk driving through implementing sobriety checkpoints, however, the government hasn’t implemented anything just yet.

The Weather In Some States

Living in a state with harsh weather conditions can lead to losing control of the vehicle a lot easier. States that experience heavy rain or snow are more likely to have higher car accident rates. Regulating some laws regarding driving under different weather conditions may reduce the number of accidents experienced during those times, however, figuring out an effective system to follow is very difficult.

Driving In a Hurry

Driving while in a hurry usually causes a large percentage of all rear-ending accidents. This is mainly due to people thinking that driving closer to the car in front of them will get them to their destination faster. Studies show that hurrying saves a person an average of 26 seconds a day, which isn’t worth getting into a fatal car accident. Driving in a hurry is one of the main reasons why people end up driving recklessly, which makes it one of the lead causes of car accidents in the U.S.

Reducing the number of car accidents on the road isn’t going to happen overnight, it’s going to happen when people understand the risks that are there when they’re on the road. Putting yourself or others at risk because you wanted to send a text message or get to your destination a few seconds faster won’t ever be worth getting into a car accident over. Changing your ways and encouraging others to do the same might result in you saving some lives.

How to live like a celeb on a budget