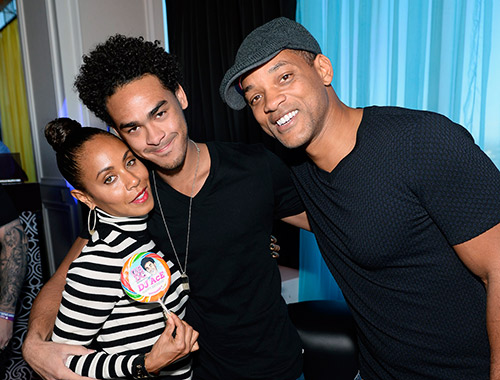 It proved to be a family affair for the famous Smith family, as Trey Smith (also known as DJ AcE) celebrated his birthday at Ghostbar Dayclub inside Palms Casino Resort, alongside dad, Will Smith, step-mom, Jada Pinkett-Smith, and mother, Sheree Fletcher, of VH1’s “Hollywood Exes,” on Saturday (11/15) afternoon.

Trey, who mentioned his best birthday gift this year was seeing another day of life, was met by dad and Jada, who arrived hand-in-hand to the club. The “Gotham” actress playfully showed off an oversized lollipop with Trey’s photo on it before having a seat at the table to take a “selfie” with husband, Will. Trey was all smiles, stopping to take a photo of his own with both dad and Jada, when presented with his three-tier DJ-inspired birthday cake, which sported turntables and a set of headphones. 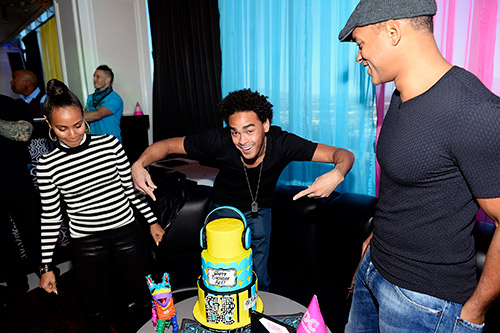 The crowd went wild as Trey took to the DJ booth, spinning a mix of electronic-dance hits. Jada showed off her hottest moves, repeatedly standing up to dance while taking video of Trey’s set on her cell phone. When the MC took to the microphone to ask the crowd who was in the house from the East Coast, Will and Jada both waved their hands in the air and cheered to represent their hometowns of Philadelphia and Baltimore. 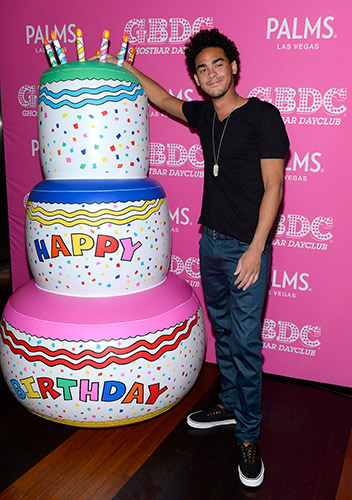 Fletcher, who arrived to the party shortly after Trey’s set started, greeted both Will and Jada with a hug and kiss, and sat beside them at the table, chatting and exchanging laughs with the couple throughout the afternoon. 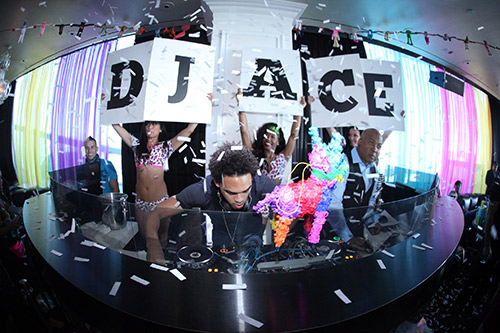 When Ghostbar Dayclub’s gorgeous go go dancers began passing out cheeseburgers from a hot pink shopping cart covered in rainbow rhinestones, to hungry partygoers who had danced up an appetite, Will grabbed two and asked two lucky fans eyeing to catch a glimpse of the megastar, “Want a cheeseburger?”

Following his set, Trey greeted his mother, Sheree, whose birthday is tomorrow, with a big hug before hanging out at the bash with friends. 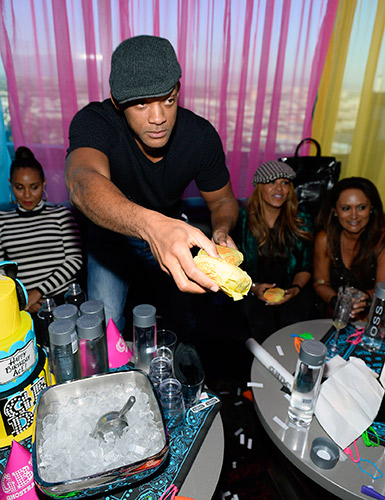