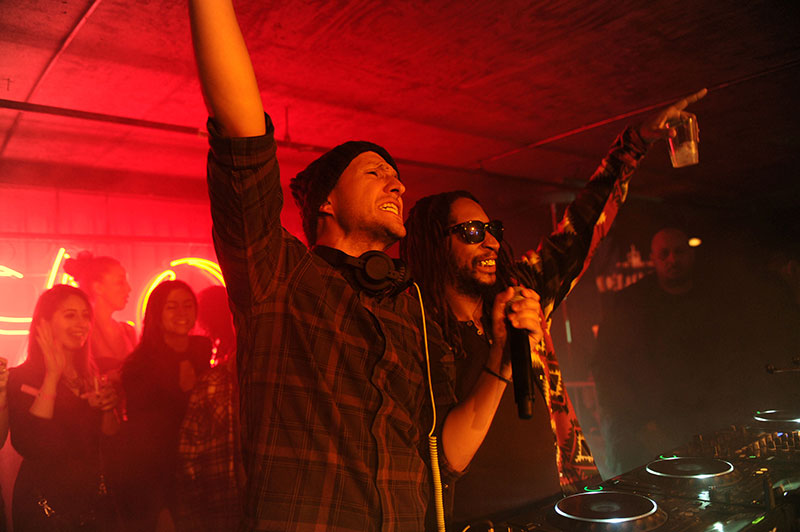 Tao at Village at The Lift with Moët & Chandon Nectar Imperial Rose and Stella Artois in Park City, Utah – Night 2

TAO returned to Village at the Lift for its second night of the season in Park City. The exclusive pop-up nightclub brought together the Sundance Film Festival’s elite including William H. Macy, Ashley Greene, and Luke Wilson among others. William H. Macy was one of the first to arrive at TAO at Village at the Lift right at doors opened at 11pm, arriving with a large party all of whom enjoyed their table at TAO. Luke Wilson attended the party as well, having a great time drinking and dancing with friends.

Kellan Lutz returned to TAO for the second night in a row and was joined by friends including fellow actor Ryan Rottman. Actress Ashley Greene visited the table as well chatting and partying with Lutz and Rottman. The friends had a great time drinking cocktails and soaking up the TAO atmosphere. Matishayu visted the hotspot for a second night as well. However, Lutz wasn’t the only celebrity to come to TAO for a second night. Nicholas Hoult came to TAO again with a group of friends including Theo and Sasha Spielberg. Steven Speilberg flew his children out to Park City to support his godson’s new movie: Young Ones. The movie stars Nicholas Hoult and is directed by Jake Paltrow who is Speilberg’s godson and Gwenyth Paltrow’s brother. DJ Vice hit the stage to get the party started. He was joined by Lil Jon who helped pump up the crowd yelling: “Put your hands up Sundance!”. Big Boi got on stage and surprised everyone with a performance. TAO’s cocktail waitresses presented a Moët & Chandon Nectar Impérial Rosé Presentation and the crowd went wild.

TAO will continue the party at The Village at The Lift through Monday night.