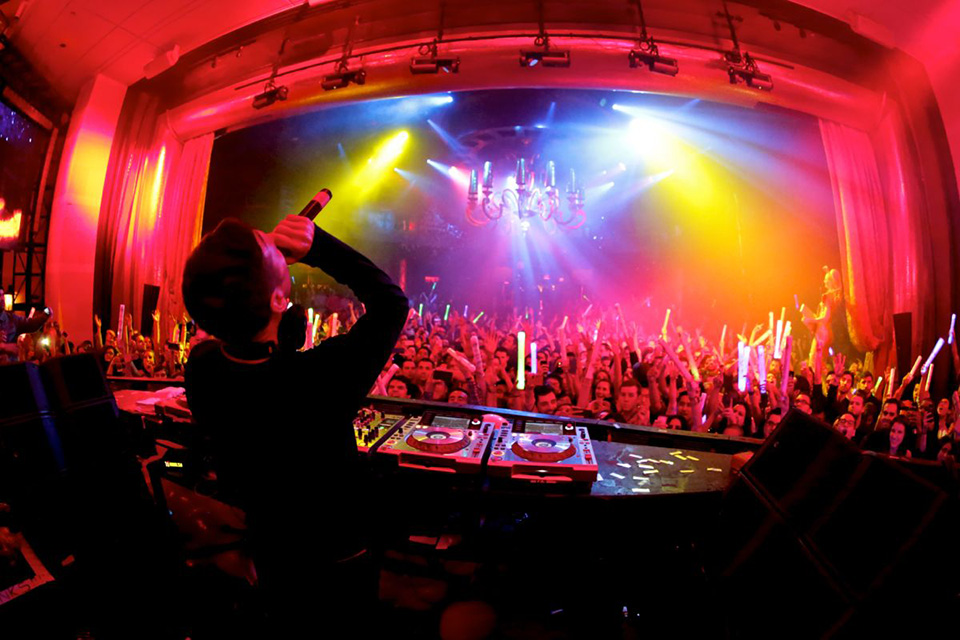 XS, the sophisticated nightclub in Encore at Wynn Las Vegas, has been named the No. 1 nightclub in the country based on Nightclub & Bar’s Top 100 rankings. The annual list, based on revenue, was announced today, following a monumental year for the renowned venue, yet again breaking the revenue record with an estimated excess of $90 million in 2013.

“It’s an absolute honor to be named the top nightclub in the country for the fourth time by Nightclub & Bar,” said Jesse Waits, managing partner of XS and Tryst nightclubs. “It’s no secret that nightlife venues in Las Vegas can have a short lifespan, and to remain one of the most profitable venues as we celebrate our five year anniversary is an accomplishment we are incredibly proud of. Our team continues to stay ahead of the trends, programs the best DJs in the world, and offers a level of service that can only be found inside Wynn Las Vegas. I truly believe that’s what sets us apart and attributes to this continued success.”

This marks the first time a venue has earned the top spot for a fourth time. XS was first named the No. 1 nightclub in 2010 following its debut year of operation as well as in 2011 with estimated revenue of $50-60 million each year. Last year, it again rose to the top with record-breaking revenue between $80-90 million.

The 2014 Top 100 list was crafted following a comprehensive process in which nightlife venues submitted survey information to Nightclub & Bar during fall 2013, followed by a lengthy analysis throughout the first two months of 2014. Nightclub & Bar engaged a third-party team of statistical experts who used a detailed formulaic approach to review the data submitted by each venue and develop the Top 100. To view the full 2014 Top 100 List, click here.

With its chic vibe and fashionable reputation, XS remains the place to see and be seen for celebrities, glitterati, locals and tourists alike. Dubbed “Las Vegas dance’ music mecca” by MTV News, the nightclub features 24 resident DJs in the 2014 roster ranging from Avicii, David Guetta, Zedd and more.

XS is open Friday through Monday from 10 p.m. to 4 a.m., located on The Esplanade at Encore. Tickets can be purchased in advance at wantickets.com. Table reservations are highly recommended (702-770-0097). For more information, visit www.xslasvegas.com.