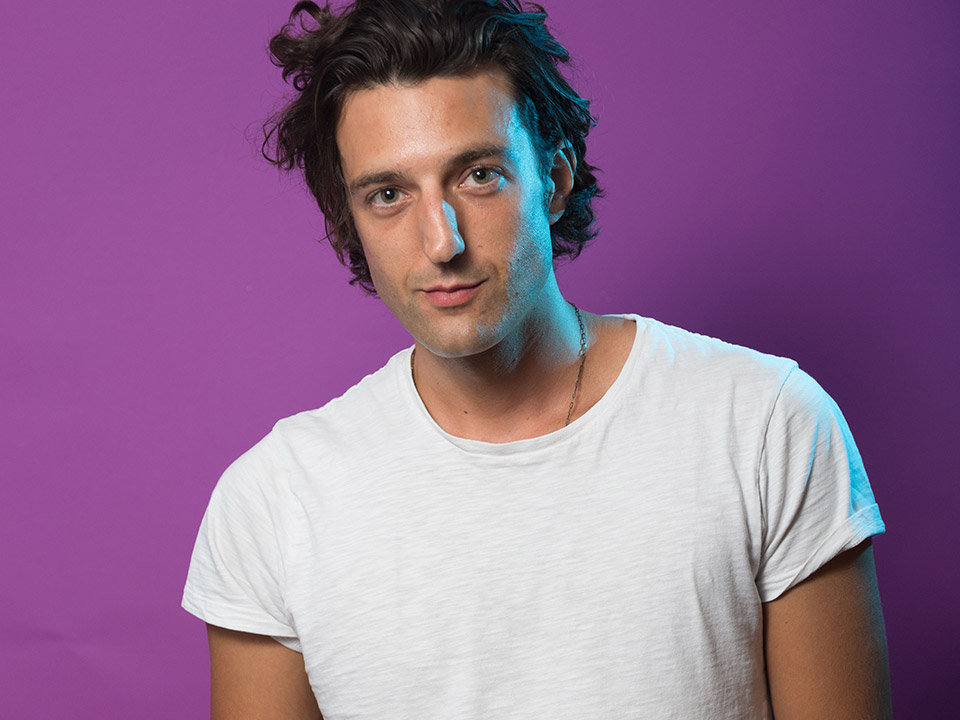 Our interview with actor Zachary Mooren who is taking Hollywood by storm starring in 4 feature films releasing this year and early next. He has tons of commercial spots including a well known GAP campaign with David Fincher. Mooren brings his swagger to Electric Love and lights up the screen opposite Mia Serafino.

Hi Zachary please tell us a little about you?

I’m from New York City and have lived out in LA for four years. I started out as a theater actor and since my westward expansion; I have been very fortunate to work with such amazingly talented people in both film and television projects. I have six films set to be released in 2017/2018 and can be seen on the upcoming ABC series 10 DAYS IN THE VALLEY staring Kyra Sedgwick which premieres October 1st.

My big brother… He shows support by making fun of me.

GAP commercial directed by David Fincher. I had to make out with a beautiful model all day. It’s basically all gone down hill since then.

I was a munchkin in a school play of The Wizard Of OZ when I was in first grade. I’m still buzzed from that experience.

The best part is being able to escape yourself and bring a piece of paper to life.

The worst is not having something to be working on.

DGAF. My cousin is a rapper named Chucky Chuck. That’s his motto. Or at least that’s what he puts on all of his t-shirts at concerts.

Tell us about your latest film “Electric Love,” and about your role as Adam Hart?

Electric Love is film with a lot of heart. It sheds light on todays progress/problems on the dating scene but more so our problems with commutation. That is in my opinion one of the most important qualities one can have, the ability to communicate and articulate their feelings. I feel as though that is becoming more difficult with how much we rely on our phones to connect with others. Adam Hart is a very positive and loving character. On the page, he had this larger than life energy and I wanted to bring that to my performance. He throws himself 100% into whatever or who ever he thinks is worthwhile. That can sometimes scare people off, especially with how cool you are SUPPOSED to be when you first start dating someone.

Stepping on set for NBC’s Aquarius. The show is set in the 60’s and the attention to detail was incredible.

A few films and tv shows. This week I am doing a voice over for a character in a docudrama called “Who Will Write Our History.” It’s a beautiful piece about the Holocaust and stars Joan Allen and Adrien Brody.

Joaquin Phoenix. I don’t know where to even begin with why…. He is simply the best.

My keys, my wallet, my sassy attitude.

All love all kinds of music but the greatest band of all time is The Strokes.

Binge watching a new season of House Of Cards and ordering all meals on Postmates.

“Play guitar, walk my dog, contemplate the meaning of life and figure out what I’m cooking for dinner.”

Probably in a mirror or a photo.

Yes! Every year since I was a kid my family has always individually donated whatever they could afford to St.Judes hospital around the Holidays. You should too!

Favorite Music: The Strokes or The White Stripes.

Restaurant: Alimento. That place is insane

Celebrity Crush: I’ve had a thing for Patricia Arquette for a LONG time. I saw True Romance before I was in Kindergarten. Or Shannon Sossamon from A Knights Tale, that faze was pretty intense when the movie first came out.

Song: Is This It

Sports Team: Patriots. I don’t even care what any else thinks.