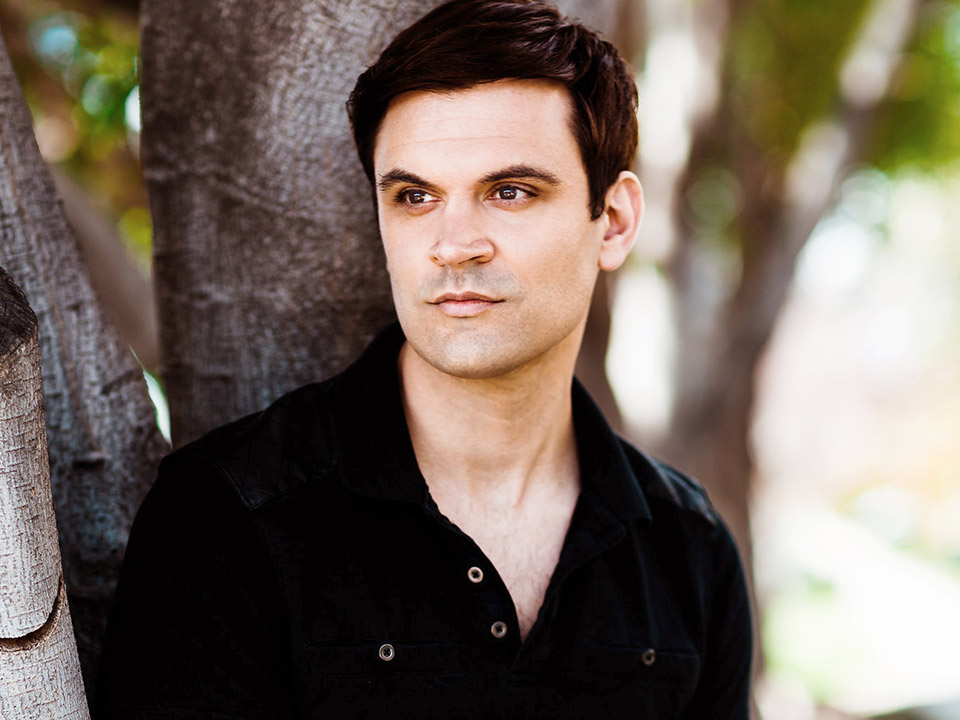 Check our interview with award-winning actor, producer, and brand influencer Kash Hovey, who grew up surrounded by the entertainment industry with his father curating the original Elvis collections for the Elvis Presley family.

Kash is best known for his starring role in Plastic Daydream starring opposite Shari Belafonte (The Player and Hotel). He also produced Plastic Daydream which has been awarded three laurels while continuing on the film festival circuit. Kash plays opposite Shannen Doherty as “Adam” in the feature film Undateable John with icons Joan Jett and Daryl Hannah. He stars as “Van” in the comedy As in Kevin (Amazon) with Kasia Szarek (Glow), which earned him best actor from Film Fest LA Live. Kash also starred as “Jack” opposite Jenna Stone in the feature film Jack and Cocaine (The Valley Film Festival). He also stars in Another Blackout with Katherine Bailess (Hit The Floor). He can also be seen in Rebound, Powerhorse, John Fogerty: Mystic Highway, Unusual Suspects and Edge of Incursion. As a way to give back Kash mentors and supports underserved youth groups working closely BTCF, Boys & Girls Club & Free2Luv.

Hi Kash, please tell us a little about you?

I was born and raised in Los Angeles. I love to travel and meet new people. I feel the most alive when I am performing and creating a new film project.

I’m in a place in my life now where my experiences have taught me what works for me and what doesn’t. By recognizing this I feel it’s allowed me to make the right decisions with the direction of where I take my career and how I can be an asset to my team when I take on a new endeavor.

I wake up at 6am, exercise, get coffee, and read about the days events. I like to be ready for whatever the day can throw at me whether it’s an audition, developing a film or planning an event.

My mother. She has always inspired and encouraged me to go after my dreams and has always been the most supportive person in my life.

As a kid I would draw and recreate scenes from movies I watched. I was always putting on plays with my friends and performed for people at parties. When I was 11 I started making films with my friends on a camcorder. I got involved in school theatre and acting classes which lead to me getting an agent and pursuing acting professionally.

I was an art student in a Secret Deodorant directed by Joe Pytka.

Yes. I’ve worked with numerous instructors over the years. Each have been beneficial and unique as far as studying scenes and bringing out the proper emotions required.

What is the best and worst part of being an actor/producer?

The best part is doing what I love. For me being on a set with creative people and creating magic is the most rewarding experience. Unfortunately there are moments of unpredictability in our the business or any business for that matter. I’ve found it’s how you deal with predicaments as they arise and sometimes a better opportunity comes about as a result.

Believe in yourself and surround yourself with positive people who make you excel.

I read the script a couple times to really absorb the story and all the characters. Recording my lines on Voice Memos and listening to them over again helps me memorize. Depending on the role, I will do the proper research on the type of character I’m going to play. When I have the opportunity to work with the other actors in the scene, it really allows me to explore the character I’m playing and I really feel this is where the personality develops and the magic happens on set.

Now tell us about your work as starring role in Plastic Daydream?

I play James in Plastic Daydream. He works at the medical office where the film is set. There is an edge about this character and you don’t really know where he is coming from at first. As an actor you want to keep the audience invested and intrigued. It was one of the most rewarding and inspiring experiences working with Kathy Kolla and Shari Belafonte.

I’ve also had lead roles in the the award winning comedies “As In Kevin” and “Before I Got Famous.” I starred in an independent feature film a titled “Jack and Cocaine” as the title character Jack. He is addict and a street hustler. He meets Christy “Cocaine” and they discover it’s a universal intervention as to why they met and they are forced to set their lives on a better path.

The most fun thing about acting is pretending to be someone/something that isn’t me. I’ve enjoyed playing edgier roles that really allow me explore a character’s humanity when faced in a complicated situation and how they adapt to the world around them.

Right now Plastic Daydream has been making it’s rounds in the film festival circuits. A film I appeared in playing opposite Shannon Doherty titled “Undateable John” has been scheduled for release this year.

This is always a tough one to answer when I get asked. So many artists and films have had an impact on the performances and messages I take from films as well as a refection on how I see the world and the people around me. Right now I’d have to say Leonardo DiCaprio and Reese Witherspoon. I grew up watching and studying both of their early work and and I’m inspired by where they both are today in with their careers.

It depends on the mood. I love all styles of music but I’d have to say pop is my favorite. I like to listen to music that it fun and uplifting. Growing up I listened to mostly soundtracks and would become interested in a singer or musical group if I heard a song in movie or tv show and liked the way it worked in a scene or the impact it had on the opening/closing credits.

Sleeping in, watching Netflix, getting coffee then going on a nice long hike.

Creating art and collaborating with people who inspire me.

Jack Nicholson. He’s had one of the most fascinating careers to me and has made some of my favorite movies of all time. He’s worked with all of my favorite actors, actresses, and directors.

There is so much great content on TV right now. I really try to watch and keep up with everything current. Some of my favorite shows to binge watch have been Stranger Things, Black Mirror and Better Call Saul.

Quote: Sometimes in life we have to deal with painful situations. The negative experiences I’ve been through have helped shape who I am and made me recognize what I didn’t want to become. I aim to find the message and what I can learn in any given situation. I see the light at the end of the tunnel and strive to create a positive outcome and environment for myself and the people around me.

Song: High Hopes by Panic! At The Disco

Movie: Back to the Furture

Interview with Nickelodeon’s “All That” star Reece Caddell