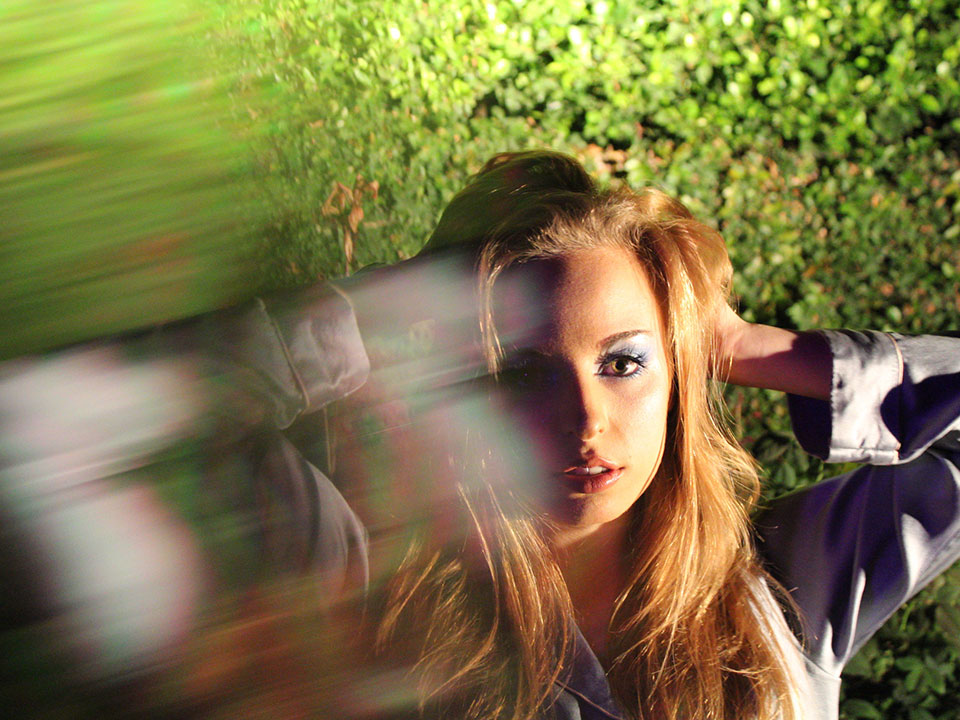 Olivia started rolling out her debut EP, ‘SPACE DREAMS,’ with the release of her first single, “NO ANSWER,” late last month. Her second single, “PARASOMNIA,” is out now and the ’SPACE DREAMS’ EP will be released later this Spring.

Hi Olivia, please tell us a little about yourself?

Hi! I’m an artist living in LA. I’m originally from DC and New York and I’m the oldest of four. I grew up listening to big band records and singing jazz music and then gradually started writing my own songs. I’m currently living in LA’s Koreatown with my two roommates and our cat Archie. Lately I’ve been focused on releasing music, working on my music production skills, finding good books to read, and watching shows.

Driven, loud, and hilarious… if I do say so myself!

Kind of by accident. I came out to LA to be an English major but then auditioned for the jazz program at USC — I started going to jam sessions and playing at songwriter nights and meeting people in the scene. Those networks made it a lot easier for me to start making my own music, especially since there’s a pretty high level of musicianship in LA and there are so many really amazing musicians to learn from here!

Dreamy indie pop… but not your typical dream.

Who influenced you to start making music and why did you choose to make music?

I grew up reading and writing a lot, so when it came to songwriting I was initially influenced heavily by lyricists like Joni Mitchell and Emily King, whose lyrics play such a huge role in telling the story. My influences have shifted a ton since then but lyrics were definitely the primary driving force when I first started writing.

In terms of personal influences, after existing in a few different types of musical communities like the classical, jazz and musical theater worlds, I found a lot of like-minded individuals within LA’s community of artists and just knew that it was where I was supposed to be and where I would become the most well-rounded as a musician and as a person. I definitely wanted to sing, and the writing and producing have followed suit and developed at their own pace.

I play piano and a little guitar.

Tell us about your upcoming debut EP ‘SPACE DREAMS.’

‘SPACE DREAMS’ is a collaboration between myself and my friend Eli Koskoff. We wrote a bunch together over the course of a few years and this is what we came up with. It was a huge learning experience for both of us. The last song of the EP “Matter of Time” was the first song we wrote. It’s a really simple guitar-driven ballad that we used to play all the time live with my band and from there the sound of the EP evolved over time and we started getting a little more experimental with production in the other tracks.

Aesthetically, each track is meant to portray its own type of dream. The first single “NO ANSWER,” which was out in January, is the type of dream where nothing makes sense but the emotional color of the dream is calm and happy. “PARASOMNIA” is a strange almost nightmare, “Another Moon” is a happy dream starring the people you love, and “Matter of Time” is a sad dream.

What can we expect for your second single release, “PARASOMIA?”

“PARASOMNIA” is definitely the most experimental track on the EP. We didn’t necessarily follow any type of pop song structure and decided to have an extended bridge with some improvisational vocals and a weird drop. This lent itself really well to the music video, which depicts a strange, Alice in Wonderland gone wrong type of nightmare.

The verse at the beginning is about the battle between what you know you should do and what you want to do, and all of the opposing voices and thoughts in our minds that control our actions. From there we just took the bridge to a strange place to convey elements of the subconscious.

I get to do exactly what I want all the time and make my own choices every day, but I also never know exactly what will happen next, both in the music I’m making as well as in the industry. 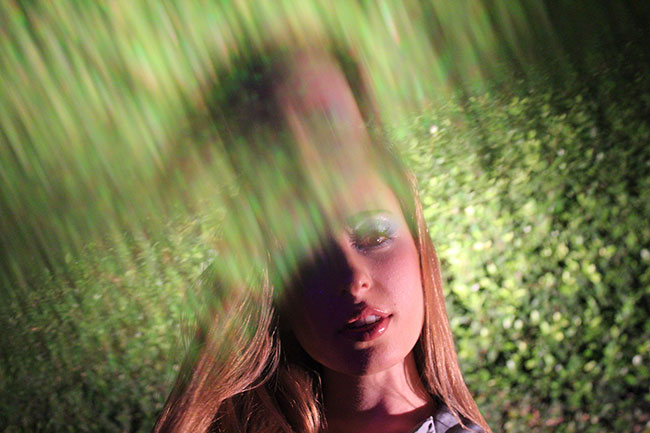 What’s next for Olivia Morreale in 2021?

I have a few more EPs on deck after this one! And this EP also has two music videos, so those will be out next – I’m so excited about those. Both directors (Sammy King and Amanda Prager) are good friends and amazing artists, and I’m so grateful to have them on my team and to make art with them. My plan for the rest of the year is to keep making and releasing music – I’m also really excited to build my brand and fanbase and to build a world visually around the music.

What do you love outside of music?

I’ve been really into walking lately. It just seems too good to be true that wandering around my neighborhood for hours listening to music burns the same amount of calories as a 45-minute workout. I also have a zoom book club that reassures me of my friends’ existence and forces me to just relax for a few hours a week and read.

If you could meet someone living or dead who would it be and why?

Frank Sinatra. Legend and seems like a great hang.

Best advice you have ever been given?

When I was younger my dad told me that in your friendships and in your professional life, “you can always choose” (notwithstanding extenuating circumstances). I really don’t remember the context but it effectively empowered me to view my work and my friendships as a series of choices as opposed to things that just happen – things obviously happen that are out of our control, but truly understanding that how we choose to act and react is always in our hands has inspired me and driven me to be informed and prepared for the potential outcomes of those choices, and also to depend on what I feel intuitively is the right decision. I’ve been a lot more inspired to take risks as a result of that – doing nothing for fear of the unknown is a choice in and of itself.

Really depends on the day! But usually I wake up around 9-10 am, make coffee and answer my emails, and then organize my schedule for the day. I’ll usually have one or two video calls or writing sessions in the early afternoon and then I’ll go for a walk around my neighborhood. Then I teach my voice students the second half of the day. then I’ll either work on music in the evening or party with my roommates and the kitty until it’s time for bed.

I love a good get drunk all-day at the beach kinda day.

What is your favorite song to belt out in the car or at karaoke?

“I Will Survive.” An undeniable bop.

Having a network of friends who support one another and inspire one another to be better is what makes me happiest. Being part of a strong community that values setting the bar high when it comes to authenticity is one of my primary goals in my personal and professional life, and my community of close friends has always had a huge influence on the type of music I’m making and the type of person I am.

Still doing what I love but with more freedom.

90s cringe. Sorry that’s not a description but it is the description.