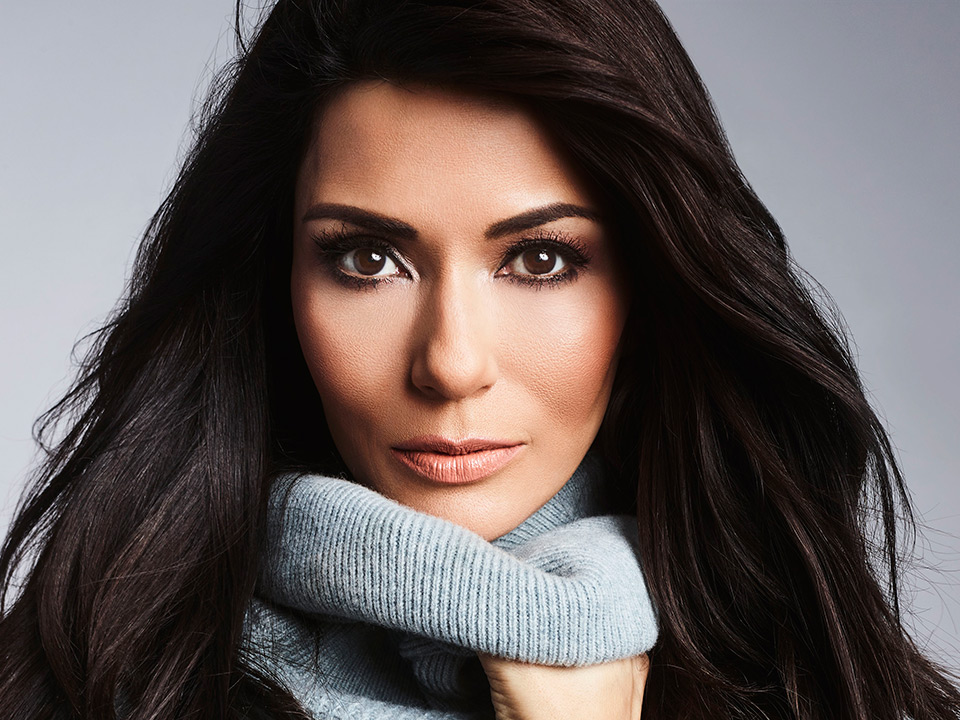 The show’s season 2 premiere will air on Wednesday, October 11th.

Hi Marisol, please tell us a little about you?

I’m passionate about everything that I do – my acting, my family, my friends, my non-profit work.

Outgoing, friendly, caring about others.

I tried for a play on a whim and ended up getting the lead role. As soon as I got on stage I was addicted.

Catherine, one of the lead characters in the Arthur Miller play “A View From The Bridge.”

Worst: Early morning set calls, trying to create something aesthetic at 5:30 am! Best: the opportunity to create many wonderful characters in different roles

“It could all change in a minute.”

How did you find out about CW’s hit new show “Riverdale?” And tell us about your character Hermione Lodge?

I found out about it through my agent, just like every other audition. Also, my manager called and told me there was a new project called Riverdale. It was pilot season, I auditioned, they liked me. Then I met the creator who explained his vision for the show and it was because of him and his description that I happily signed on.

Are you a fan of Archie comics?

First read through of the script. The first day we were all together as a cast and read the script out loud. Hearing everyone’s voices for the first-time imbuing life into these characters gave me chills.

Over 200 episodes of television including a season on NCIS, 24, about 15 movies

Meryl Streep and Cate Blanchett are what I aspire to. Their embodiment of characters is mind boggling.

My phone, my wallet and kisses from my daughter

A ton! I’m such a music girl. I like anything from old school punk rock like Rancid, and Bad Religion to Bruno Mars.

Sleeping in. A cappuccino in Italy, walking around the streets of Rome or Verona with my daughter and friends with not a care in the world and as much time as I want. Where the weather is perfect, the food is amazing and ending the day with a great meal, a glass of wine and good friends – sounds like a perfect Sunday.

There is no normal day in my life. I have a ton of projects and it depends on what I’m working on each day. I’m running a nonprofit called Slavery Free World, I’m producing several projects in addition to acting on Riverdale and being a mom. Every day is completely different depending on which deadline I’m trying to keep up with. I like to be busy. I enjoy lots of things to do. I don’t like being bored.

Hopefully still on Riverdale, (LOL?), having full corporate sponsorship of my non-profit and continuing that work in a huge way. Having several feature films under my belt as both an actress and a producer and starring in my own action film opposite Tom Cruise.

I have my own charity (Foundation for a Slavery Free World). In addition to running my own non-profit, we partner with several other nonprofits in the same field. Namely Operation Underground Railroad and a local organization in LA called Saving Innocence.

Song: I can’t pick just one, depends on my mood.

Movie: A French film called the Untouchables. It is so good that when it was over, I watched it all over again.