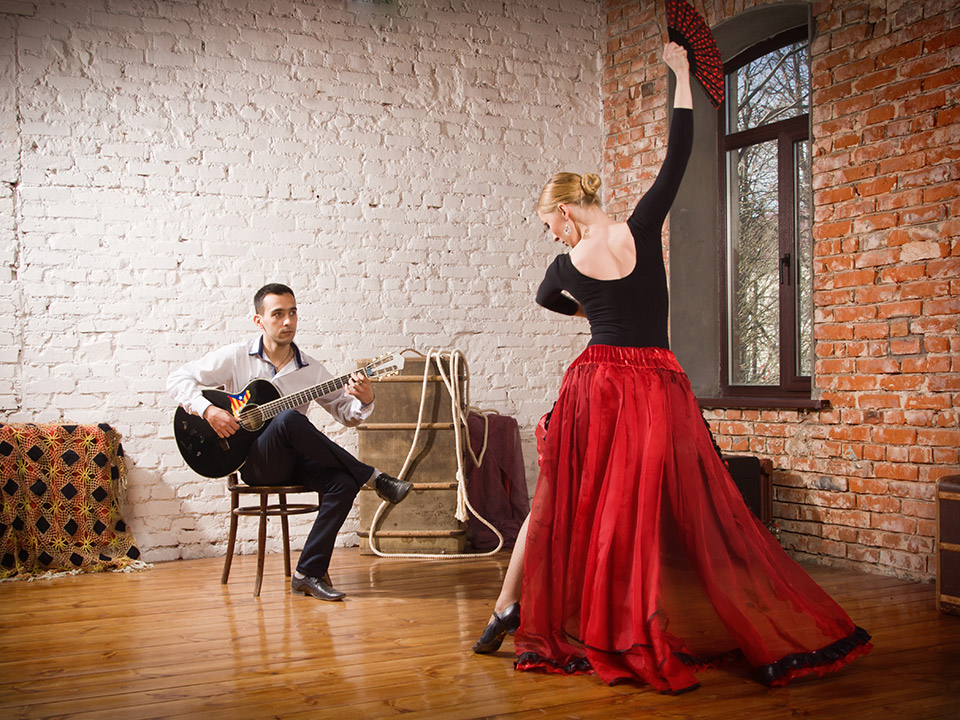 Like all kinds of music styles, listening to Spanish guitar songs can benefit us in so many ways. If you are practicing a classical guitar, it can significantly help you get better.

You can hear great performances if you listen to well-known guitarists around the world and be inspired. But before that, who are notable Spanish guitarists? What are their most popular song performances, and how can listening to them benefit you?

Keep reading and find out.

If you are a fan of Spanish music, you probably already know about classical (Spanish guitar) and flamenco guitar. Basically, they are both acoustic instruments that are usually used to play classical Spanish music. The difference is their physical structure in their tops and internal bracing. Plus, a slight difference in terms of the sound. However, they can both be used by guitar players to play Spanish music.

Many musicians in the world became well-known because of their passion for Spanish music. Below, you’ll see some of the notable ones that can boost your love for Spanish guitar.

Fransisco Francisco Gustavo Sánchez Gómez, also called as Paco de Lucía, is a famous composer and flamenco guitarist. His flamenco style is known for being traditional and some of his excellent music performances you can listen to are “Entre Dos Aguas”, “Tico Tico”, and “Rio Ancho”.

John William is an Australian classical guitarist who has earned multiple awards because of his talent. He first performed in 1958 at the Wigmore Hall in London and later became recognized as a great classical guitar player in the world. You can listen and get inspired by his greatest performances, including “Cavatina,” “La Catedral,” and “El Colibri.”

Manuel Barrueco is a prominent guitarist from Cuba who started playing Spanish guitar at a very young age. His impeccable traditional technique is something that could boost your motivation to practice your classical guitar. Some of his greatest guitar performance songs include “Preludio,” “Yesterday,” and “Michelle.”

Another pick among the best flamenco guitarists is Vicente Amigo. He is a talented musician that has received multiple Latin Grammy awards because of his greatest albums, including “Ciudad de las Ideas.” In his album, you can see 8 songs and some of them are “Tres Notas Para Decir Te Quiero”, “Ojos de la Alhambra”, and “Compare Manuel (Tangos)”.

Now that you have ideas about some of the most notable Spanish guitarists and their performances that you can listen to, here are a few reasons you have to hear them out:

Music is something that connects us not only to the meaning of the song but also the language, the country, and its culture. Even if you are not a Spanish guitarist, your love for Spanish music will help you understand Spanish Culture even more or even learn the language. Plus, it can connect you to history. So, listening to international Spanish guitar players can make your mind understand the songs deeper and make your knowledge vaster.

Listening to music is one of the methods that many individuals use whenever they want to take a break from all their worries and find peace in their minds. According to some research, music can stimulate the natural chemicals in the human body, promoting the feeling of happiness and comfort. If you are a fan of classical music, it could help you feel better whenever you need a stress reliever.

To some music lovers, music helps them not be too impatient with their work and have a more productive day. There are studies that show music can improve the physical performances of people and help them be more efficient with their tasks.

Learn from the Expert

If you are a beginner in Spanish guitar, listening to Spanish guitar performances can help you get familiar with the techniques. Different Spanish guitarists have different styles you would want to hear to improve your skills significantly. It’s not easy to learn the classical or flamenco guitar because of their complexity. But with the right inspiration, your progress can get better. If you don’t play guitars, listening to the most prominent musicians will help you learn more about rhythm, pitch, and singing.

Spanish music can help your life far more than mentioned in this blog, depending on how deep your heart is connected to it. If you are still learning to perform on your own, listening to it can help you bring out your true potential, especially if you hear it from the best ones. So, if you have the time, try them out and see for yourself how listening to Spanish guitarists can truly benefit you.

Nine Tips on Making a Budget for Buying Your First Home

What Makes a Cleaning Business Successful?