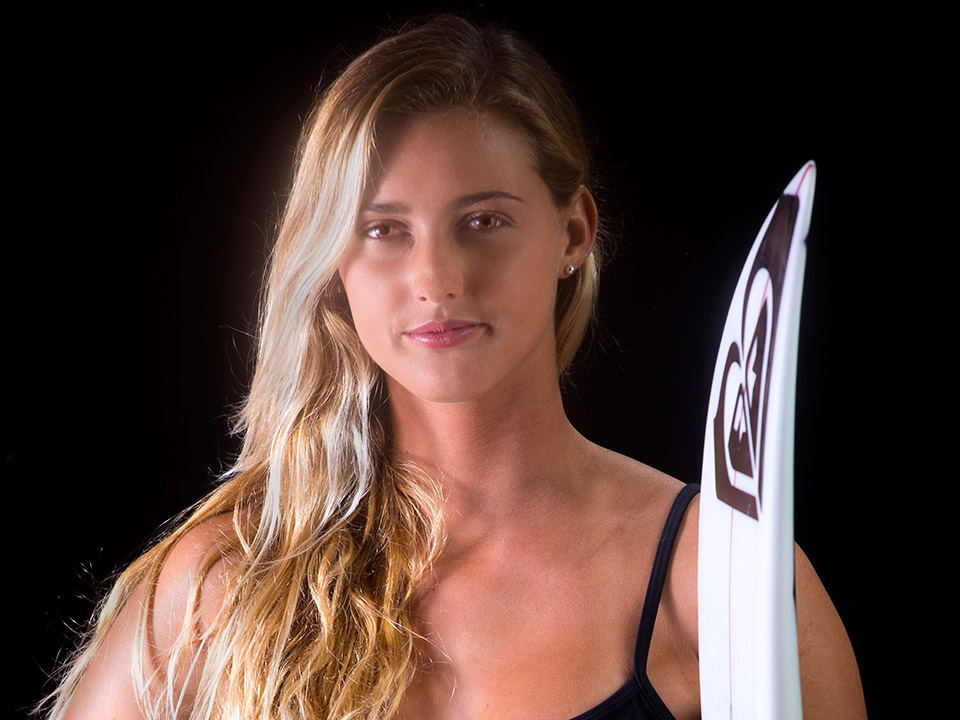 In 2006 a slim blond 10-year old girl became the youngest surfer ever to be selected for the Barbados National Surf Team. She started winning local awards at 8 years old, stunning her audiences with the size of the waves that she was unafraid to conquer.

Jump forward to 2015 when Chelsea, at the age of 19, has won more international awards and accolades than any Barbadian surfer in the history of the sport.

Now an attractive, lithe teen-ager with an air of confidence that belies her age, Chelsea is known the world over as the “Barbados Surfer Girl”. She has her own website chelseatuach.com and a fan club run out of the Philippines. She has surfed competitions around the world, winning titles from Costa Rica to N. Carolina, Florida, Puerto Rico and California. She has been a three time recipient of the Barbados Olympic Association’s Junior Female Athlete of the Year. She has also been nominated by the National Sports Council for seven (7) consecutive years (2008 – 2014) as Barbados’ Junior Female Outstanding Athlete. In 2013, she was also given the award as Barbados’ most outstanding senior female athlete for 2012. In 2014, she won the country’s highest sports award – the title of Sports Personality of the Year.

In 2013, her meteoric rise began in March when she became the first Barbadian surfer to win an Association of Surfing Professionals (ASP) Three Star Junior Pro event when she won the Ron Jon ROXY Pro in Cocoa Beach, Florida.

In April, she was crowned the Women’s champion of the first of three (3) events for 2013 of the prestigious American Pro Surf Series (APSS) held at Huntington Beach, California.

One month later, in May, she captured Barbados’ first medal at the International Surfing Association’s (ISA) World Junior Surfing Championships, the ‘Olympics’ of junior surfing, which was held in Nicaragua.

In September 2013, she was announced as the Junior Women’s Champion for the ASP North American Pro Junior Surf series, gaining a spot in the most important junior event of the annual surf Calendar, the ASP Junior World Surfing Championships. This event was held in Florianopolis, Santa Catarina, Brazil at the end of October and brought together the champions from the seven (7) ASP regions – North America, South America, Hawaii, Australasia, Africa, Europe and Japan. This was another first for Barbados.

Not only did Chelsea gain a berth in this, the pinnacle of junior surfing, but she was touted as one of the stand-out surfers of the event. Chelsea ended equal third overall – the best result of any Caribbean junior surfer ever and the highest placed surfer from the North American region.

In 2014, Chelsea once again became one of only two (2) junior female surfers from the North American region to qualify for the prestigious ASP Junior World Championships which were held in Portugal in October, and once again Chelsea proved that she is among the best junior surfers in the world by ending equal third overall. Once again, Chelsea was the highest placed surfer from the North American region, male or female.

In October 2013 Chelsea became the first surfer from Barbados to grace the cover of the popular Eastern Surf Magazine performing a powerful off-the-lip maneuver during an all girls’ surf trip to El Salvador. (Click Here)

In November 2013, Chelsea competed at the 24th Edition of the Corona Pro of the Association of Professional Surfing of Puerto Rico (APSPR) Open Women’s Pro event which took place at Middles, Puerto Rico and took the title after surfing against the best female surfers from the US mainland and Caribbean.

In November, 2014, Chelsea defended her title, winning the 26th Edition of the Corona Pro and the overall Series Champion after three (3) events.

Chelsea has continued to surf strong in 2015 in pursuit of her goal of making the WSL CT. She placed 3rd at the WSL 6000 Hainan Pro in China and 3rd at the WSL 1000 Women’s Pro in Merewether, NSW, Australia and is currently 10th on the WSL QS rankings – the highest ranking ever of a Barbadian surfer.

She will be competing at the WSL 6000 events in Mexico in June, in California in July, and in Spain and France in September.

She will also be competing in the 1000 Junior Pro events in Mexico in June, in California in July and Barbados in November. She is currently the 2nd ranked surfer on the WSL North American Junior Pro Rankings.

She is coached by world -class coach, Jim Hogan who believes she has “magic” in her surfing and can achieve her ultimate goal. This “magic” has attracted her many international sponsors, including Roxy, Dragon, Future Fins, Dakine and Surfergirl Suncare.

Chelsea is an inspiration and an example to all the young people of the Caribbean, who can learn through her that if they trust in God and use discipline and focus they too can achieve their dreams. This is the theme of a documentary that is currently being produced and will be premiered in August called “The Barbados Surfer Girl”.

Hi Chelsea, tell us about you?

Hey, my name is Chelsea Tuach, Im 19 and from the island of Barbados I travel around the World surfing competitions in the hopes of qualifying for the Women’s World Tour.

How long have you been surfing?

I have been surfing since i was 8 years old

Who teach you to surf?

My brothers and my dad were the ones who got me into surfing.

What do you think you would want to be if you weren’t a surfer?

If i wasn’t a surfer, i think i would still be in school studying business and finance.

Where has been your favorite place to surf?

Tell us about the experience to be sponsored by Roxy?

I was fortunate enough to get picked up by Roxy at a young age and they have always been supportive and encouraging to young girls following their dreams. Its a pleasure to work with such a creative brand.

What kind of training do you do to keep fit?

What advice do you have for young surfers?

I would tell them to follow their dreams and to always just get back up and catch another wave after every bad wipeout.

Do you have any diet?

Have you changed as a surfer over time?

I have definitely grown into a more experienced well rounded surfer with time and i hope to keep growing into the best i can be.

Have you ever had a bad experience?

I have had my share of bad experiences over time but as I said i just try to get back up and have another go at it.

I have a lot of Caribbean music on my iPod. A lot of Soca and hiphop

What’s your routine before a competition?

Before a competition i liked to get tuned into the break, stay rested and focus and stretch before every session

My phone, wallet and sunglasses

Who are your favorite surfers?

Hopefully on tour, living my dream and surfing everyday

Quote: Be your best self. thats all you ever need to be.

Book: anything by James Patterson

Movie: The Other Woman