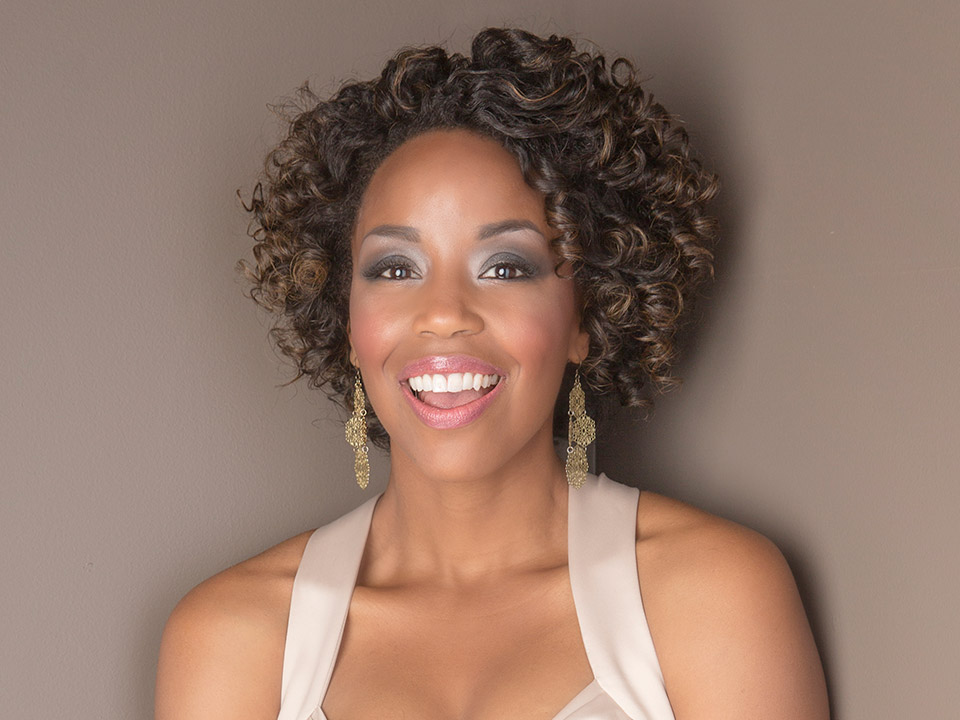 Interview with actress Hilary Ward who can be seen starring as Coretta Scott King in HBO’s “All The Way” opposite an impressive cast comprised of Bryan Cranston, Anthony Mackie, Melissa Leo & Bradley Whitford. “All The Way,” which premiered on May 21, is the film adaptation of the Tony Award winning play of the same name. The film will capture the first year of Lyndon B. Johnson’s presidency after Kennedy’s assassination catapults him into the White House and he takes on the Civil Rights Movement and the war in Vietnam.

Hi Hilary. Please tell us about you.

A little about me: I’m originally from Indiana. After earning my Masters in Fine Arts from UC-San Diego’s Acting Program, I settled in LA with my husband and have been very steadily building up my career. I’ve done a little of everything on the performance side: print, commercials, theatre, television and film. Shortly after arriving in LA, I founded Chalk Repertory Theatre with some fellow alums from UCSD. Since 2008, we have been producing plays all over LA’s most unexpected places. Some of our venues include: Hollywood Forever Cemetery, Page Museum/ La Brea Tarpits, The William Clark Library, St. John’s Cathedral and people’s living rooms. In addition to acting and producing, I’m developing a series with my writing partner, Daniel Travis, and help young actors get ready for professional training as a coach. In my spare time, I enjoy cooking (and eating!), photography, and running around after my four-year-old son.

Sensitive: I put up a strong front but I feel things very deeply.
Driven: I know how to keep myself active and moving towards my goals.
Open: If there is a better way of doing something, a new way of thinking about an issue, etc. I like to be exposed to it.

Honestly, I got started in acting because I had a bossy best friend. She was two years older than me and had shown an affinity for singing and dancing early on. Our moms were good friends so for several years, I just followed along and did it too: ballet, singing, choirs, community theatre. I got more serious about in college when I realized that I actually had some ability, but still wasn’t sure. I’m from the Midwest. You just aren’t exposed to many people who pursue acting as a full-time job, but when I got done at IU, I made the choice to move to New York and try to make a career. I was there long enough to realize I needed more training to be the great actor I was hoping to be, so I started applying to grad schools and was fortunate enough to get into UCSD.

I was always a good reader, so probably the narrator in the Christmas pageant when I was in kindergarten.

Do you attend acting classes?

I absolutely attend class. I got excellent training in voice, speech, dialects, movement and text as part of my Masters program, but if you don’t continue to use those tools, you lose them. I try to study with Master Teacher, Larry Moss, at least once a year and when my schedule permits, work in a weekly scene study class.  I also take on-camera classes occasionally. It’s always good to get feedback so I can get better at what I do.

Tell us about your experiences in castings.

My experience in castings runs the gamut. Over the years, I’ve learned the skill of auditioning: how to prepare, do  my work and then let it go. Casting is such an art rather than a science. It has to do with your acting ability, but there are so many intangibles that are out of your control: other cast members, who is in the room, who is a bankable star, etc. Getting or not getting a job is absolutely not personal. Everyone is just trying to work to put the best possible team together. Sometimes you fit into that team and sometimes you don’t.

Tell us about your character Coretta King in All the Way?

Coretta King is present in this version of the story as a touchstone in Dr. King’s personal life. The film focuses very intently on 11 months in LBJ’s journey from Vice-President to election, so all the historical figures are assembled in support to that story. We often are aware of Dr. King’s public persona, but what I loved about Robert Schenken’s play and screenplay is that you get to see glimpses of the Kings’ marriage, the private moments when they aren’t in front of a crowd.

How was working with the impressive cast of All the Way?

It was a privilege to work with actors that I’ve admired for so long. I found the entire cast and crew to not only be excellent at their jobs, but to also be genuinely collaborative and kind. Believe me, you don’t get that on every set, especially when you are coming in as an actor without a lot of name recognition.

My preparation always begins with the script. It is the absolute bottom line for me. In the script are all the author’s intentions and it’s my job as an actor to mine that information and interpret it in an emotional way. If I’m playing someone historical, as I was in this case, I try to read as much as I can. I also find photos and music feed me emotionally, so I usually put together a playlist of songs that I listen to as part of my preparation before I go on stage or shoot.

What have I learned from other actors?

The biggest lesson I’ve learned from other actors is that you have to believe that you have the right to “own” a character, that your interpretation, your stamp on the character is a valid expression. As long as you’ve done your preparation, you have the obligation to offer that interpretation to the world without self-judgment or self-consciousness. The best actors aren’t worried about how they look or they sound. They are concerned with being truthful and evaluating to see if that truthfulness translates to the screen. That’s all there is.

Who is my favorite actress?

There are so many people I admire, but the two women that immediately come to mind are Audra McDonald and Cate Blanchett. These women continue to transform their bodies, voices, and dialects by taking on widely varied roles and go back and forth between the stage and film. That agile technical skill combined with an absolutely riveting and imaginative commitment to finding truthfulness keep me inspired to be better at what I do.

Where do I see myself in a few years?

That is always hard to say because although this project has opened doors for me, the path of an actor is unpredictable. I’m attracted to characters that intelligent, ambitious and deeply flawed so I would love to be playing women like that on a regular basis. I’m also developing my own work because although the business is starting to pay more attention to the idea of putting more people of color in front of and behind the camera, the opportunities for black women are not as abundant as I hope they will be in the future. So it’s my responsibility to take charge of my own journey as an artist and offer up the characters and stories that I think are important.

If you were not an actress, what would I be doing?

I think I would have gone to culinary school if I wasn’t an actor. I love the creativity and sheer virtuosity that great chefs exhibit. Plus, food brings people together. Sitting around a table full of great food and wine encourages conversation and connection. I love that. And the mise en place method of organising a kitchen appeals to my desire to keep spaces tidy and efficient. I can’t concentrate in a messy space.

I suppose that social media’s role in the entertainment business is a bit of a double-edged sword. It’s wonderful to get a peek into the lives and processes of artists behind the scenes. It’s fun to see that Shonda Rhimes was at the Beyonce concert last week too or to check out what kind of foundation Kerry Washington’s makeup artist uses. It also helps me know when people I admire are putting out new work. I follow a lot of writers and filmmakers on Instagram and Twitter because I want to make sure I get to check out what they are producing. On the other side, you get a lot of negativity out there because people feel like they can anonymously say whatever they want. I also worry that artists are spending so much energy trying to build an online presence that they have less time to devote to working at their craft. I’m not a marketing expert. There are people who do that much better than me. I’m an actor. That’s what I’m good at and how I want to use my energy.

“Don’t try to win over the haters; you are not a jackass whisperer.” -Brene Brown

I interpret that quote as I just need to be authentic to myself and not worry about who likes it. Life’s too short to look outside of yourself for validation.