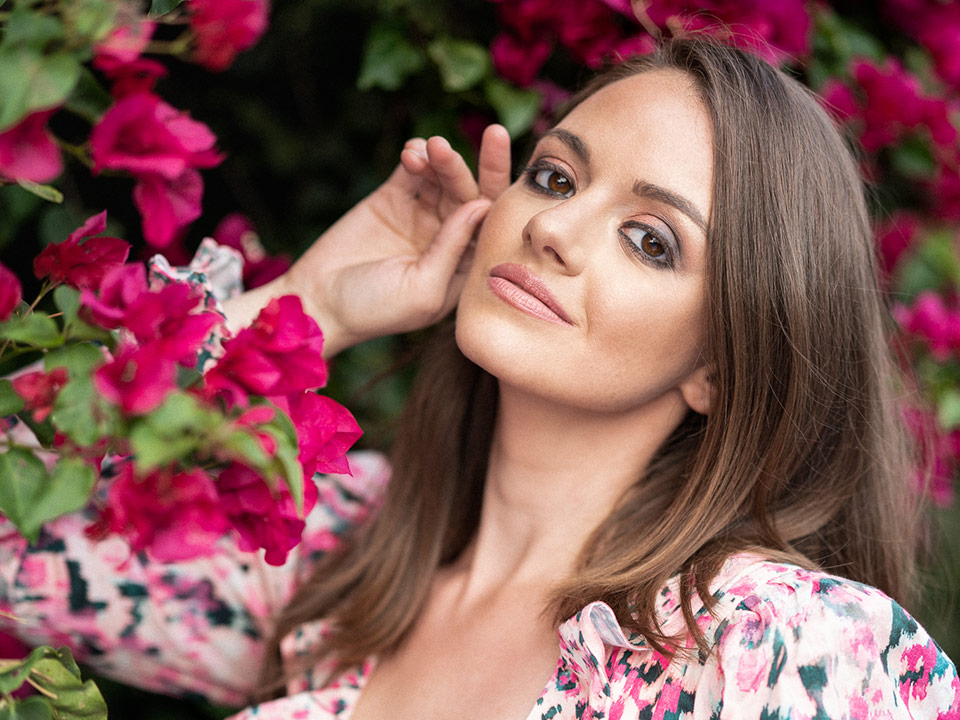 Jaclyn, actress and creator, was born and raised in Chicago. The Second City is also where she began her creative career. She worked with Collaboraction and the renowned Redmoon Theatre, where she performed at TedxMidWest, Lyric Opera House Chicago, and Museum of Contemporary Art Chicago. It was in Chicago that Jaclyn began her modeling and TV career, performing on shows for Discovery and Fox and starring in several commercials and print ads.

Jaclyn embarked to LA, where she was classically trained, studying the methods of Stella Adler and Meisner. She learned directly from James Franco in his masterclass and Scott Caan in his performance class.

Realizing she had a passion for creating the work she performs, she dived into writing and producing. In 2017, she wrote and produced Breach, an award winning short film that circled around the festival market. In 2019, she was associate producer for the Sell/Buy/Date tour, performed by Tony-winner Sarah Jones.

Jaclyn, please tell us a little about you?

I’m an artist originally from Chicago. I really enjoy creating and performing and I have a background in theatre, commercials, and film. I’m also a Latin Ballroom dancer, specifically bachata and salsa. This last summer, I adopted a boxer rescue and am now a proud dog-mommy to Saint.

I knew that I loved acting from an early age. I started performing locally and the more I worked, the more I grew in my craft. I came alive when I was onstage, sharing stories from different worlds and knew I wanted this as a career path.

Acting is a lifestyle in which everyday you get to step into another world and learn about different people. I feel as though acting has made me more aware of myself and more connected to others. It definitely causes you to focus inward so you can bring your experience to the work. But also, it causes you to learn about yourself: your voice, your physicality, your essence, so you have a starting point when taking on a new character.

The best part is I get to play everyday. I wake up and do what I love, embracing the joy it brings me. The worst part is people who throw doubt your way. You have to believe in yourself and your projects wholeheartedly, because there will be a lot of people wanting to tell you that you can’t do something.

Tell us about your work in web series “The Nellie Bly Story?”

Nellie Bly originated as a one-woman show. When Covid hit, I wanted to translate this theatrical play to the digital world. Then as I was researching Nellie’s life, I thought: how many other fascinating female-focused stories are out there and were rarely celebrated because of the time period the events took place? The Nellie Bly Story is the first installment of my web series that features female figures who were ahead of their time. The series is done interview style, as if we had the gift of pulling Nellie Bly in the studio to discuss the events of her life. It’s comedic in tone, with male characters who represent the attitude towards women and the obstacles Nellie faced during that time.

And about playing 14 characters, that’s amazing. How do you prepare for that?

It starts with remembering techniques from my training and creating the characters based on how I think they’d speak, act, and move. A lot of the characters were formed by thinking about the rhythm of their voice and allowing myself to play with that. Also, most of these characters were real people who were recorded in Nellie’s writings.

I star in The Scarf, which is circulating film festivals. In 2017, I created and starred in Breach, which circled film fests. Breach focuses on the obstacles women face in the workplace. I have been a part of the TEDex Midwest while working with the acclaimed Redmoon Theatre. I’ve also been featured in roles on The Style Network and Discovery as well as numerous commercials.

I’d love to play the intelligent, strong woman who helps solve a crime. Or, for comedies, the young professional who’s doing her best but keeps running into obstacles and romances along the way. I’m also secretly a big mafia movie fan. I’d love to play a mafia queen.

Being able to experience new worlds and share important stories with the audience. If someone watching my work feels something or is motivated by my project, that’s a win. 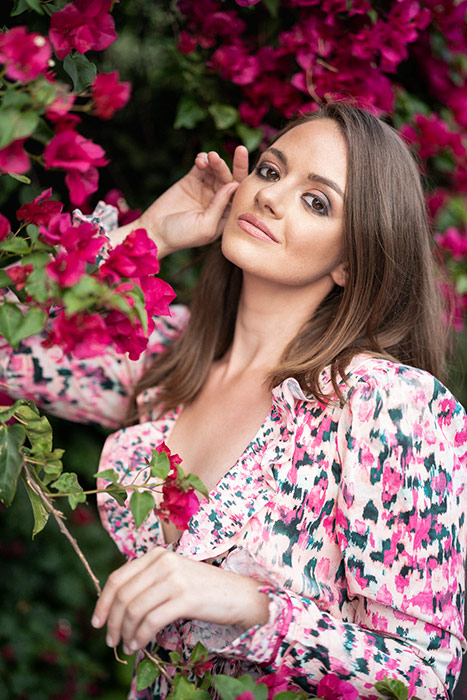 My best friend would likely say I’m kind, ambitious, and driven. She knows that I have big goals set for myself and work extremely hard to achieve them.

What’s next for Jaclyn Whitehair in the last months of 2020?

I’m going to be doing some research and writing for the next season of my web series. I have some great characters in the works.

Salads are my go-to meal.

Pizza. I’m from Chicago and we have the best pizza in the world. The deep dish is great! But also, we have this amazingly greasy and cheesy thin crust which can’t be found anywhere else.

Classic with pieces that are daring or eye catching

To live on your own terms, doing what you love, and enjoying the moment

I’d love to have lunch with Nellie Bly. Her life was truly remarkable. Also, Lucille Ball was a fantastic comedian as well as a savvy business woman.

I adopted my dog from Ace of Hearts dog rescue. They are amazing to work with and really care about the animals. I’ve also always supported St. Jude Children’s Hospital.

Working in a similar fashion to what I’m doing now, creating, producing, acting, and writing. Bringing important issues to light through film and TV.

I honestly can’t pick just one because it definitely depends on my mood. Music is a reflection of how I’m feeling.

If used correctly, it’s a great place to connect and offers a home for new creators.

Quote: Energy rightly applied and directed will accomplish anything.

Sports Team: I usually root for my hometown Chicago teams but was impressed with the Lakers this season.