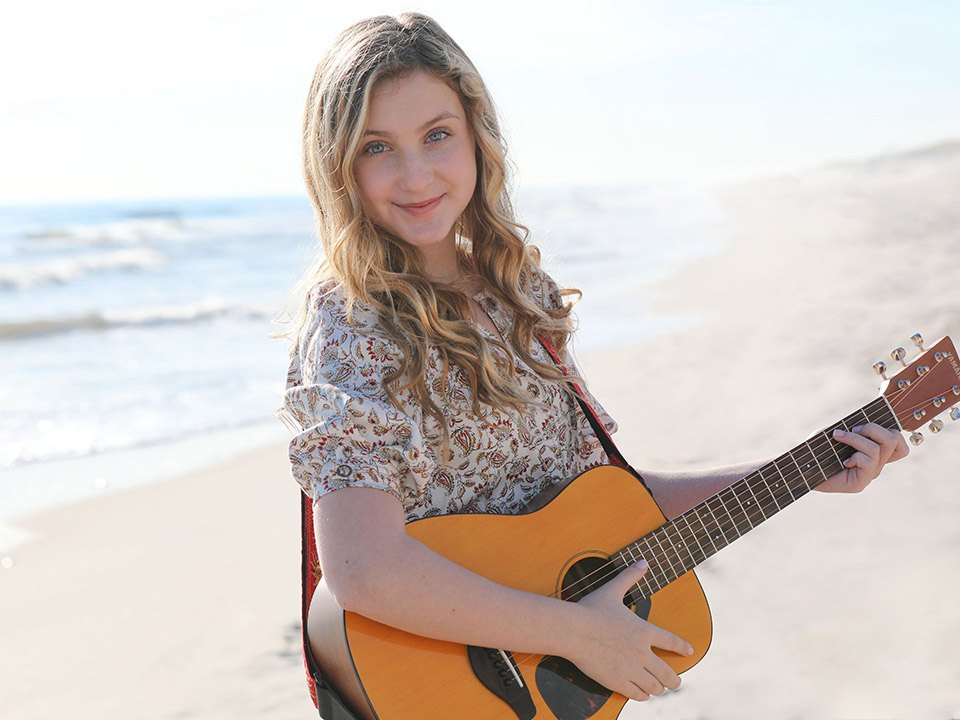 Check out our interview with actress, dancer and singer/songwriter Kyla Carter who can be seen starring as ‘CJ Suki’ in DreamWorks animated series “TrollsTopia” streaming on Hulu and Peacock. She can also be seen starring as the same character in the Netflix series “Trolls The Beat Goes On”. Kyla’s single “Because You’re You” from Season 4 of the Netflix series soundtrack has become a hit with Trolls fans and beyond, garnering over 30K+ streams on YouTube alone.

Kyla Carter - Trolls The Beat Goes On (S4) - Because You're You

Hi Kyla, please tell us a little about you?

I am Kyla Carter and I am so excited to share a little bit about me with all of you! I am 14 years old and a freshman in high school. I am in all honors classes and my favorite subject is English. I was born in Long Island, New York. My parents are teachers and my brother, who is only 13 months younger than me, is my best friend and biggest supporter. I have been a professional actress since I was 5 years old, and have traveled the country most of my life performing on the biggest stages in America.

I started my professional television career when I was age 5 and was cast as Hattie the Witch in the Nickelodeon series “WALLKAZAM!” and Young Nora in the HBO series “THE LEFTOVERS.” My professional stage career began at age 8 when I was cast in the Broadway National Tour of “The Sound of Music,” directed by three time Tony Winner, Jack O’Brien. I toured the USA and Canada 18 months, performed over 500 shows, visited 50 cities and 26 states, and never missed a single day of work or school on the road! My love of acting was inspired by Shirley Temple.

I am thankful for the opportunities I have been given at such a young age. I would not say my path has changed my life, but I would say I have learned many valuable lessons that sometimes take a lifetime to learn. I have learned to trust myself, stay positive and to keep my eyes on my own paper. Life is a journey, not a race. Never push for something that is not meant to be.

Tell us about your work in DreamWorks animated series “TrollsTopia?”

“TrollsTopia” is a DreamWorks animated series, based on the events of the film “Trolls World Tour.” It is a spin-off of the animated series “Trolls the Beat Goes On.” I really enjoy the great music, fun characters, humor and positive messages built around friendship.

And about your role as CJ Suki?

CJ Suki was originally part of the DreamWorks animated series “Trolls the Beat Goes On.” She was created based on some of my own features, like freckles and blue eyes. She is a pop singer, a spunky firecracker and loves her Aunt DJ! 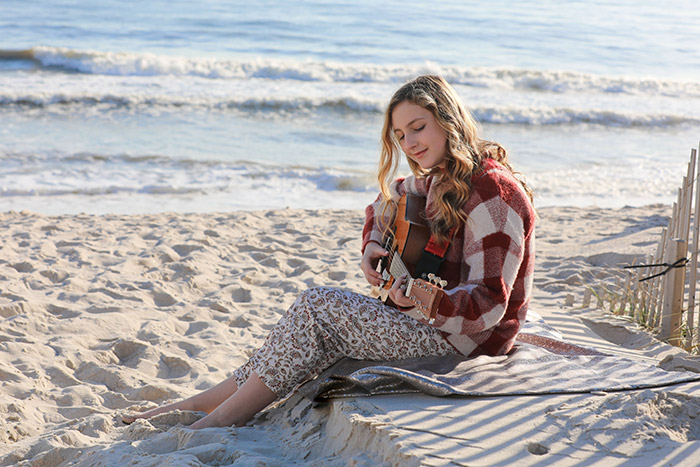 I will read through the whole script first, so I can understand the plot. I will then look at my specific lines and really try to understand what my character would like and dislike. Based on that information, I will make-up a backstory based on the lines I was given to help me become that character.

I am really proud of my podcast segment, called Kyla’s Korner, featured weekly on The Mark White Show, where I share encouraging and inspiring messages. The main message that I try to relay to my listeners each week is to “Live Life Sunny Side Up.”

I like to play characters with depth and room for discovery. Some of my dream roles would be Eurydice in “Hadestown” and Zoe Murphy in “Dear Evan Hanson.”

On the music side, tell us about your hit single “Because You’re You?”

Working for DreamWorks Animation is a DREAM JOB with a DREAM TEAM! When I auditioned for the role of CJ Suki, I had to sing a pop song. Therefore, I knew if I booked the job I would be singing in the show. However, I did not know that CJ Suki was going to have her own pop song written just for her! Recording my very first pop song in the studio for DreamWorks Trolls was an amazing experience that I will never forget. In fact, my love of pop music began with CJ! “Because You’re You” has become a fan favorite with over 33K views on my YouTube channel!

CJ Suki is trying to encourage her Aunt DJ to be true to herself, because she is perfect just the way she is. Aunt DJ is her hero and she aspires to be just like her.

My love of acting was inspired by Shirley Temple. When I was four years old, a commercial for the Shirley Temple DVD’s came on the television. I begged my mom for the whole set. I watched every movie, color and black and white over and over, and I said to my mom, “I want to do what she does.”

Writing music lyrics has always been a hobby of mine, and has been a way to release my feelings and struggles. However, during 2020 I was given the gift of time to really discover who I am and the type of artist I want to be. With this time, I have been writing a ton of songs that are now being produced and released this year!

I do! I play piano, guitar, ukulele and violin.

I get nervous all of the time! I think when the nerves stop, the caring stops. I actually think I would be nervous about NOT being nervous!!!!

The standing ovations during the final bow!

Funny, happy, and absent because I am always working or training!

2021 will be a year the world discovers Kyla Carter’s original music. I am super excited to release my first single. I am also excited to work on a new animated television series in the title role!

TO LIVE LIFE SUNNY SIDE UP!

It is important to have a role model that works hard, remains true to who they are and makes a difference in this world. Shirley Temple not only had so much talent, but she was an amazing human being!

Be confident, you are enough. Never change who you are or compromise your integrity.

I regularly perform at Broadway charity events to help raise money for Broadway Cares and The Actors Fund. I am also a member of “Team Young Hollywood and Broadway” which consists of young actors who came together to support the efforts at St. Jude Children’s Hospital.

Five years from now I see myself happy, living my dream, sharing my music and performing on Broadway.

“Here Comes the Sun” by the Beatles because it reminds me that there will always be light after the dark.

Social media reaches so many people, so I feel it is important to be a role model for young people. I am super passionate about using my platform and talent to give back.

I also use my platform to encourage my fans to never compare yourself to others, be true to you, and inspire those around you with positivity and kindness. I want those around me to always try to look at the bright side of life, dance in the rain, and be the SUPERHERO in your own story.

Quote: It’s the simple things in life that are MOST EXTRAORDINARY

TV Show: Julie and the Phantoms

Book: The Hate You Give