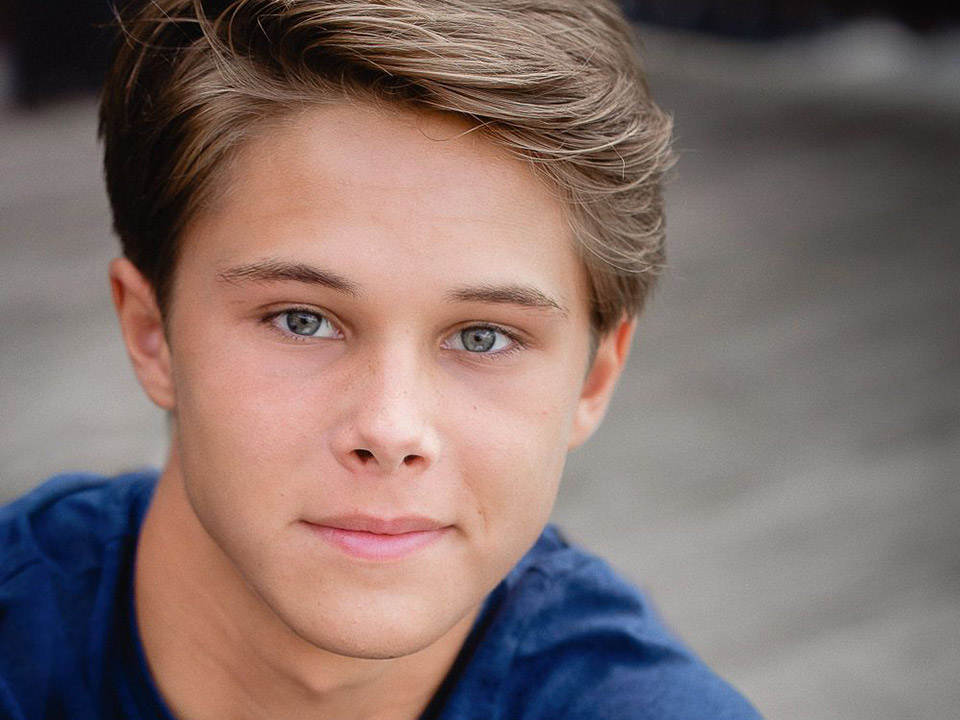 Check out our interview with actor and dancer Jamie Mann who can be seen opposite Katharine McPhee and Eddie Cibrian on Netflix’s music themed show “Country Comfort.”

The comedy series follows an aspiring young country singer named Bailey (McPhee), whose career and personal life gets derailed. As a result, she takes on a nannying job for a rugged cowboy named Beau (Cibrian) and his five children. Jamie portrays his second oldest child “Brody,” an endearingly awkward teen whose voice and dance moves are his only way to overcome his tongue-tied attempts to land a first date.

Jamie starred as “Billy Elliot” in Billy Elliot the Musical. In 2019, he played “Dunlap” in Because of Winn Dixie (Goodspeed Opera House) and also performed in a reading of Joe Iconis’s The Unauthorized Hunter S. Thompson Musical. Jamie has danced with the New York City Ballet in The Nutcracker, Swan Lake and Harlequinade; with Alvin Ailey at the Apollo Theater; and as the “Prince” in The Nutcracker at Westport Country Playhouse. 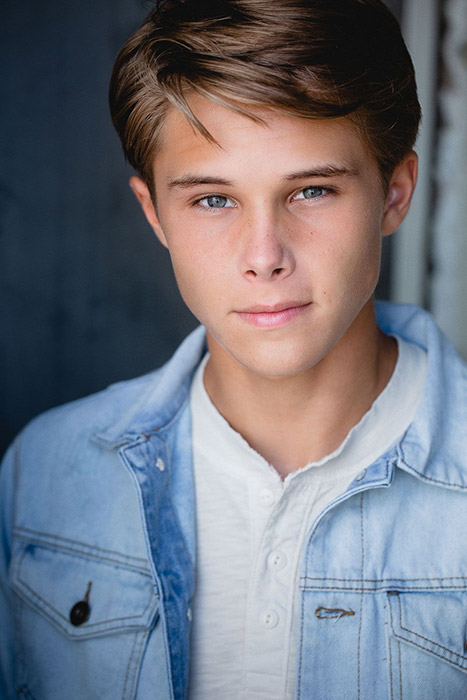 Hi Jamie, describe yourself in 3 words?

I started taking dance classes at age 7 and loved being on stage. I did a local summer theater program and played “Willard” in Footloose. Then, when I was in third grade, a friend asked if I wanted to do an acting workshop in New York. A casting director saw me there and told my mom I should have an agent. She sent us to meet my current manager, Dave McKeown, and all of a sudden I was going on professional auditions a couple days a week.

I can’t imagine my life without the acting world in it. I have met so many incredible people and had such amazing experiences performing at different theaters—from Florida up to New Hampshire—dancing with New York City Ballet in Lincoln Center and Alvin Ailey at the Apollo Theater, living in L.A. last year. I think I also know a lot about myself and my mental state because so much of acting is exploring different emotions.

I would say the absolute best part of acting is performing and doing the work. It feels so fulfilling when you have a performance that is convincing and grounded, when you have fulfilled your job as a storyteller and the audience enjoys it.

The worst part of being an actor is probably the instability. Acting takes endless optimism because you are faced with constant rejection and that can be really hard. It requires a lot of resilience and tenacity.

Working on “Country Comfort” has been by far one of the most incredible experiences of my life. Everyone involved is so kind and nothing like any stereotypes you ever hear about Hollywood! I love the second family that we have created—on set and off. My co-stars are not only amazing actors but they are seriously the nicest people. Brody is also such an innocent, kind, goofy character and I’m so lucky that I got the opportunity to bring him to life. I honestly couldn’t stop pinching myself as we filmed because it was so surreal and fun.

How was working with such a talented cast including Katharine McPhee?

I’m so in awe of her! Every single one of my co-stars is SO talented. Obviously working with actors like Katharine McPhee and Eddie Cibrian, I learned so much. They are both such professionals and set a great example on set. Kat is also one of the most spectacular singers I have ever heard. Even in table reads she would blow us away with her impeccable vocals! Overall, it honestly felt like I was in a masterclass with these intelligent and successful actors.

Preparing for Brody was a unique experience because I had never created a character before. My early research came from context clues within the script. So once I had an outline of his person based off the scenes he was in, I was able to develop a more fleshed-out personality. Caryn Lucas was also an incredible writer and showrunner because of her flexibility and willingness to work with the actors to develop the characters that she created.

In middle school I was in four regional productions of “Billy Elliot, the Musical” playing Billy, which was my dream role. I also got the opportunity to perform in “The Nutcracker,” “Swan Lake,” and “Harlequinade” with New York City Ballet. My high school’s theater organization, Staples Players, produces phenomenal shows, and I’ve loved doing “Newsies,” “Curtains,” “Legally Blonde,” “Mamma Mia,” and more. I was also in “Because of Winn Dixie” at the Goodspeed Opera House and a workshop of Joe Iconis’s new musical, “The Unauthorized Hunter S. Thompson Musical,” which is so awesome.

I honestly think that I haven’t even begun to explore all of the different roles that are out there, and every role I’ve played has been so different. I have a blast playing comedic roles. I love that I get to sing and dance as Brody. I’d like to explore some serious characters. My younger brother, Cameron, acts and he always seems to get the sociopathic, heavy, or sickly-kid roles! 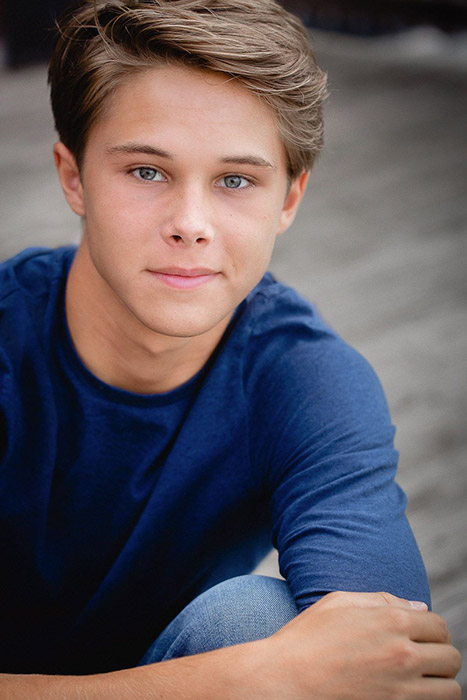 Now tell us about your dancing experience and performing as Billy Elliot? Big congrats!

Billy Elliot was my favorite show from when I saw it on Broadway at seven. I was so fortunate to play Billy, first at the Maltz Jupiter Theatre in Florida during seventh grade, then at Company Theatre in Boston, at the Palace in New Hampshire, and, finally, in my dad’s hometown at The Fulton in Lancaster, PA. I think Billy is the toughest child actor role there is (the Annies might disagree): he sings, dances, acts in every scene but one, and even flies! There just aren’t words to describe what it’s like taking a bow after two hours on stage as Billy.

They’d say I’m like a rambunctious, fun-loving Golden Retriever. I’m known to blast Christmas carols in August. I’m super social and my friendships at school and within casts are very important to me.

I really enjoy spinach; I have no idea why, but I like it a lot. As a little kid, broccoli was my favorite snack food!

100% microwavable popcorn, someone should stop me…

I think happiness comes from reveling in the journey. Recently, I have been trying to explore the joy in working hard. Rather than solely finding joy from completing a goal, I look for the fun in working towards that goal.

One of my teachers Cynthia Gibb (Fame, Gypsy) told me that you have found success as soon as you show up for an audition. As soon as you put in the work to learn your lines, develop a character, and show up, you have succeeded, because then you get to show whoever is on the other side of the table what you can do.

Last summer, I produced a virtual cabaret for Obi Ndefo, an actor/screenwriter who was struck by a car in L.A. and lost both his legs. About 20 performers participated, including some Broadway and TV/Film stars, and we raised over $5,000 to help Obi get new prosthetic legs. Obi is an incredibly inspiring person, whose optimism through a hellish experience is a model for all of us during these crazy times.

I have a love/hate relationship with social media. It has become a huge part of the industry and a requirement for actors. However, I strive to make sure that social media continues to represent me authentically. I think it’s really important that it doesn’t take over my life (but if you happen to be scrolling through Instagram, my handle is Jamiemartinmann 😉