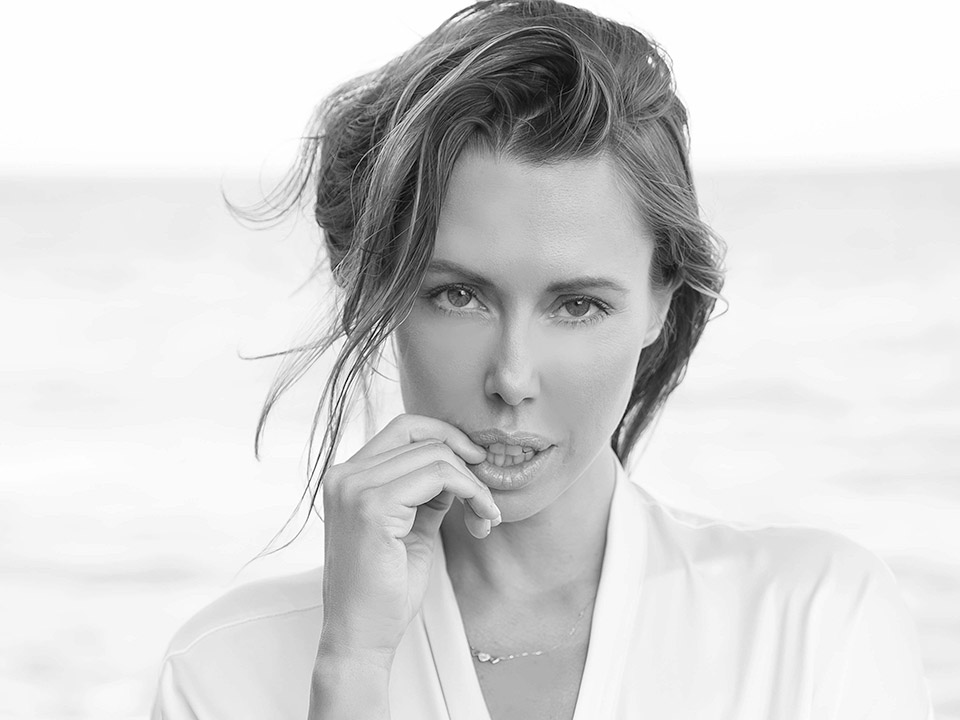 Check out our interview with talented Serbian Film Composer, BMI and SAG-AFTRA recording artist and Actress Natasha Kojic. Natasha is currently based in Los Angeles, CA.

Natasha entered the international music scene in 2004 with her hit debut single, “Oko plavo” (Blue eyes) that went No. 1 on the Yugoslavia hot 100 pop radio charts. Her success continued with many more albums, and continues today.

Since 2004 she has appeared frequently on many European television networks such as MTV, RTS, Bravo and the rest of major networks in Europe and have performed all over the world. After graduating with a master’s degree at Music Academy in Serbia (Music Theory) Natasha continued her studies at Berkeley College of Music in Boston, MA, and then she made a turn in her career by focusing on composing music for motion pictures and acting. She also orchestrates, arranges, and produces music. 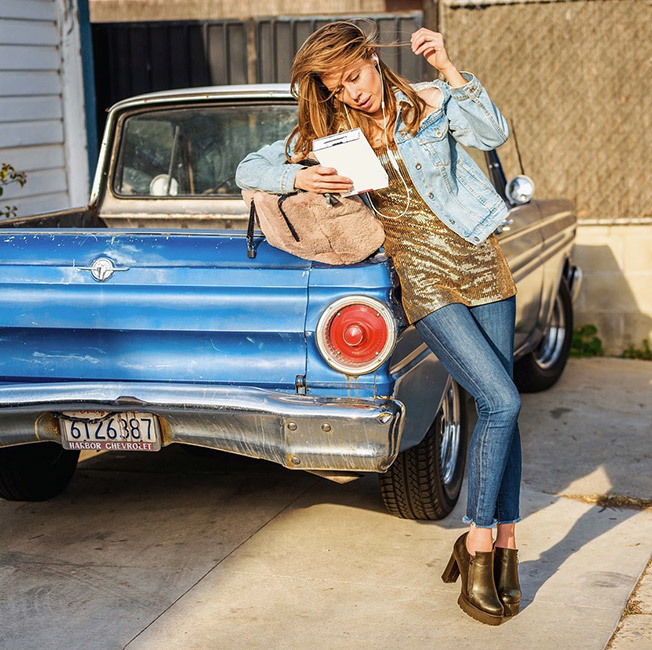 The biggest impact on my life had of course my mother and my dad.

My mom simply because she is a full spectrum of skills and qualities (Think how Lady Di was), so that explains. Also, my dad, for his wisdom and creative approach to life with the good, honest heart.

I have started first as a singer/songwriter back-home in Serbia, former Yugoslavia and then make a “little” turn into a film music industry in the U.S.A.

We noticed that you are also a SAG AFTRA member, and your IMDB credits in television series and films, so how is your acting career?

Acting is there to supplement my creativity and I love it. I met great people on sets, and it’s always a good experience.

Did you go to music/production school?

After graduating at Classical Music Academy (music theory and composition)in Serbia, I have received a scholarship for Berkeley College of Music (film music) and decided to make a turn in my career.

Not that many people would replace their celebrity status as a pop singer and start brand new in another country as a film composer on their own. How did media and press in Serbia react?

I was too busy studying and working to follow up with all of that “jazz”.

Who influenced you and why did you choose to make music for films?

I never really made a blunt decision about film composing, it was kind of simple development of my inner self that became bored of a certain formula of songs making and touring, which resulted with my hobby of composing my own instrumentals to take over. After that, the more I stepped into that world, the more I love it. That is sometimes that can last for a lifetime and has no expiration date.

Your Electro Music Album “Electro Streams” is out on Apple Music and Spotify, including your music video that we just noticed on your IGTV. Any information about that?

Yes, and I am excited to currently shooting a music video for another one, and aiming to finish it in a time manner before I start working music on a movie.

What’s your favorite track from your “Electro Streams” album?

I’d say the first one on an album list that just came out with a music video.

Each time when director tells me: “Oh, I can’t wait to hear that cue”… and each time I have to start from scratch.

Describe your process to create music for films?

It all starts with the script reading, spotting session, and then in my head thinking of the sounds I want to use and that directors agrees. That is the plain start. After that, I get into my zone, and start with a scene I think it tells me I should start with… It’s a very intuitive process but at the same time, it requires a good organization since the deadline has to be met, as well as preparation of the studio recording sessions.

What is your next goal as a film composer and producer?

Just trying to be a better version of whatever I am doing in life.

Can you mention some films or productions that used your talent?

I am very happy, thankful and lucky that a film composer, Christopher Young (“Sinister”, “Pet’s Sematary”, “Gift”, “Nightmare on Elem street” etc.) is my mentor and very happy to be a score assistant to one of his movies coming up for 20th Century FOX. I learned a lot from Chris, not just musically, but organization wise. Regarding the productions, yes, a lot of my Television music placements were going through “Megatrax Music” Library and many others. As I am typing this interview, my tracks are exporting for Fine Tune Music, so yeah, that one is current.

What is the toughest decision you had to make in your business the last few months?

The toughest decision was to hire a social media assistant to run my emails since my hobby of creating visual-audio content for companies on social media platforms turned into a serious work. Hiring someone is always tough and making that decision requires its work around it. So far, it was a great decision to manage my time.

Now tell us about your health & lifestyle blog laladaily.com?

Obviously, I love social media visual content creating, and I have been always into nutrition, fitness, fashion etc. so since my Social Media turned into a business, I decided to launch “LaLaDaily.com” and have my creative outlet “playground”.

What is different from your blog to other ones?

To be honest with you, I never compared. In in other words, I have no idea, lol! Maybe I can ask you about that?

Any advice to other young entrepreneurs out there?

Don’t fall into a pattern and always test different ideas and since it is not “one size fits all”, learn what works for you, choose your clients wisely, and trust your instincts. 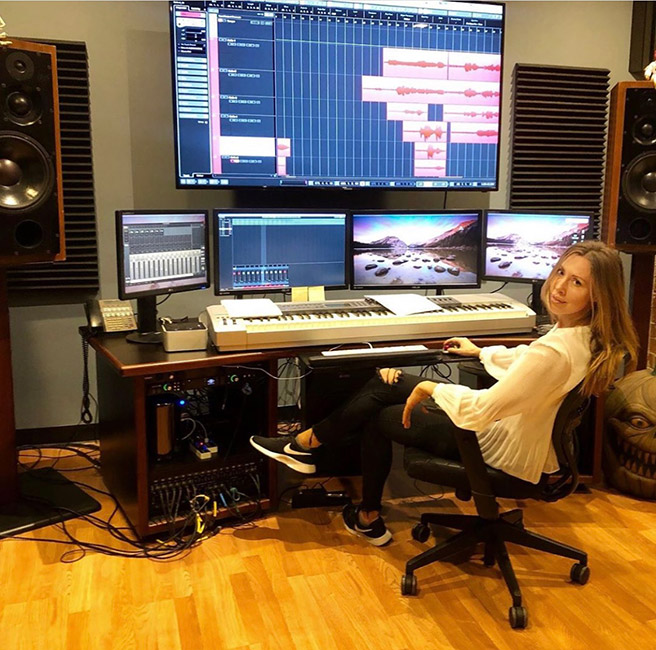 What we can expect of Natasha Kojic in 2020?

I don’t know why I am not a fan of karaoke, but in a car I listen to Worakls ambient deep house music, Buddha Bar, or usually my mom on a speakerphone lol.

Freedom in every aspect!

Besides creating visual content, when it comes to sports, it is tennis. Of course, did I mention technology? That too;-)

It starts with a quick workout, continues with work and daily errands, meetings. Mornings are important to me so I always try to wake up early to have time to “chill” before my phone goes nuts! 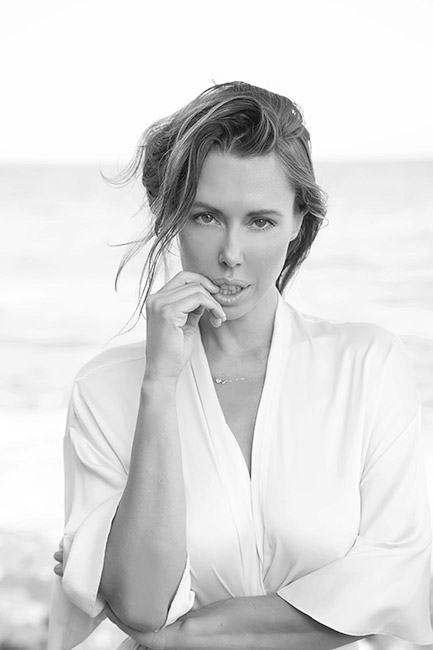 Tennis or swimming followed by time with my friends at lunch with a nice view and then a relaxing massage if possible. Uber instead of driving preferably, lol!

Coconut, coconut yogurt, all sorts of superfoods and chia puddings and, of course Blueberries. In addition, potatoes in every shape or form.

Christopher Nolan. I’d love to be a music part of his picture sometime in life…

I will save that vision in its little unpublished folder.

I think it is a transparent way to connect people and businesses and probably the first medium of a New Age Media.