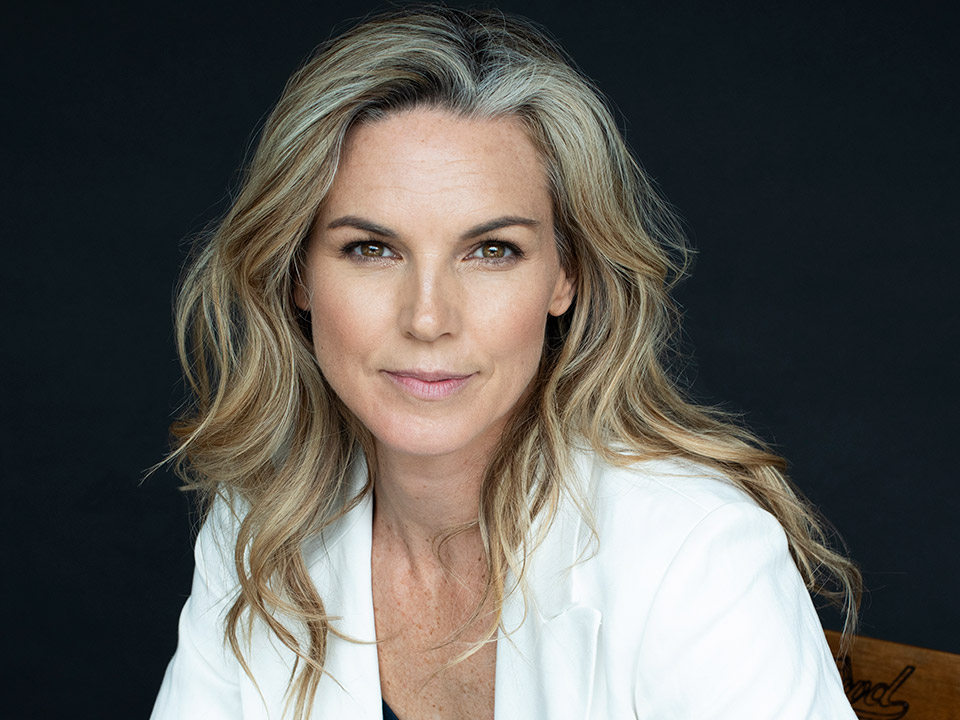 Kate is an award-winning and highly sought-after actor whose diverse work experience includes film, television, voiceover, stage and video games. As a former elementary school teacher who became an actor later in life, Kate is an advocate for people following their dreams no matter where they are in life. In May 2014, Kate was the keynote speaker at TEDx in Oshawa, Canada where she told her inspiring story of Chasing Dreams and Beginning Again. The presentation which garnered over half a million views has connected her globally with many people who are also on their path to reaching their goals.

Kate can be seen starring in the highly anticipated genre bending sci-fi series UTOPIA FALLS, a coming of age story following a group of teens in the distant future colony of New Babyl as they uncover an ancient forbidden archive of historical, cultural and musical relics. UTOPIA FALLS also features the voice of Snoop Dogg and music from the likes of Kendrick Lamar, Alessia Cara, Jessie Reyez, Daniel Caesar, Notorious B.I.G. and more. 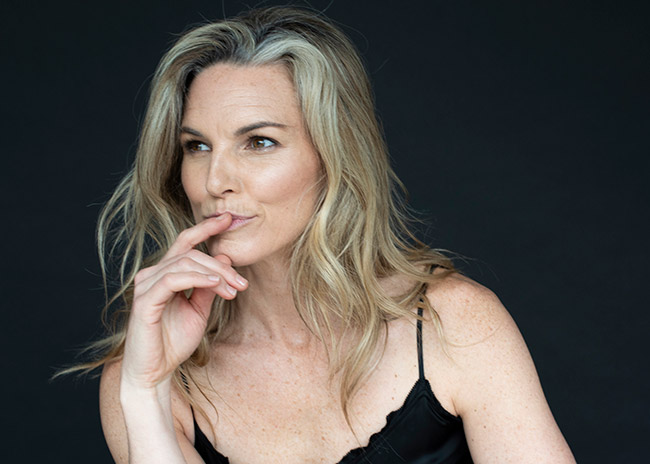 I’m an actress working in television, film, video games and voice over and I’m also a writer/director. I used to be an elementary school teacher and after 12 very fulfilling and happy years, I left the classroom to pursue my other passion: acting. I’m such an advocate for following your dreams, no matter what age, what stage, what others have to say. My TEDx Talk, Chasing Dreams and Beginning Again, has been seen over half a million times and is constantly connecting me with people all over the world. This makes me feel like I’m still a teacher, in a way… just with a bigger classroom. I love that.

Michelle Obama. Jane Fonda. Brene Brown. I have so many role models. Basically any person who has the courage to stand up for injustices, who bravely follows their passion and who will stand tall in the face of adversity. Those are the people who I will be inspired by.

When I was 30, I guess you could say that I hit a bit of an early life crisis. It’s hard to explain. I loved my job and had checked off all the boxes for what I thought would make a great life, but I was really unfulfilled, personally. I had to get really honest with myself about what I felt I was missing. I realized that I had been ignoring my artist for far too long. You see, when I was a young girl, I was always acting, making stories, putting on plays…I could barely get through a school day because I was so lost in my thoughts, writing stories, playing make believe. My parents and teachers put me into sports as a way of helping me find my focus and I subsequently spent the next decades competing quite seriously in basketball, volleyball, badminton etc. But there was always this part of me that felt forgotten. And that’s what was missing.

At the age of 30, I took my first acting class and I felt like I was home for the first time. It was like putting on my favourite pair of high-tops. It was a perfect fit. I continued to take classes at night, do as many plays as I could manage and even started to get small roles in movies, all while teaching my students during the day. I was hooked and feeling ignited and inspired. It felt true.

Acting has given me a new life, new energy and a creative outlet and space to express myself in ways that I never had the opportunity to before. There’s something about that feeling of being stuck. This feeling like you’re in auto-pilot in your life and that’s where I was before I found acting. Now? It’s not always easy, but I know I’m following a very truthful path.

Tell us about your work in the new Hulu original series “Utopia Falls?”

I’m so excited for people to see this show. It’s a sci-fi drama that is edgy, relevant and drenched in themes of freedom of expression, activism, eco awareness, diversity… pretty powerful themes considering the state of our world right now. It follows a group of teens chosen to compete in the prestigious Exemplar performing arts competition in the seemingly idyllic colony of New Babyl. When they stumble upon a hidden archive of cultural relics, they are forced to question everything they have been taught, ultimately using the power of music to ignite change and expose the truth. To me, it makes me think of a cross between Hunger Games and America’s Got Talent.

And about your role as Authority Phydra?

Phydra is the head of New Babyl’s police force and is a staunch believer in upholding the law, order, and above all – the status quo of New Babyl. It was a super intense and challenging role to play and I loved every fiery second of it! Phydra is smart, cunning, and manipulative, and will stop at nothing in pursuit of a controlled and lawful nation. Everything about Phydra is so fantastic. From her custom threads, to the hair, to the dynamics of her relationship with these kids. Truly a dream role.

And about your work in the new reboot of the beloved 90’s children’s television series “Ghostwriter?”

I wish I could tell you all about this role but I can’t until it’s released. All I can say is that it is like nothing I’ve ever played before!

Whether it’s through my work as an actress, or my work as a writer/director, the most rewarding part of my work is connecting with others and telling stories that move people. I always love when someone tells me that they really saw themselves in me, in my performance, or through the words that I’ve written. It means I’m tapping into something universal and human, and that is the most rewarding experience ever. Another part of my work that is incredibly rewarding is the fandom. I’m so lucky to have what I call a “fam-dom” supporting me and everything that I do, and that community is so special to me. 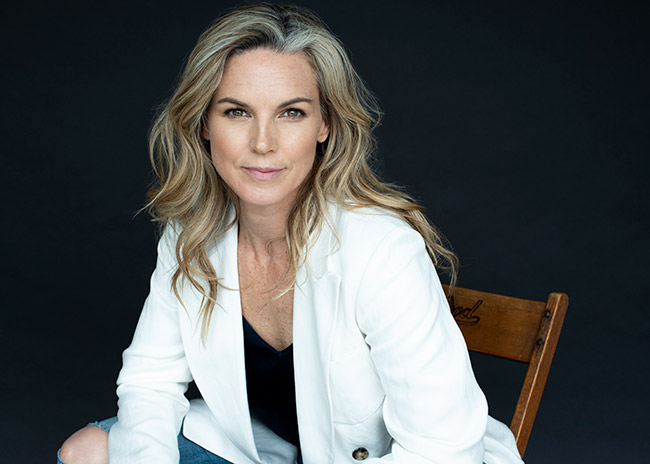 Avocado. Pickled ginger. But not together.

I think they would say that I’m kind… sensitive… an advocate for animals and people… loyal… goofy… did I mention sensitive? 😉

I’ve got a few things in the works for 2020 other than auditioning and voice work, which keeps me pretty busy. I’m in pre-production for a very endearing film called Healing Hearts that’s set to film later this year. And of course, fingers crossed for a Season 2 of Utopia Falls. As a writer, I have a couple of projects on the go that I’d love to finalize including my first kids picture book.

If I’m not on set, my normal day is pretty active with long dog walks, meditation, journaling, going to the gym, reading scripts, prepping auditions, writing…if I can sneak a nap in there, I’m golden. When I’m on set? There’s no such thing as a normal day!

My perfect Sunday starts off slowly in the morning, lying in bed, hearing the coffee maker brewing my favourite coffee beans from Cuppers (Lethbridge, Alberta)… snuggling with my family. We go for a long walk, come home to a crackling fire and good music on the radio. Maybe my guy plays the guitar and the dog takes a break from barking at the wind. 😉 There’s definitely gluten-free waffles on the menu and there’ll be a nap in there somewhere. Some reading. Some writing. Perfection.

Jesus. I have so many questions.

Jump and the net will appear.

I like to offer support to as many charities as I can. Currently, I’m helping out The Snoopi Project, Playa Animal Rescue, DIBS Animal Rescue, BC Horse Angels and I will always be an active fundraiser for the SickKids Foundation. I have to give a shout out to my fans, who are always helping me with fundraising and supporting the causes that I’m standing with. Over the last years, together, we have raised over $10,000 for SickKids and have send hundreds of dog items to shelters in need in Mexico and Canada. My community, my fam-dom, is incredibly generous.

In 5 years, I hope to have had my second feature hit the screens and my first kid’s book turned into a full series. I really see myself as a female force in the industry, telling stories, creating jobs and opportunities for those who have been overlooked. I also see myself bringing my teaching back into my life, whether it’s through teaching acting workshops, personal coaching or doing large scale motivational speaking. Acting wise, I see myself continuing to be part of incredible shows, with am incredible fandom.

Quote: “Let your faith be stronger than your fear…”

Favorite Singer/Artist: Gillian Welch, Billy Joel, Stevie Nicks, Jann Arden… my list goes on and on and on.

Movie: Any of the Transformers movies (don’t judge me)

TV Show: How To Get Away With Murder

Book: Women Who Run With The Wolves, Ask and It Is Given