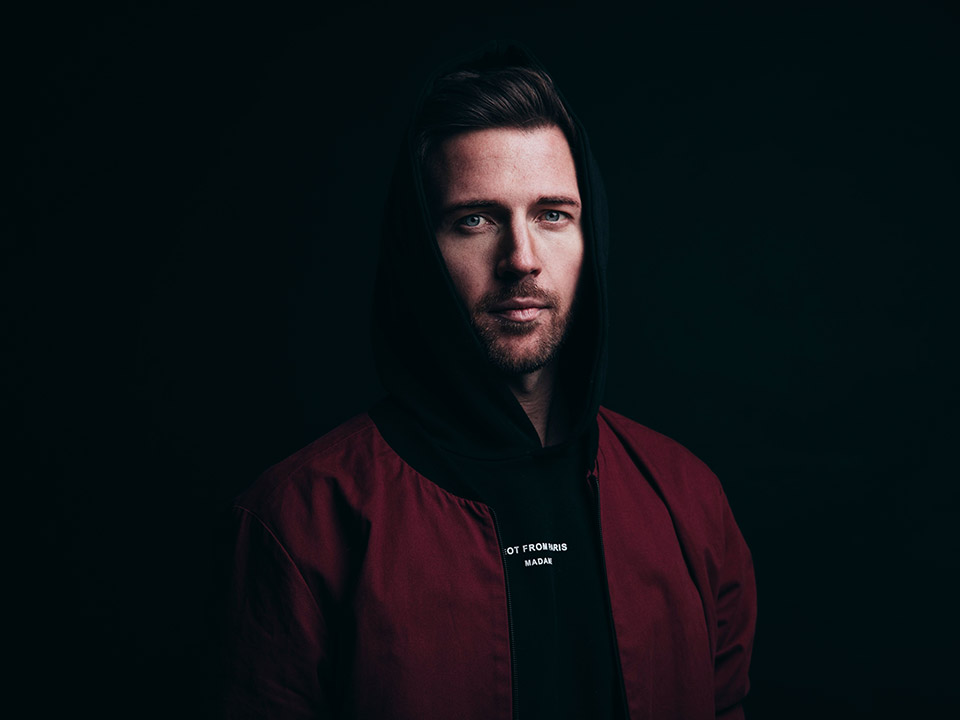 His latest single “Hear Me” is a bright pop, deep house tune exploding in colour and life. The track touches on the freedom after post-lockdown confinement and the excitement at the prospect of travel and adventure coming back into full swing. Explored through the male and female vocals the track leans towards their future of exploring again, with WIESE sharing, “The song is telling a story about what lockdown has done to us as human beings, our ability to be close to each other and our need to explore things the way we used to.”

With over 15 million Spotify plays, multiple radio spins and a crazy rotation of Spotify editorial playlists, WIESE is only getting started on his rise up the ranks.

Hi Trygve, please tell us a little about you?

Hi guys, as you know, I’m a songwriter, producer and DJ from the beautiful country of Norway. My artist name WIESE stems from my last name Wiese-Haugland, which is just too long and complicated for an artist name. I just can’t imagine that anyone would remember it and even less know how to spell it.

I live in Oslo but was born in Stavanger and grew up in Bergen – both on the West Coast of Norway. Kygo and Alan Walker also grew up in Bergen, so let’s just say the shoes are way too big to fill. However, I still make commercial electronic pop music, inspired by EDM and deep house artists such as Imanbek, R3hab, Martin Jensen and Hedegaard. But it can also be inspired by other genres, as long as it’s catchy melodies and powerful beats.

I have always been interested in music and I have been playing instruments and making music since I was a little kid. I cannot remember any moment that I decided to pursue a musical career. I released my first songs when I was 18, and then after a break of studies, work and whatnot, I started making music and releasing songs again last year. I guess I have just set bigger and bigger goals as I have reached them. And as time has passed, it has just happened to develop into some kind of a career.

Sure, but I’d rather describe it as super-focused than nervous per se. I rarely get nervous in the way that I’m afraid of what will happen or how it will be perceived. But I need to know that all details have been taken care of and that everyone is prepared and focused on their tasks. As soon as I reach that feeling, I can focus on having a good time and giving my best performance.

Tell us about your latest track “Hear Me?”

My new single ‘Hear Me’ is a bright pop, deep house tune exploding in colour and life. The track touches on the freedom after post-lockdown confinement and the excitement at the prospect of travel and adventure coming back into full swing. The song is telling a story about what lockdown has done to us as human beings, our ability to be close to each other and our need to explore things the way we used to.

‘Hear Me’ is a summer breeze, bursting with exotic flavours and tropical soundscapes. The main synth melody is catchy, carrying a flow of energy and keeping you feeling happy and alive. After a year in lockdown and finally starting to see things opening up again, the vibe I felt was uplifting, energetic and happy.

Oh, there are so many. Growing up in the 90’s I have to say Max Martin, the Swedish hit-machine. Probably one of the best writers and producers of all time. He’s worked with so many great artists and written so many catchy songs. When it comes to a recording artist, I’ll say Billie Joe Armstrong from Green Day. He’s got so much power in his voice and a stage presence like nobody else.

After a hard night out, my favorite chill-out is just to lay in bed, in a dark and cold room, with enough soda and junk food next to me.

I’ve played Viking Stadion/SR-Bank Arena, the stadium of my favorite football team, several times. With an audience of 16,000 it’s an amazing feeling to have all eyes and ears on yourself. 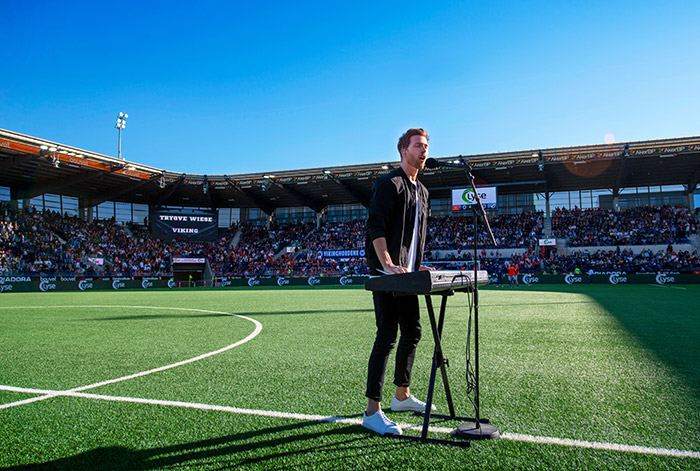 Did you had plans/gigs planned and cancelled because of COVID? If so, have you done any online events or interaction with your fans?

Yes, I had a lot cancelled. However, I’ve never complained about that. Not doing gigs for so long, gave me more time to make new music, figure out what I want and to focus on things I normally don’t have as much time for.

The fun part is the feeling of finally releasing new music I’ve been working day and night, as well as the feeling of playing live with all that adrenaline that comes with it. The feeling I get when I see happy people dancing to my music and perhaps even singing along, is just priceless. For me, it’s one of the main reasons for making music at all.

I’m not sure if I have any good answers to this one, but generally, regardless of what you’re doing in life or trying to accomplish, you must believe in yourself, be persistent and not let anyone tell you you’re not good enough. Instead, try to use any resistance as motivation and fuel to prove the critics that they’re wrong.

happen. However, I’ve been working on a bunch of new songs so, I wouldn’t be surprised to see new music coming. As things are opening, I really want to cease every opportunity to play live again, so I guess we’ll just have to wait and see. Hopefully I’ll be able to do both, as I really think people deserves uplifting music and great gigs now.

I’ve done a lot of pro-bono gigs over the years and I’m more than welcome to do many more in the time to come. Honestly, that’s something I really enjoy and it means so much to me when I see the joy it can give to people who struggle for some reason or another. I remember playing in orphanages and help centers in the slums of South Africa many years ago, and that’s something I’ll never forget. It took so little of me and I’m sure the memories and the value of the impressions I got were almost more important to me than for those I played for. It just calibrates your compass and helps you focus on what really matters.

I like all kinds of salads but as a Norwegian, I guess I’m obligated to say Norwegian salmon.

Pizza, tacos, tikka masala… I could go on forever with that list.

If there’s one thing the last year has thought us, it is to enjoy and live in the moment. To be honest, I haven’t thought too much about where I’ll be in five years. Music is an important part of me, so it would be great to progress and experience new adventures related to that. It would also be great to start a family and have children but if it happens within the next five years or not is not important to me. The most important thing to me, is to stay healthy, happy and to keep friends and family close.

Minimalistic and simple – just as my description of it.

It’s a great way to show people what I’m doing both on and off music, and it’s a great way to connect with my people who likes my music and want to engage with me. On the other side, I got to admit that it can sometimes be a little tiring to be “always on”. I had some five-six weeks break earlier this year and it felt great and gave me more energy when I finally got back. I won’t hesitate to do it again if I feel it’s right and I recommend everyone to take some time off when they feel for it.

Follow my Spotify-page to keep up with all my new music and the playlists I make. Then of course I’m pretty active on my Instagram-account @iamwiese which is where I spend most time with my followers and where it’s easiest to contact me. Obviously, I also have a Facebook-account, a Twitter-account and a YouTube-channel for my videos.

Quote: Just do it.