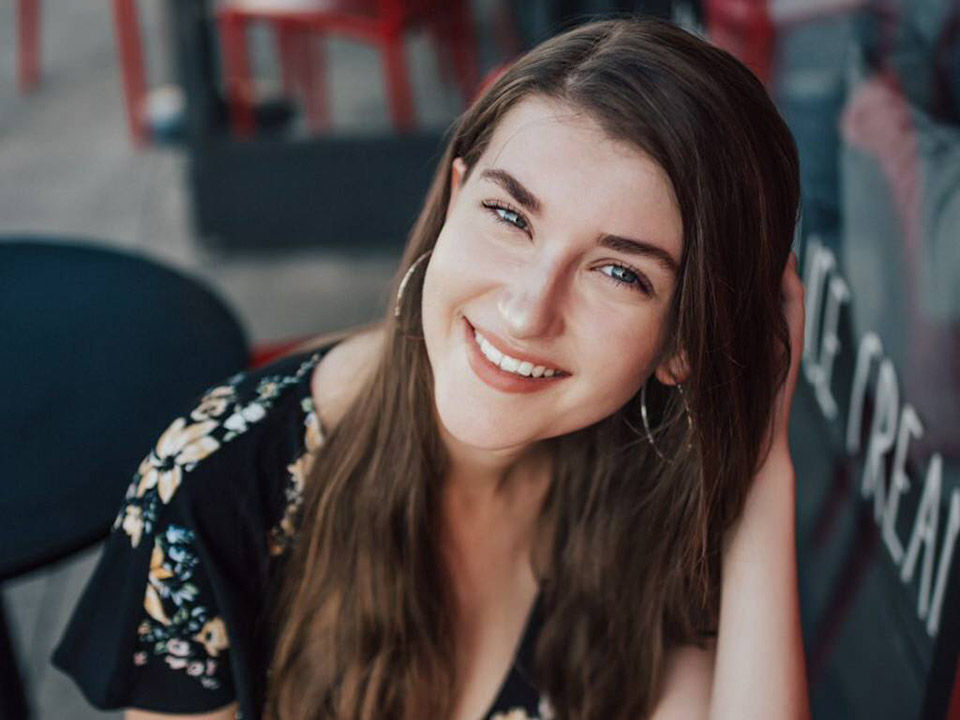 Check out our interview with talented Australian actress and singer Casey Burke.

Casey began her career shortly after moving to LA in 2008 with roles on TV shows such as Big Time Rush and in movies such as A24’s 20th Century Women with Elle Fanning. Her biggest role yet, however, came in 2014 when she joined ABC’s The Middle, recurring as Brick’s girlfriend Cindy. After seeing the show through its final season in 2018, she moved to New York to pursue a degree in Musical Theatre, while keeping up with her on-screen career with roles in Modern Family and multiple web series and online projects during the shutdown of the industry. 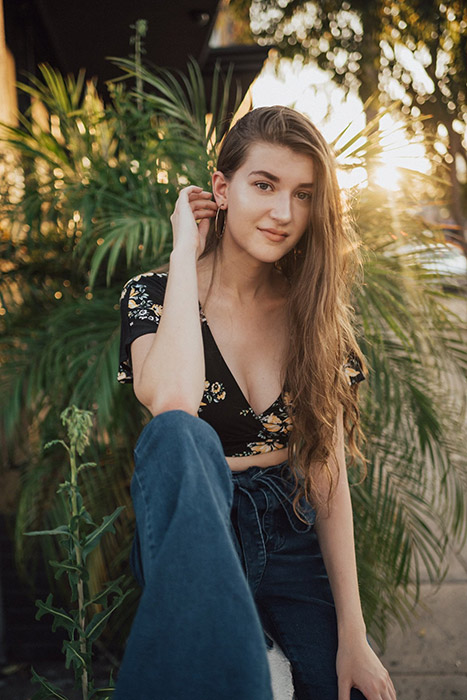 Hi Casey, please tell us a little about you?

Sure! I’m Casey, and I’m a 21 year old actress and singer, originally from Sydney, Australia. You might’ve seen me as Cindy on ABC’s The Middle, or possibly on other shows like Big Time Rush, Modern Family, etc.

I actually started in theatre. When I first moved to the US, I was very insecure about my Australian accent and my mom decided to put me in community theatre to encourage me to open up more. I guess it worked!

Of course! I think nerves are a natural part of being an artist and sharing vulnerable parts of yourself with others. The best thing you can do is use them to your advantage. Channel the nerves as energy and let them be a part of your work rather than have them get in the way of it.

Oooo. I absolutely love what I do so it’s hard to pick one thing, but I’d say one of my favorite parts is when fans reach out to tell me how much they loved something I got to be a part of- how it impacted their lives in positive ways and how I made them laugh through a hard time.

It depends! Obviously roles based off of real people or real stories require lots more research than original roles that kind of give you creative freedom. But whether it’s hours of reading articles and watching documentaries, or just coming up with your own background to a character, it’s about making it your own, going in as prepared as possible, and having fun!

Tell us about your work on ABC’s The Middle and on Modern Family?

Yeah! So I joined The Middle for its last 4 seasons as Cindy, Brick’s girlfriend, and it was the time of my life. Everyone was such a joy to work with, and getting the chance to develop a character for that long is always such a blessing.

My time on Modern Family was much shorter, but it was so thrilling to work on another show I had grown up with and see those actors do their thing in front of me. Fred Savage also directed the episode and he was just great to work with as well. I’m very lucky.

Well you’ll have to go see the full list on my IMDB, but a shortened version includes Nickelodeon’s Big Time Rush, the A24 movie 20th Century Women with Elle Fanning, an award winning short called The Plague, and other shows and films here and there, along with lots of theatre, as that stuck with me too.

What kind of roles would you like to play and why?

The serious answer is I’d love to be able to originate a character in some kind of sci-fi show, or a drama with lots of challenging material. I’m always looking to grow as an artist and I’d love to explore a bit more dramatic stuff.

The funny, but still true, answer is I really want to get an awesome death scene in something!

Patience and perseverance. Careers like mine can be soul-crushing one day, and incredible the next. What matters is that you love it, you work hard for it, and you don’t give up, even when you feel like you should.

How do you feel about that pressure of always doing the right thing, and encouraging people to follow their dreams?

No one can do the right thing 100% of the time. People make mistakes and as long as you learn and grow from them, that’s okay.

I do think that people should always be encouraged to follow their dreams. If you want something bad enough and you’re willing to work at it, why should anyone tell you that your dream is impossible? Prove them wrong.

I’m currently still finishing up a study program at college, and working on some new projects on the side, like a film and a theatre-based show. I just moved to New York City, so getting back into the swing of things there has made a big impact on my life the last couple months.

Non-existent. Lol. No, but I really just don’t think I have one, singular style. I kind of like to go with what’s trendy, or what I saw and liked on someone else. Some days I feel like going out in a cute dress and heels, and some days I throw on whatever is comfy. So, if it had to be described…casual but cute.

Being at peace with who you are, who you surround yourself with, and where you’re at right now, as well as accepting that it is a journey and every day you can work towards where you need to be.

Yes! When I lived in LA I absolutely loved helping out at the LA Mission around any holiday I could, and going to beach cleanups with Heal the Bay.

Hopefully with many more fantastically challenging roles under my belt! I’d love to have done a variety of things, maybe Broadway, some bigger TV and film roles. Maybe even write something myself!

Okay there are way too many so I’ll stick with right now- i hope ur ok by Olivia Rodrigo, which is probably a basic answer but I just think that song is beautiful.

Oof. Major love-hate relationship. I think it has become such an incredible outlet for connection and creativity over the last few years, but I also think it invites hate and toxicity on a new level for sure. I think we all just need to be careful not to lose ourselves in the false nature of it all, and make sure that you’re living a life outside of the screen.

Movie: I’m not gonna pretend that the answer to this is not also Harry Potter. (sorry not sorry)