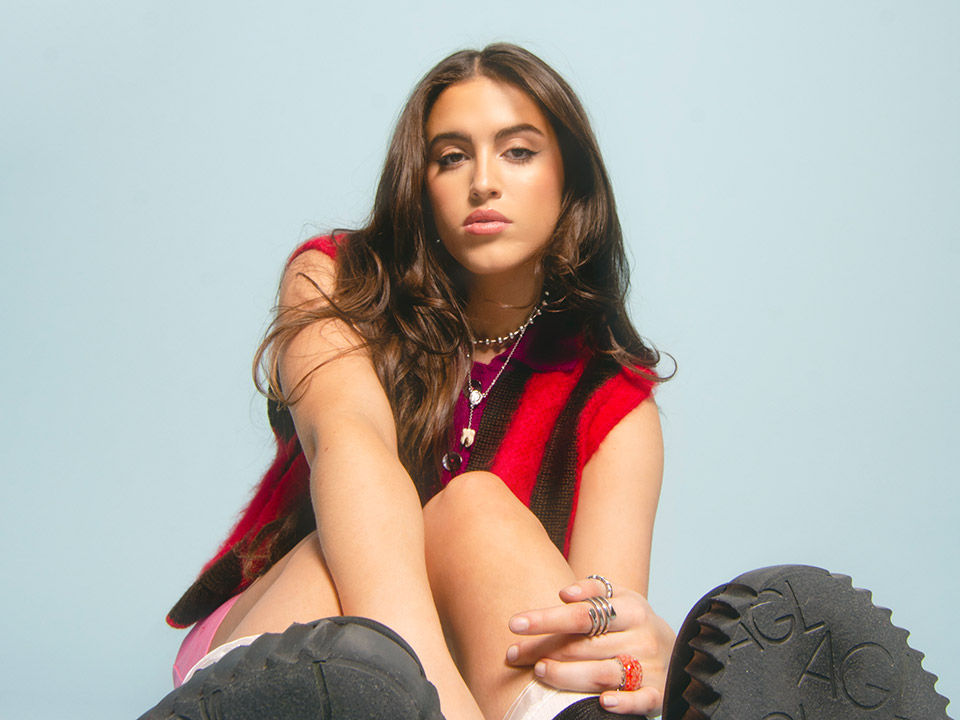 Hi Ally, please tell us a little about you?

Hey! I’m a 19 year old singer/songwriter from a small-ish town in New Jersey called Maplewood. I have two older siblings; one brother and one sister. I was the lead singer of a band from around 9-13, performing all around my town. I did a lot of musical theater as well and fell in love with performing through a combination of doing the two. My favorite kind of music to sing is soulful r&b pop.

I started posting covers to Youtube when I was 15. After one of my videos started getting views, I was reached out to by my current producer Pop Wansel. We made music together for a couple years and then my current A&R found one of my covers as well and reached out. From there we sent the music I had been making with Pop to Conor (my A&R) and the two of them came up with a joint deal. I signed at the end of 2021.

I now live in LA and am no longer in school anymore which are both huge adjustments. I get to go to cool studios and write songs about my life and then put them out which I never thought could actually happen. 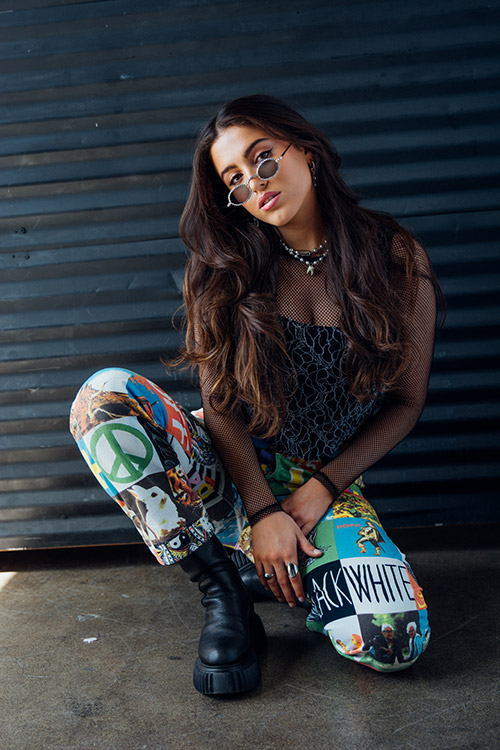 I can play guitar and piano well enough to accompany my vocals. I would definitely like to improve at both though.

Yes all the time. When I described myself in three words, I said introverted because I’m naturally very shy and love keeping to myself. With this career, it forces me to come out of my shell and be vulnerable whether that’s by performing in front of a crowd or putting out music which are both very nerve-racking things.

Tell us about your single “Nostalgic?”

I am a very sentimental, nostalgic person. I have a tendency to romanticize my past whether it was good or bad. It’s such a bittersweet feeling that I’ve always loved and attached myself to. This song is about meeting someone who provokes those kinds of warm, homey feelings. It’s about a classic love that you would think only exists in movies. It’s simultaneously a manifestation of what I want in a partner, while also pulling pieces from real life past relationships and people who’ve made me feel that way.

This song started out with just the hook and ended up sitting in a dropbox for around 2 years; not because we forgot about it, but because the rest of the song wasn’t coming to us and we didn’t want to force mediocre verses on such a special chorus/beat.

I eventually took it home and wrote the pre chorus and 5 months later we finished the rest. I remember so vividly driving home, blasting it in my car after finishing it and feeling so much pride.

And about the great success of your singles “You Didn’t Notice” & “Stranger Things?”

Stranger Things was started in my producer Pop’s home studio around 2 years ago. It started with only the hook and that’s all we had for a while. Even with it being far from finished, I knew this was the song I wanted to debut with. It just feels so me from the production to the melodies to the lyrical content.

I’m a very independent, private person and I mostly keep to myself; so when I start to really like someone romantically, it scares me. I get worried that if I were to be in a relationship with them, I wouldn’t be able to be so independent and private. I’d have to be vulnerable and put myself out there, which is frightening. I start to overthink everything and typically it ends with me completely ghosting or avoiding them at all costs. Stranger things is a song that I made as a reminder to myself that there are scarier, weirder, stranger things than falling in love. It’s basically the thought process of talking yourself through those doubts and fears.

You’ll Never Notice felt like the missing piece in my upcoming project. I typically gravitate towards making moody songs that are a lot slower and chill. This song is obviously quite the opposite of that but still fits in sonically and conceptually with what I’m going for. It’s fun and makes me dance every time I listen to it but still has an edge/attitude to it that I always strive for.

It’s about being in a relationship with someone who doesn’t respect you or your time. A relationship where you’re convinced yourself that they wouldn’t even notice if you were gone.

I would say getting to perform these songs live that mean so much to me and seeing reactions from other people in real time. I would also say reading comments or dm’s from my listeners and hearing how much they resonate with it.

There’s a self help book I read called “Unfu*k Yourself” by Gary John Bishop that changed my perspective on life tremendously. It’s about getting out of your head and going for what you want essentially.

I’d say pursuing music so far has definitely taught me to not care about what other people think as much. I used to care so much about what friends from home and what people around me were thinking and it made me miserable. By putting out music and having to be extremely vulnerable, it has ripped off so many bandages and forced me to not focus as much on what their opinions may be.

Enjoy the process. I’ve always had a tendency to postpone my happiness until I reach a certain goal, but looking back I wish I was more present and content with where I was at that moment. And that’s definitely something I’m still working on today.

“Figuring It Out” because I have no clue what I’m doing. I’m just taking everything day by day and letting my life unravel and figure itself out. 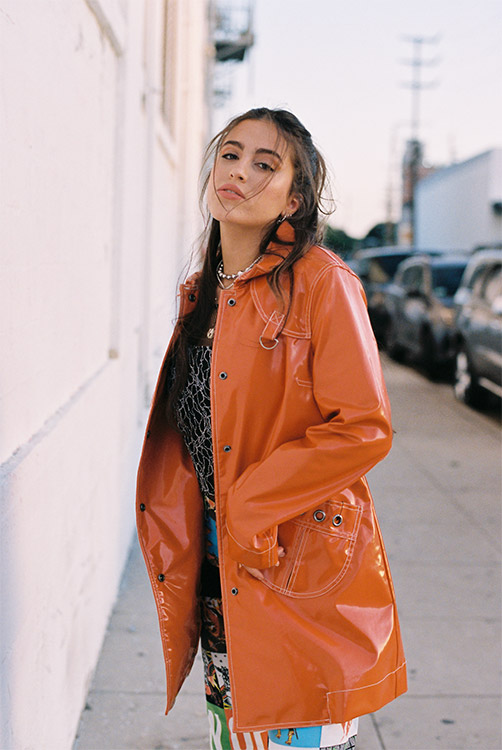 My next single “Nostalgic” is out today along with a music video and many visuals. I’m planning on releasing another cover for dsps probably soon after that. Hopefully my EP will come out early 2023 and then I’d love to go on tour to promote it.

Oatmeal with berries on top.

Any type of pasta with creamy sauce.

Having gratitude as much as you can and trying your best to feel content and accepting of where you are in life; no matter if you’ve reached your goals yet or not.

Amy Winehouse because I think she was extremely fascinating. Her songs were poetry and her voice was unlike anyone else’s. I would love to have a conversation with her and understand her mind a little more.

I forget who told me this but the advice don’t take yourself too seriously has helped me so much. So many of my insecurities and worries come from taking myself and life in general far too seriously when in reality life is just too short. It’s so cliche but true.

I see myself touring around the world for as many people as possible. Making music as much as I do now if not more. Hopefully with great friends and maybe in a healthy relationship.

Right now it’s probably Apocalypse by Cigarettes After Sex or Someone New by Hozier because it’s the fall season and those songs have such a fall feel to them. My favorite song changes constantly.

I have a love-hate relationship with it as I’m sure a lot of people do. In one way, it’s the reason I get to do this. It’s connected me to so many important people in my life and helped me build a following. In another way, it can make me very anxious and sad when I start to compare myself and my life to other peoples.

Quote: Don’t take yourself too seriously.