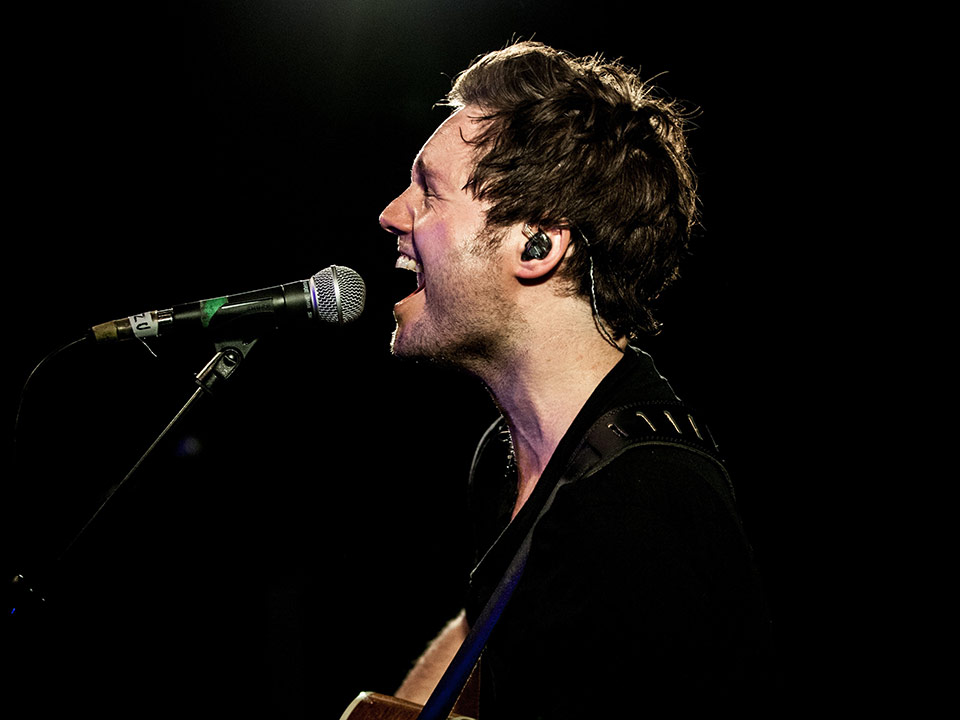 Check out our interview with English singer-songwriter and the Winner of “The Voice” Germany Nick Howard.

Nick Howard’s life and musical journey reads like a movie script. Originally from the UK but having spent most of his adult life in the US, Nick has played over 1000 shows across the world, released 6 albums and seen his singles top the iTunes charts in 4 countries.

He even managed to learn German in just two months & win The Voice of Germany back in 2012. His recent single ‘Brave’ is making big waves and for good reason. Nick has accumulated 10’s of millions of streams across his catalogue and been featured on some of Apple and Spotify’s biggest playlists.

Now based in Nashville Nick is also an entrepreneur. He is the co-founder of Bookable, a platform allowing fans and brands to find and book artists directly for house concerts, private events and more.

Hi there! I’m an artist, songwriter and overly ambitious optimist originally from the UK. I’ve lived in NYC, London, LA and Berlin on my adventures, but now I call Nashville home! I’ve released six albums, played over 1,000 shows and have more stories than I know what to do with.

Not without great trial and tribulation. I always wanted to pursue a music career, but I knew that I would have to forge my own path. That path led me to the US, back to Europe and seemingly everywhere in between. My real start was when I started getting myself booked as an opener for bigger artists. Consequently, I was then able to build my own fan base, start headlining shows and expand my reach from there.

As a kid, I’d watch Michael Jackson videos and try and moonwalk, but, because I’m British and have not a single dancing gene in my body, I realized I’d have to write songs instead in order to impress people. My parents were both musical and music was always a part of our everyday lives. The icing on the cake was seeing Marty McFly play “Johnny Be Goode” in “Back to the Future” and realizing that with or without a time machine, music was going to be the life for me. 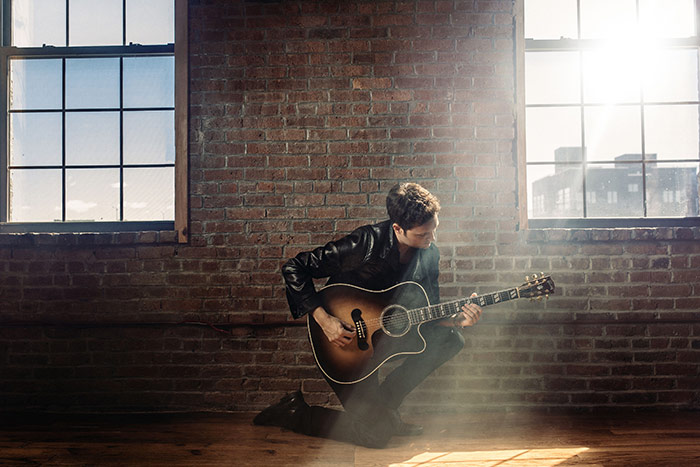 Absolutely, it doesn’t matter if it’s a bar gig to ten people or an arena show to 10,000, nerves tell me that what I’m doing means something and gets me excited to perform. Hopefully, that energy comes through in the performance.

Tell us about your new single “Brave?”

I’ve tried to write songs in the last couple of years that bring people together in a world in which we seem to become more divided every day. When I stand on stage and look at an audience, I see people who all share the love of music and it’s a reminder to me that we have so much more in common with one another than we are led to believe. Sometimes finding that common ground isn’t the easiest thing to do, which is why it takes bravery and courage. However, when we are united, we are at our best; that’s what I believe.

Did your plans/tours/promotion get altered because of COVID? Have you done any online concerts or interaction with your fans?

Put it this way, I hope that after this pandemic I never have to stare at my phone while performing again. All kidding aside, we’ve been so fortunate to have technology that keeps us connected in the way it does. At the beginning of the global lockdowns, I performed online almost every day. I could tell it was helping people have a sense of community and I felt fortunate to be able to offer that. I can’t wait to perform on stage again. Those days are around the corner, but, for now, people have gotten very used to me in a virtual form.

Now tell us about your experience on The Voice Germany?

It was a great stepping stone in my career. I’d been touring for a few years and slowly building my fan base, but that show allowed me to reach millions of people at once, which is simply a gift in a world in which it’s so hard to break through. The challenge of learning to speak German was one that I loved and I really loved my time on the show.

Describe the feelings/emotions you experience when winning a contest like The Voice?

I think all artists are looking for validation. It takes a leap of faith to pursue a career in which you hope people like the art you create. Winning a show like that told me that it had been worth it, and that while still crazy, I wasn’t that crazy to pursue it.

There are places in the world I haven’t toured, like South America and Australia. I would love to have a chance to do so.

I love creating and I always feel so content ending a day with something that didn’t exist at the beginning of it. If people connect with what I’ve created, it’s a double whammy. Should they tell me that my music has played some kind of role in their life, it’s the biggest compliment of all.

The music industry is extremely hard and there are more failures than victories. That said, it makes the victories that much sweeter when they come your way.

I’ve written almost 100 songs this year and can’t wait to share them with people next year. Some are for me, some are for other artists and other projects, but it’s been a wonderful outlet. I’ve been most grateful for it. I cannot wait to get back on the road, travel again and play in front of real people.

I feel like “Leaving on a Jet Plane” is a song that makes me think of my parents, who I lost within six weeks of one another five years ago. It was the first song my mum taught me on the guitar and I’ve performed it live many times over the years. If I had to pick one, it might be that. 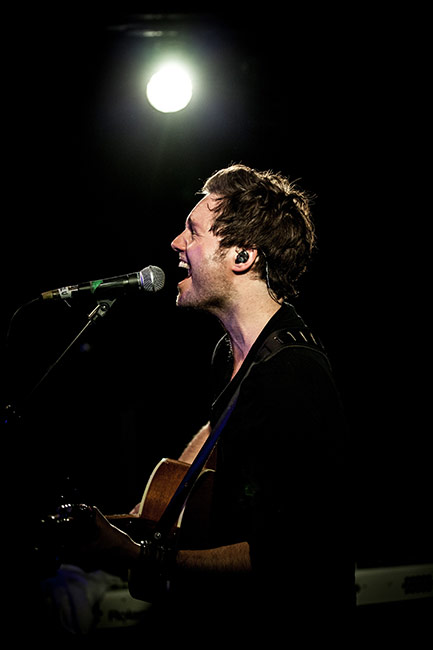 Sport (UK) and Sports (US). You show me anything with a ball and I’m like a dog. There isn’t anything I won’t watch and become a fan of. I love playing soccer, tennis, running, hiking and being able to travel is one of my biggest passions in life. Of course, my biggest love is my family.

John Lennon and Paul McCartney, both full of thought and ideas. It would be amazing to just have a beer with them and get their take on 2020. Then, we could write a song.

Best advice you were ever given?

It’s a mixture of trying to be a good dad & husband, whilst trying to maintain a career in one of the hardest industries on earth. So, it’s never boring.

Family, Football (either American or the version we play with our feet), nice weather, good beer and lots of laughter.

Karaoke for me is all about musicals. My wife and I do a mean duet of “Seasons of Love.” In 2021, I’m going to work on my Hamilton repertoire.

Not trying to live up to other people’s expectations of you, but setting your own goals and standards.

The person not showing up.

Just hoping to make it there.

He tried his best.

What do you think of Social Media and its role in music?

It’s an incredibly vital and useful tool for marketing and promotion, but I worry about the effect it’s having on our society.

Quote: “Keep making mistakes till you make the right one.” – Keith Richards

Movie: “Back to the Future” and/or “Star Wars”

Travel Destination: London – I need to freshen up my accent from time to time.