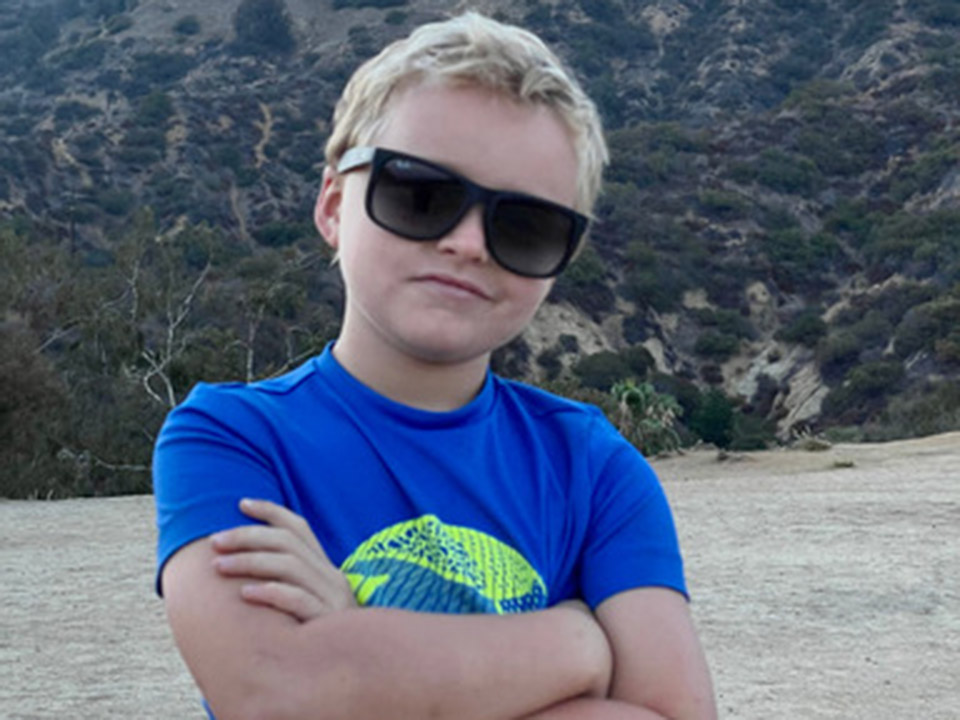 Check out our interview with young actor Justin Allan who has already managed to successfully follow in his sisters [Ella and Mia Allan]’s footsteps, and he is establishing himself as an accomplished young actor in his own right. Justin stars as Dicky in Feel The Beat, his feature film debut.

His past TV credits include roles on MAN WITH A PLAN, 2016 ESPY AWARDS COMIC SHORTS featuring John Cena and Ben Shwartz, as well as the recurring role of Thomas DiMera on DAYS OF OUR LIVES and MGM’s THE BAXTERS. 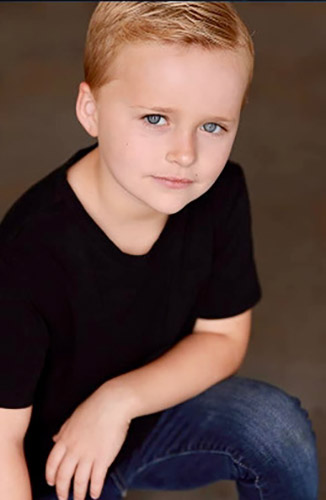 Hi Justin, please tell us a little about you?

I went on an audition my sisters were up for, but I was not auditioning for that part. After the audition the casting director opened the door, asked me to audition, I said yes, and I booked the job =)

I read the full script first then I read it with me as the character and remind myself about the cues. Then I memorize the lines, then go over the script with another person reading the other characters while I am acting my character and taking verbal notes to see what can be tweaked a bit.

Tell us about your work on “FEEL THE BEAT?”

I was 6 years old; it was filmed in Toronto Canada.

And about your role as Dicky?

Our director was Elissa Down. I loved working with Sophia Carson and the rest of the cast. Mia Michaels was our choreographer, thankfully I was already learning hip hop on my own and it helped so much to prepare for the role. It was so fun working with the stunt team for some of my scenes. I had a blast playing Dickey on the “New Hope Dance Studio”.

Comedic skit on 2016 Espy Awards with John Cena and Ben Schwartz, Days of Our Lives, The Baxter’s, Man with a Plan, Feel the Beat, and a few commercials.

I like to work on action/adventures, feel good family movies, comedies and sometimes drama. Basically, everything lol. It is all a great learning experience. It shows range so you do not get stuck being cast in one type of role. It’s always fun to be on set and meet new friends.

Do you get any tips or feedback from your sisters Ella and Mia Allan?

They always tell me, “Good Job Buddy, don’t get discouraged, you can do this. Take notes and learn from who you have worked with. Your previous experience is another form of instruction just make the role your own”.

It’s a marathon, not a race. Always practice new and creative ways to grow. If you do not book the job, its ok, sometimes it’s not you personally, you may not fit that specific role, and that’s ok.

Don’t look directly into the camera lol! There are lots and lots of auditions and getting booked is not as frequent. Reading scripts, practicing lines, and auditions are always good practice, even if you don’t get picked for the roll. It’s always good to get in front of different casting directors because you never know.

Fun, Cool, and a kid who loves sports!

“This is the first book I have written, so you should read it” Because it would be my first book written and if they read it, they might like it. LoL!

I would love to book another movie that films somewhere really cool. Work hard, play hard, and be kind. My parents always say you never know what the future holds, but you know who holds the future!

Pizza and French Fries (with Ranch)

Leonardo DiCaprio because he’s a great actor and really cool.

Fear is a liar.

In 5 years, I see myself helping people who are hurt, learning a lot in school, and playing baseball. For my career I would like to have booked a few movies and it would be cool to book in another county or somewhere tropical.

“Hold My Hand” By Jess Glynne because it makes me happy. The first time I heard it I was camping with my family and my Poppa showed me a video on YouTube of a girl and her dad dancing like a routine in their kitchen. It was so cool and heartwarming, so my poppa always plays it with me and and we kind of create our own version of the dance

Quote: “Those who matter seldom mind, & Those who mind seldom matter” OR “If you stand for nothing you will fall for everything.”