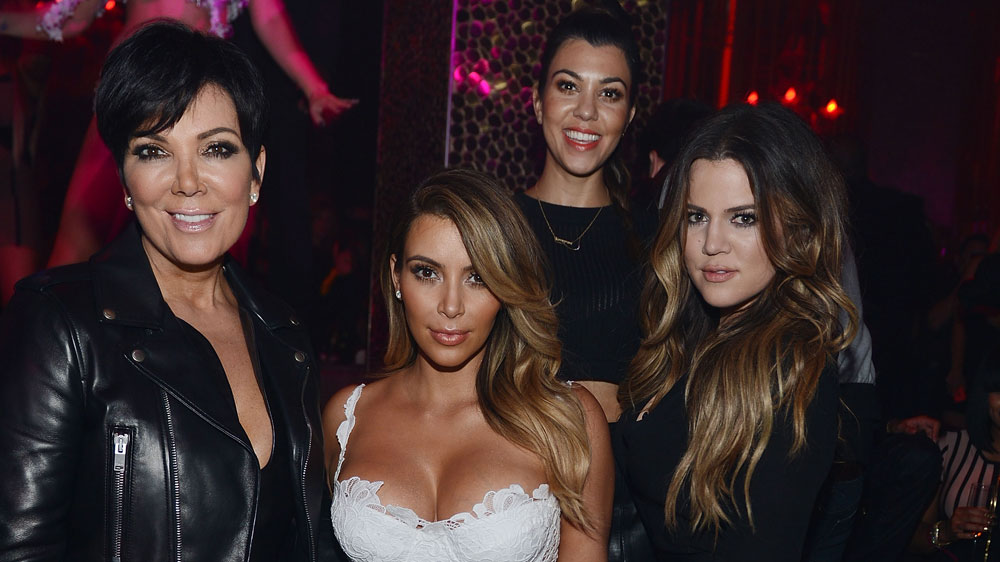 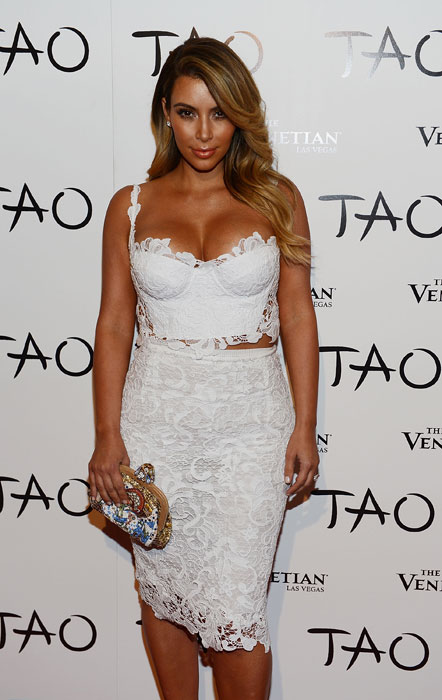 Looking stunning in a white top and skirt Kim shared that she had purchased the outfit in Paris while she was very pregnant and was excited that she had gotten her pre-baby body back so she could wear it on her birthday.   “I feel amazing.  It is such a good feeling –  just a dream come true,” Kim said when congratulated on her engagement to West. 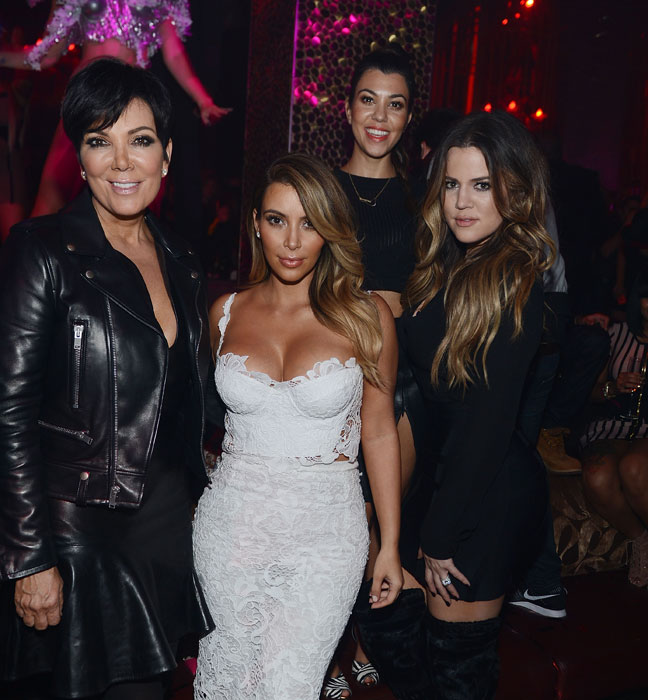 They made their way into TAO Nightclub and the crowd cheered, kicking off the birthday bash where costumed dancers lined the catwalk behind a row of VIP tables on the dance floor.  The festivities quickly got under way as 33 bottles of Ace of Spades Champagne were delivered along with a custom cake from Gimme Some Sugar that was topped with a giant sugar replica of her 15 carat diamond engagement ring and a compass displaying the initials of daughter North West.  TAO’s bottle fairy flew through the air above as confetti rained down and everyone toasted to the birthday girl. 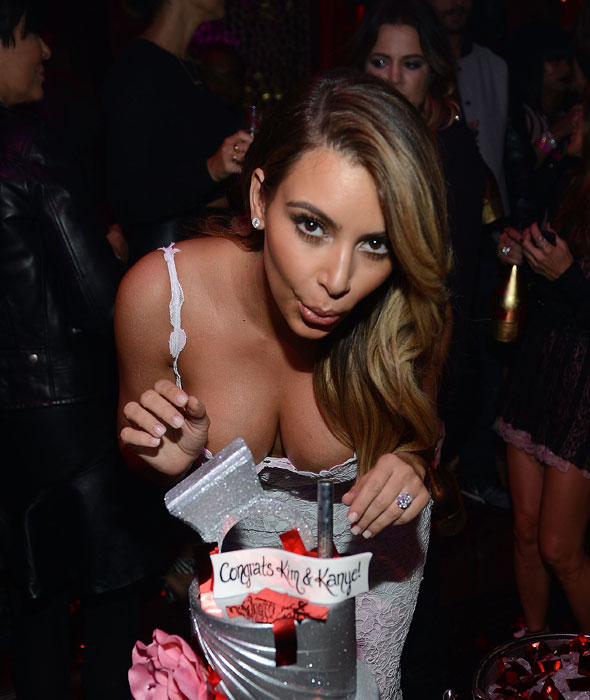 As the night continued, Kim was surprised with a montage of photos flashing on the screen above the DJ booth creating a Flashback Friday of memories from her previous celebrations at TAO.  DJ Five kept the party going, dropping some of Kanye and Tyga’s club anthems, which had everyone dancing and singing along.  Tyga later got on the mic to entertain the packed club and even Kim grabbed the mic to shout out to the partiers in the club.  Chris Rock also joined the table later in the night. 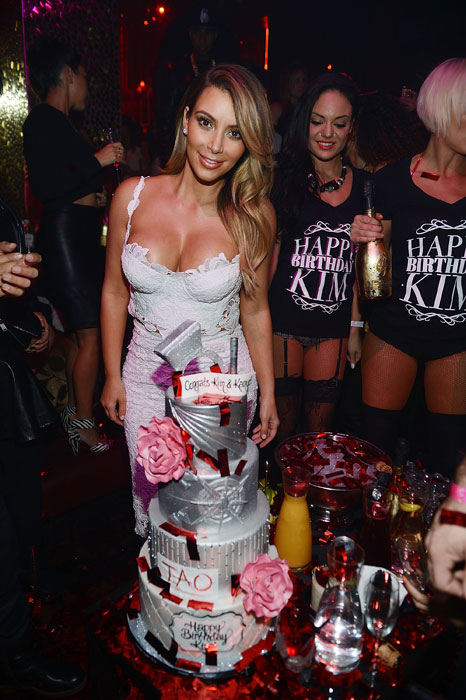 Also spotted at TAO was Faith Hill, who took over a sky box overlooking the club with a group of girlfriends.  The country star danced with glow sticks and partied the night away. 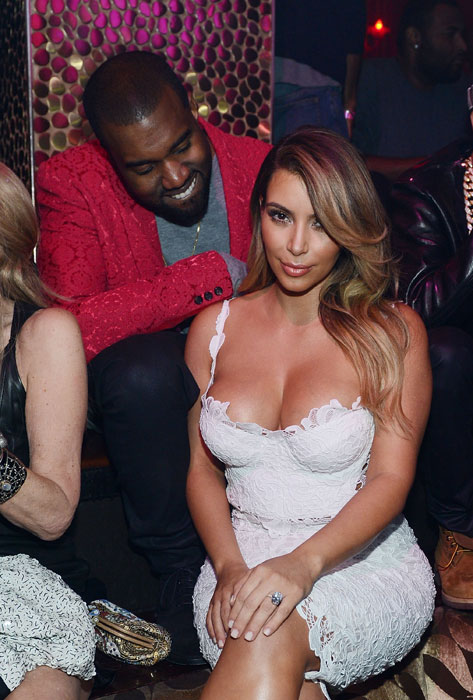 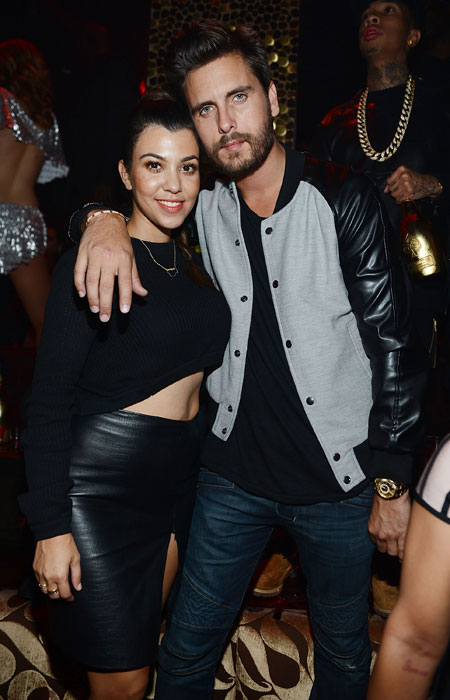 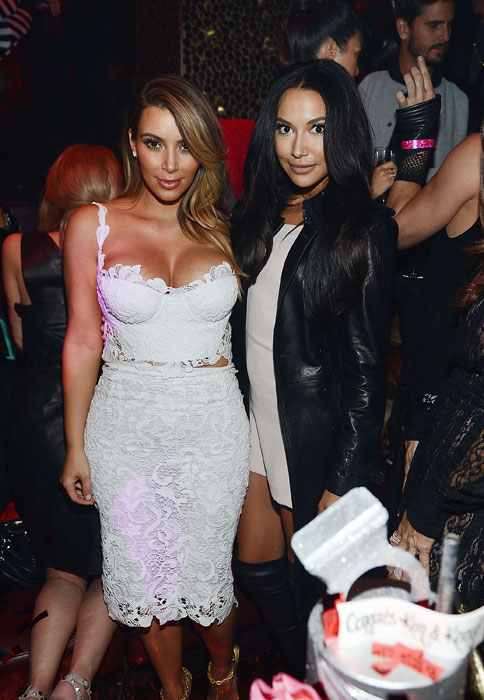