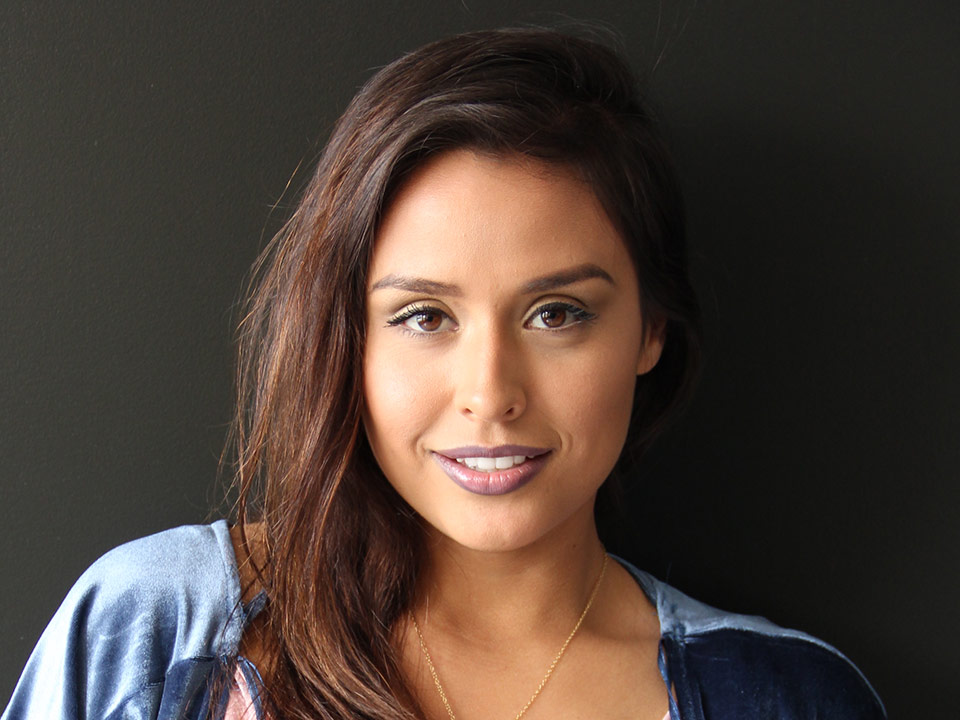 Our interview with beautiful actress Olga Aguilar who can be seen on HBO’s Westworld and in hit TV series Animal Kingdom.

Hi Olga please tell us a little about you?

Hi all! My name is Olga Aguilar, and no I am not Russian. I was born in raised in Los Angeles and I am Salvadoran.

I have always known I wanted to perform since I was a little girl but I just didn’t know how I could achieve it. As I grew, I decided to get my masters in Acting and learn my craft at a prestige level.

My first professional “Hollywood” role was a Nurse in NBC’s Chicago Fire while still in graduate school.

The best part about being an actress is seeing how your work affects people with the story you were able to tell through those characters.

The worst part about being an actress is that there aren’t many dominate lead roles for us, especially for women of color.

The best advice I have ever heard was a definition of luck or lucky: when preparation meets opportunity.

How did you find out about HBO’s “Westworld”? And tell us about your character?

I was actually on my way to Cuba when my agents emailed me saying I needed to submit a self tape for a new HBO drama titled Westworld. I did not have time to do my research nor have the private space to self tape. But, I managed to put something together before my flight left me. I told my agents I would check-in with them somehow in Cuba in a few days to see if there is an update. Usually I do not check in after I self tape. I checked in a few days later after finding a hotel with wifi and my agents told me I got the part as ‘Lawrence’s Wife.” She is the wife of Lawrence, who is played by Clifton Collins Jr. and seems to be put in the middle of Lawrence’s problems. She is a tough mother to Lawrence’s daughter, who is played by Izabella Alvarez, who holds the key to the maze the Man in Black, played by Ed Harris, is searching for. Lawrence’s Wife has more to offer in Season 2 of Westworld, which is set to come out in 2018.

I think I have had the privilege to work with A-list actors. They are always teaching my new ways to improve my craft by watching them or while performing in a scene with them. On Westworld, I had the chance to let loose and dance a waltz with Ed Harris. We were practicing for our scene we were about to shoot and he asked me, like a gentleman, if we could dance. I gladly accepted and danced a waltz until we felt comfortable enough. You rarely get moments like that, where you aren’t ‘working’ per say, but technically are. It was a fun moment!

I have been on NBC’s Chicago Fire and Chicago P.D. I have also been on Nickelodean’s Instant Mom, Showtime’s Shameless, and most recently TNT’s Animal Kingdom, which has been my biggest role yet.

I think my favorite actor is Javier Bardem. There is just this simplicity in his craft that no one can replicate. He takes his time with his words not because English is his second language, but because he knows how to clearly communicate and resonate those words in his audience. He is very unique and he can do it all.

What’s next for Olga Aguilar?

The next project I have is a new webseries titled Contemporary Mating Rituals. It is brilliantly written and directed by Mariyam Mahbub. I play the lead, Maya, who is trying to get over her ex and is influenced by her girlfriends to join an online dating app to help ease the pain and move on. So we see Maya go through the rough life of online dating and comes to terms with the new lingo like ghosting, for example, and see how people really are when they meet in real life. We are such a social media driven society, we know people through Facebook, Twitter, and Instagram.

Burts Bees Lip Balm aka Chapstick, a Goody’s hair tie, and my cellphone.

I really love all sorts of music like from house music to bossa nova.

Hiking with my dog in the morning, then cooking meals for the day and the days to come, and catching up on television shows or movies I have put off for months or even years!

A normal day is waking up at 6:30am to walk my dog, get ready for the day or at least try to, head to auditions and meetings, and work on future projects. I am always hustling for the next project.

Salmon with lime over a bed of mixed veggies.

I see myself busy with projects I have created or co-created that are up on their feet.

I do. I was introduced to “My Friend’s Place” by a friend of mine. I donate each month whatever I can. They assist and inspire homeless youth in Los Angeles.

Restaurant: I do not have one.

Song: Right now, On My Mind by Jorja Smith and Preditah