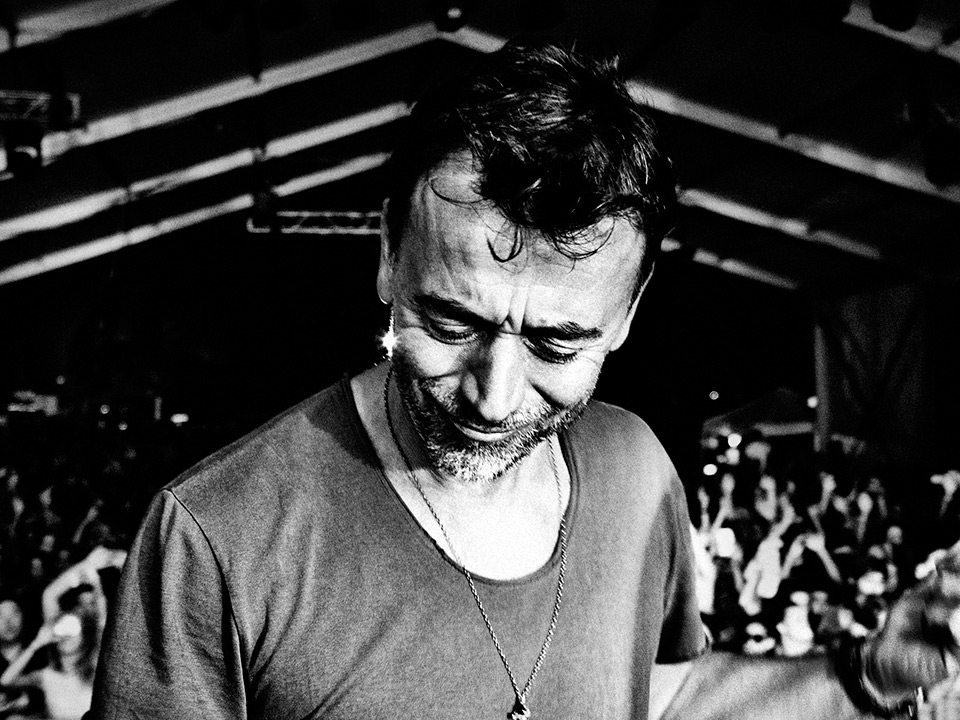 Italian DJ/producer Benny Benassi is one of the most respected men in the music industry. Over a decade into his illustrious career, the chart-topping megastar

has captured the hearts of multiple generations of EDM fans across the world with his trademark tech/ electro/house infused sounds and charismatic per- formance flair. Whether he’s behind the booth or in the studio, there’s never a dull moment when Benny’s around. Fortunately for us, he’s showing no signs of slowing down. We talk new music, EDC, and cycling in the city with the Milan native.

What genre of music inspires you that most people would never expect?

I really love Ennio Morricone! It might sound weird, but he is a big inspiration for me.

Who are some of your favorite up-and-coming EDM artists?

There are so many incredible artists on the EDM scene right now, its really healthy. I would say Audien and Merk & Kremont are on the rise.

What is it like to see EDC grow from a small festival to the gi- gantic phenomenon it’s become today?

Well, is definitely thrilling! It’s a cue of how the electronic music scene is growing. There’s plenty of very talented DJs out there.

You’ll be in Vegas all weekend for EDC. What’s your gambling game of choice?

(laughs) I’m not that much into gambling. Honestly! Not at all.

What’s an Italian slang word that every American should use?

Do you prepare a set differently for clubs as opposed to festivals?

Yes, they’re pretty different. Playing in a club or in a festival are really totally different experiences. The crowd at a festival is more transient whereas the crowd at a club is there to see Benny Benassi for sure. But festivals just give you a massive energy flow that is incomparable to anything else!

What is your mindset and motivation when remixing a song?

Alle and I always try to make it more personal, to add the “Benassi touch” to it.

Who are some artists you would like to collaborate with that you haven’t got- ten a chance to yet?

Bono from U2. It would be a dream come true. I’m a huge fan.

You’ve said that you always try to cycle when on tour. Where are some of your favorite spots to ride?

I love to ride close to the sea! I love to breathe the sea air while I’m cycling.

What makes EDC unique from every other EDM festival?

It might sound awkward, but I think that EDC has a unique vibe in terms of the fans compared to other EDM festivals. They really are the focus point for the festival and some of the most enthusiastic fans.

What’s next for Benny Benassi?

A new album! Alle (my cousin and producer) and I are working on a new album, and this is a big priority. I’ll be releasing some individual tracks from the album as singles in the lead up to its release.

Favorite Spot in Las Vegas: The Marquee Club! I’ve played a lot of shows there, I love that club. The sound system is bomb and the LED screens are incredible.

Pet Peeve: I hate when I don’t have time to ride my bike! I love cycling. When I’m on tour I always try to find some time to rent a bicycle and have a ride in the town where I’m performing. For me, it’s the best way to explore new places.