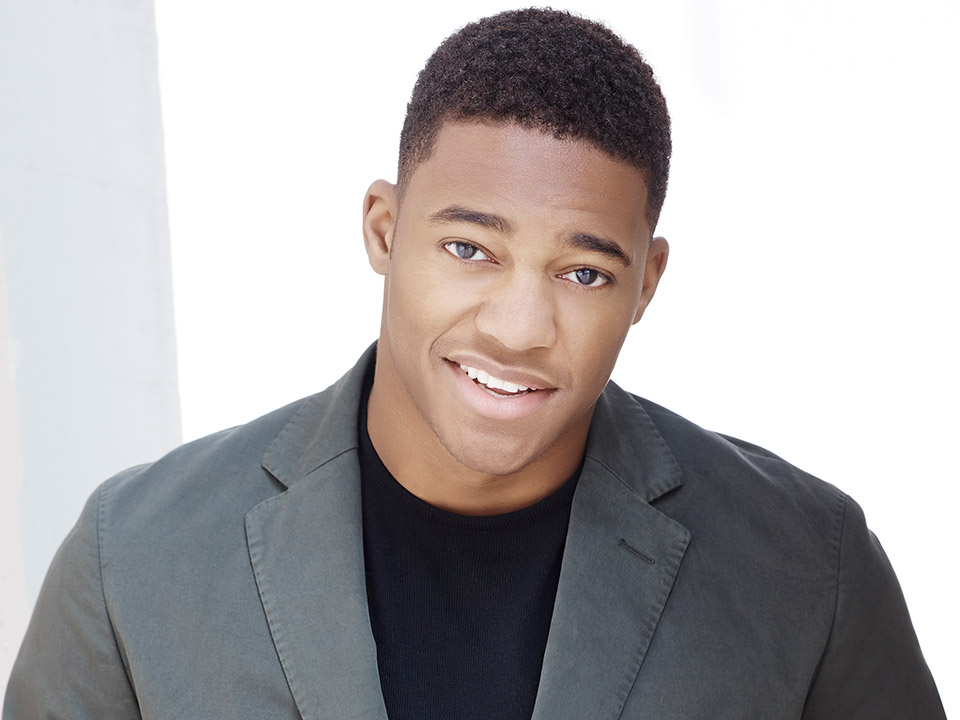 Check our interview with actor Christopher Meyer who can be seen on the season two of Fox’s hit mid-season series “Wayward Pines”.

From M. Night Shyamalan based of the best-selling novels by Blake Crouch, the psychological thriller that focuses on a Secret Service agent who goes to Wayward Pines, Idaho, in search of two federal agents who have gone missing in the bucolic town and soon learn that they may never get out alive.  In the series, Christopher plays one of the lead characters ‘Mario,’ a 20-year-old bulked up and self-important captain of the militaries quadrant in command of Jason Higgins who runs the whole city of Wayward Pines and one of Kerry Campbell’s soldiers.  Mario is a man who follows orders and a tough guy who doesn’t ask questions — and doesn’t answer them either.  Starring as the lead of the second season is veteran actor Jason Patric as ‘Dr. Theo Yedlin’ and returning from last season is Terrence Howard, Oscar winner Melissa Leo and Carla Gugino and new to the cast this season is actor Djimon Hounsou.

Hi Christopher, please tell us a little about yourself?

Well hello there! Hahaha. My name is Christopher Meyer and I was born and raised in Brooklyn, New York but also spent some of my time in South Florida.

I love long walks on the beach…lol Just playing! I am a young creative individual that loves to act, create dope film & TV content, and I also have immense love for sports and rap music.

I got into acting after watching, “The Fresh Prince of Bel-Air.” I enjoyed watching Will Smith being a class clown, said to myself, “Hey, I can do that!” I ended up auditioning for this arts school in South Florida called BAK Middle School of the Arts. It was there where I fell in love with the stage, which led to my love for film and TV.

Yes, I’ve taken many acting classes but not enrolled in any right now because I am working on location Vancouver for “Wayward Pines” but will be taking more classes when I get back to LA. I want to go right back into studying the craft because I think it’s important to exercise your instrument as much as possible and always continue to learn and push yourself.

How do you think your parents help you as an actor?

As far as the actual work, they are not really hands on but when it comes to everything else, yes, they are my biggest support system and their love keeps me going.

Ummm…that’s a hard question to answer! Lol. I am open to whatever comes my way but I do enjoy finding roles that challenge me as an artist.

What’s the feeling to be part of TV Hit series “Wayward Pines”?

It’s a beautiful feeling to be working with all these veteran actors and directors. It is a learning experience that I feel blessed to have and am so happy to have joined the cast and crew.

What character do you play?

My character’s name is ‘Mario’ and he is a straight arrow soldier who doesn’t take shit from anyone and follows orders, even when the orders are evil. 😉

And about the films Kicks & Wolves? What they are about and what roles do you play?

Kicks is about a group of teens from East Oakland, California who set off on a crazy adventure after one of their friends gets his new shoes stolen from a dangerous local thug. It is a modern day, hip-hop infused coming of age story that has friendship, bullies, love, partying, and so much more including a dope soundtrack!

Wolves is about a high school basketball star who is doing his best to get a scholarship for college while dealing with his father who is addicted to gambling and gets in trouble with the mob. I don’t want to give too much away on this one; it’s one that you definitely need to check out in the theaters!

My characters ‘Rico’ (from Kicks) and ‘Hakim’ (Wolves) are essentially the same people in terms of their love for the women, their popularity, always looking to make people laugh, and the friendships they have. The major difference between the two is where they grew up and their financial situations, Rico is from the streets and Hakim has more of a privileged upbringing compared to Rico.

You are also a recurring actor on CBS crime drama “NCIS: New Orleans”?

Yes, I was excited to be cast to the show but my dad took it to another level because he loves cop shows and couldn’t wait to see me in it.

How do you manage to work so hard and have a personal life?

I have a lot good friends that understand how busy things can be and are constantly inspiring me and pushing me to exceed in my craft. Whenever I have a break and chance to hang out with them, it is as if no time has passed at all and we just pick up right where we left off.

Right now, I have to say that my favorite actor is Shia LeBouf and actress is Alicia Vikander.

“This a marathon not a race, never give up” – Cuba Gooding Jr.

Work hard because while you are taking that break there are people like me who are constantly working towards bettering their skills as an actor and never lose faith because it doesn’t matter how many times you get a no it is about that one yes that opens up all the other doors.

Other than “Wayward Pines,” it is a hands down win for “Game of Thrones.” It is such a great show and the production is amazing!

It would involve sleeping in followed by a picnic or a BBQ with my friends, some hip-hop in the background and a mean game of basketball.

I do not have a charity that I am actively involved in just yet but am hoping to get something going with a friend of mine very soon and can’t wait to get started!

Doing what I am doing now acting, creating, and with any luck using my money to fund my own projects on a bigger scale than I am now.

I like the instant connection and feedback from my fans on social media when I post about my projects but am still getting the hang of using it to show the more personal side of myself.