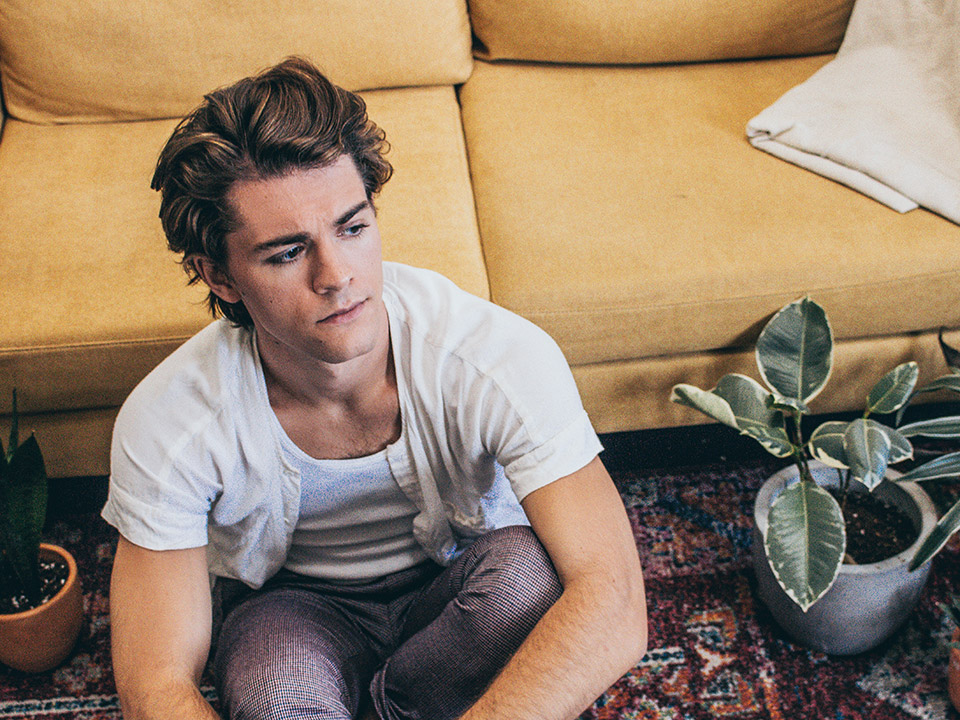 Check out our interview with is a two-time nominated Teen Choice Award comedian, actor, and cinematic-pop artist Jordan Doww who just released his highly anticipated music video for his debut single “Had Enough.” What started out as a breakup song of sorts morphed into a self-healing anthem with much larger meaning. Created alongside his longtime collaborator, producer Emily Waldron, the track features a luscious soundscape and deeply vulnerable lyrics akin to what Billie Eilish would make if she were commissioned to write for EUPHORIA.

Prior to diving head first into his original music, Doww was most known for his work on the silver screen (The Commute, Mr. Student Body President, Reach, Relationship Status). His love for acting inspires much of his music as he sees everything he creates as part of a soundtrack — while he’s writing a song, he often wonders what the cinematic universe for that song looks like. To him, visuals and music go hand in hand, he cannot and will not have one without the other.

Hi Jordan, please tell us a little about you?

Hi, friends! My name is Jordan Doww. I am an actor, content creator, host, and artist. I also have a deep passion for interior design, painting, and coffee… hehe!

We’re sure you have been asked this million times but how did you get started in the industry?

Honestly, social media! I had been doing shows since I was a kid (musical theater, choir, improv, etc) but it wasn’t until I posted my first YouTube video back in 2006 that I fell in love with content creating & everything changed. I moved to LA and simultaneously built a following online while also building my acting resume. I now have a few movies out, toured my own comedy show, have my own music, and often host celebrity events. It’s been such a wild ride..

Since I was 5 I had dreamed of becoming a movie star. Not only that, I truly found myself in the arts. Fast forward to my 21st birthday and I am attending the Teen Choice Awards for an award I was nominated for against Ellen Degeneres. It was truly so baffling to me and it all happened so quickly. Maybe a little too quick.. hahah!

I’d like to think it lives somewhere in the alt, indie, pop world.

I didn’t start making music just to make music. I truly was in a desperate need for something else, something more. I needed to heal some deep, inner wounds & just found the process from start to finish extremely therapeutic for me at a time when I didn’t have anything else to turn to, really. So I kept going. Learning, creating, and just playing around like a kid at the zoo. I had no judgments towards myself because this was truly just meant for me. Eventually we landed on a song or two that I thought “Hey, i kind of want the world to hear this…”

I am inspired by so many artists… Bon Iver, the 1975, and Ryan Beatty to name just a few.

I know a little guitar & piano but nothing crazy. I want to keep at it, though.

Oh gosh. I am a nervous wreck 99% of the time. But sometimes I find it helpful. 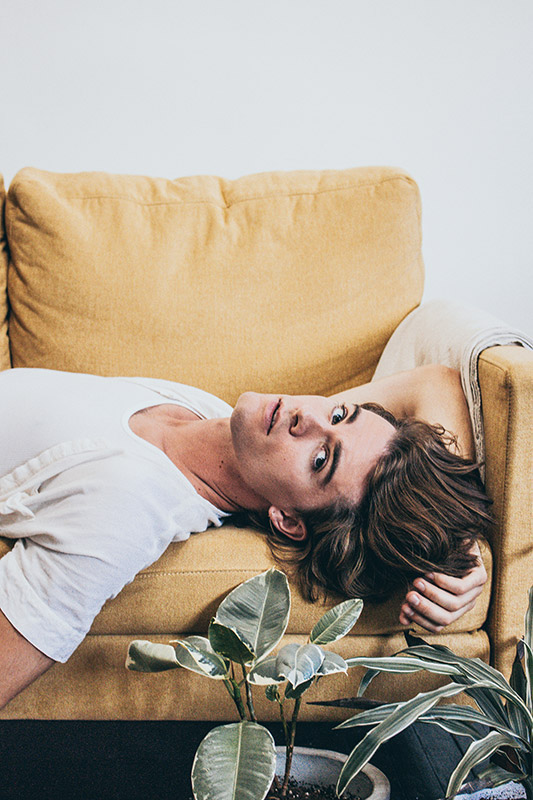 Tell us about your new single and music video “Had Enough?”

Had Enough shares the story I wasn’t telling. At, what felt like, the height of my career, I fell into a deep internal battle with myself – emotionally, mentally, physically. I plastered a smile on my face and pushed through until I just couldn’t anymore. This song and video came to be at a very pivotal time in my life. I was done with sitting in my suffering and vowed to get up and make some real changes in my life. I think it’s possible for everyone, no matter what your circumstance. Had Enough is a release of pent up frustration. Only up from here.

I think the most rewarding part of anything I’ve ever done is the feedback I receive from someone who resonated with my message. I have a deep passion for helping people & if I can help make them feel anything at all, I very much feel a sense of fulfillment. It tells me someone is listening & that we’re kind of in this together.

Don’t let yourself get in the way of your own healing and success. We all react to the world based off of the things that have happened to us in our lives. There is so much power in claiming your truth and utilizing it to help ourselves and others. Easier said than done but anything is very much possible. Tomorrow is always a new day.

As a popular artist, you are followed by so many people. How do you feel about that pressure of always doing the right thing, and encourage people to follow their dreams?

Ever since I started any of this, it was always my goal to inspire people. I hope this new chapter inspires people to look inward. Yeah, I definitely have felt immense pressure to be or act a certain way many times in my career, but true impact can only come from a place of honesty. I aim to do just that.

What mindsets helped make you so successful?

Honesty, vulnerability, and curiosity. As of late, I think moving at my own pace has helped a ton, too. It’s so easy to be caught up in the hussle of today’s world. Everything is so in our face & it can be extremely overwhelming. Find the things that fuel you and ride the wave.

That it can get better. I say this because it’s not always a guaranteed promise. You have to find the way to make it better.

I am hoping to release some more music and work on a few film projects. I’ve considered a podcast, too… so we’ll see haha!

Feeling at ease in the present.

I really don’t know… It’s a very strange feeling to have achieved the thing you’d always dreamed of. Sometimes I question “okay, what’s next..?” That can be a pretty overwhelming feeling. I also enjoy so (too) many things… But, if I had to pick one (or two)… I’ve always wanted to write a book & have my own talk show.

It’s tricky. I owe my life to social media. I think it’s a powerful tool. But it can also be extremely toxic if not used properly or with good intentions. I couldn’t imagine living in the world of social media like it is today back when I was a kid.