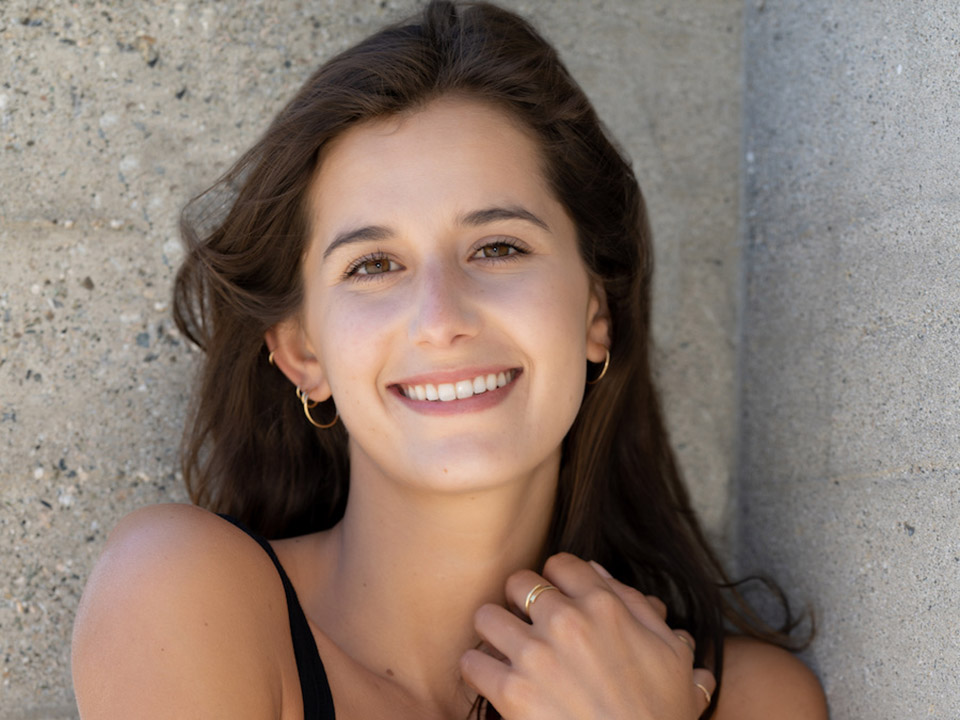 Emanuela Boisbouvier is a Los Angeles based actress. She was born in San José, Costa Rica, and moved to Monaco when she was three-years-old. Raised by a Monegasque father and an Italian mother, Emanuela began acting at age thirteen when she took a summer program in Los Angeles at S.O.C.A.P.A. From then on, acting has remained a major part of her life.

After graduating, Emanuela began expanding her network in entertainment. She acted in two Coca-Cola commercials, both aired internationally and directed by Elon Zlotnik and Nathan N’Guyen. She acted in more short movies, one of which, A New Verse directed by Cameron Thuman, was screened at the New Jersey Golden Door Film Festival as well as at the Westfield International Film Festival, and at the 7th Annual Muestra Intergalactica Festival in Mexico, in which A New Verse was selected as an honorable mention. She has been a featured guest on Jaby Koay’s YouTube channel, which has 1.33 million subscribers.

Emanuela is fluent in English, French, Italian and Spanish. She has been dancing since age three, training in jazz, ballet and contemporary. She competed in ski for 7 years with the Monaco ski team. 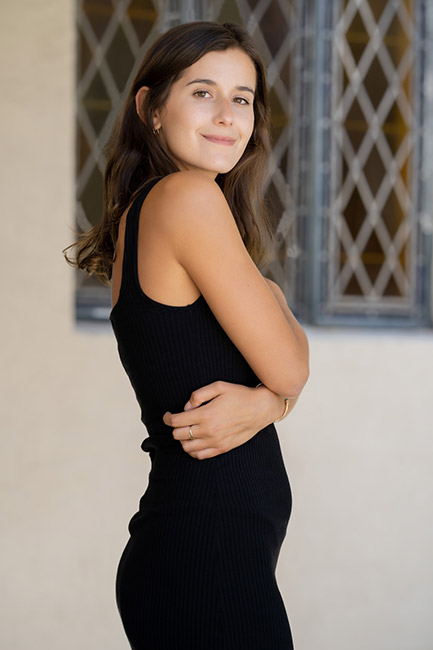 What did it mean for you having your films screened in various international film festivals?

It was very exciting for me! When Cameron reached out to announce the news, it felt sort of unreal. I could not visualize my film being seen by so many people, it was quite intimidating but also pretty thrilling! When we found out A New Verse received honorable mention at the Muestra Intergalactica Festival in Mexico, I could not believe it!

How did study in UCLA influenced your career?

UCLA opened my eyes in many ways. I began my undergraduate education at age 17, and was therefore very young and very uncertain as to what I wanted to pursue in college. The core reason I wanted to go to university in the United States was because of this educational freedom that allows students to take a variety of classes to discover their passions and talents.

During my first year, I explored a number of classes ranging from linguistics, to journalism, to mathematics and history. I came to realize however, through an acting class that I took, that acting was where I wanted to bring my career. I chose to study Political Science combined with theater, because those two fields were those that resonated the most with me. I felt, and still feel, a strong sense of belief that theater and politics are closely tied, and political theater can be a potent way to help struggling societies or heal nations dealing with major societal or political shifts. During my time at UCLA, I was able to participate in 2 theater productions, which helped further my training. I also studied abroad in Argentina and Chile, which I would say was among the most life changing moments of my life thus far. It was during my time abroad that I came to realize the power that arts had on healing societies, and convinced me further that my choice to be an actor had value in this world. Those two countries who have been torn by dictatorship and turmoil in the past decades, placed such a significance on art and live art especially as a way to come together as a community and hear stories they feel identified in. It suddenly resonated within me that my duty has to be that of a translator, a vehicle for information to transfer true stories, real human experience, on stage or on film, so that the world can take a glimpse into what is happening around them. From then on, I have been reading a lot of political theater, ranging from Bertold Brecht to Wajdi Mouawad, and hope to be able to continue working on works of significance and eventually tell my own story.

How is a day in your life?

I wake up around 8 in the morning, and make a fruit salad and coffee. Most days, I head out for either my acting classes or to rehearsals. I will usually pack myself a salad for lunch, so I can always eat on the go if an audition pops up or a rehearsal runs over time. I occasionally have voice lessons or dance classes, depending on the day. I make sure to make time to workout at least an hour every day. I usually alternate between hot yoga and reformer pilates. After which I go home, shower, catch up on whatever book or play I am reading at the moment. Some days of the week, I head out to my night directing classes, that I have been taking for the past couple of months. These are 2-3 nights a week, for the nights I have off I make time to see friends, organize dinners at home, or watch movies!

What kind of roles do you like to play the most?

I love to play roles that come from true stories, things that are believable and have actually occurred. I love political theater specifically for this reason because I know there is a deep sense of truth for myself while working on the part, but also for the audience watching. It feels less fictional and more powerful in my opinion. So any roles that reflect societal or political problems or shed light on transitions happening in certain places are what I tend to enjoy the most.

You have did two Coca Cola commercials. Can you tell us about it?

The first one I was featured in I discovered through a casting e-mail. I showed up to the audition expecting nothing of it, and was happily surprised when I heard I was selected to be among the 5 featured actors in the commercial. The experience was unprecedented, and was fascinating for me! The following year, I was very lucky because the first short film I ever acted in, Never Leave Me, was directed by Elon Zlotnik. He also went to UCLA and reached out to me about this commercial project which he was helping to produce. Initially, he asked if I would help out with the screen tests to send to Coca-Cola to give them an idea of their script. We shot this in a small UCLA theater, took a couple of hours, and that was that. Elon called me a couple of days later telling me that not only did Coca-Cola love their script and would finance it, they said they loved me and wanted me to be a part of the final project. This was extremely flattering, and exciting! I got to be in a second commercial, this time as one of two featured actors. Both processes were exceptionally fun! We shot overnight in a closed theater on the outskirts of Los Angeles. Wrapping at 10 in the morning can feel weird, but also magical when you have been working all night on a project you love! Getting “lunch” at 4 a.m. was also a unique experience… But overall, what made these projects so enthralling was the capacity to work with such talented and devoted directors and actors.

What actor would you like to be in a movie with?

I would love to act with Timothée Chalamet. Not only do I think he is an incredible actor, but we also both speak French, English and Italian fluently. I think there could be some fun things to play around with just in that!

What’s something not everyone knows about you?

I am extremely afraid of fish! Not cooked fish, but live fish haha.

Who is your inspiration?

It is hard to pinpoint a certain person who has inspired me to become an actor. It evolved as I grew, ranging from Miley Cyrus when I was a young teen, to Marion Cotillard and Audrey Tautou when I was in high school, to Léa Seydoux, Timothée Chalamet, Emma Stone and many more actors I follow closely and admire today.

Drama all the way! I just tend to find those roles more inspiring and easier for me to work on…

Do you regret anything you’ve ever done?

I regret I did not start acting earlier. I grew up in Monaco which is a very small country with barely any acting opportunities. I remember day dreaming about being an actress from the youngest age, but never believed in myself enough to pursue it until I arrived in Los Angeles. I wish I had more faith in myself earlier on, but regardless am grateful that I found my passion.