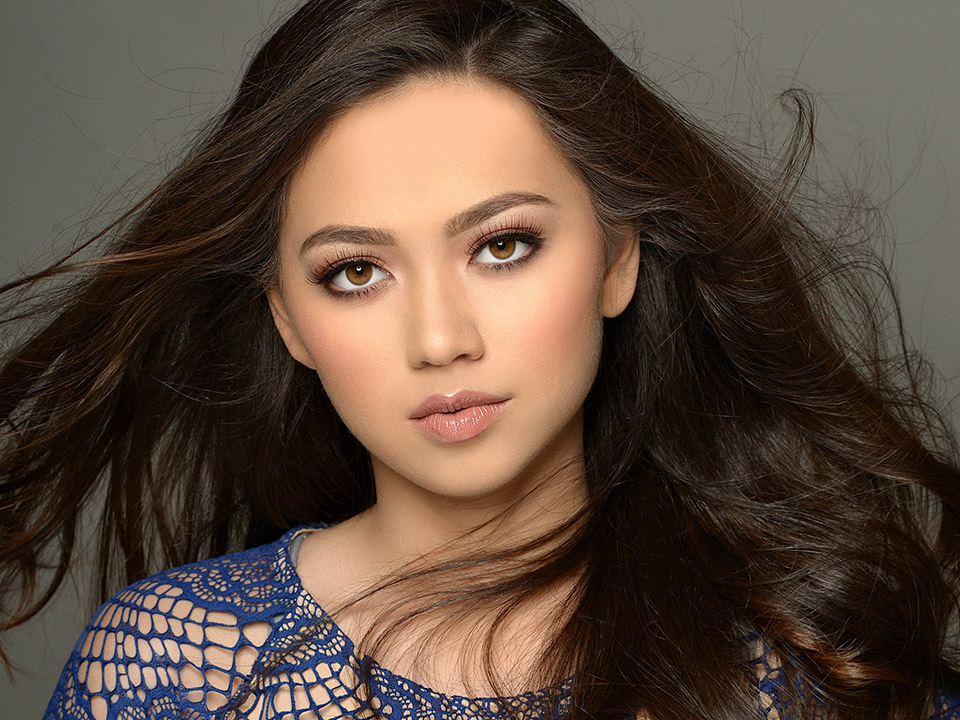 Carly recurs on Grey’s Anatomy and co-stars in A Cowgirl’s Story with Chloe Lukasiak and Bailee Madison. Carly held pageant titles for JR Teen California (2015), Miss Teen California (2017) Miss Teen International (2018). Her single Stuck On A Feeling is available on all music platforms Carly is the founder LiterallyLiteracy.org a 501c3 charity which promotes literacy through assisting to provide resources to underserved children. She is an ambassador for the YellowBoat.org using her charity aligned with hers to help with building schools in underserved regions of the world. 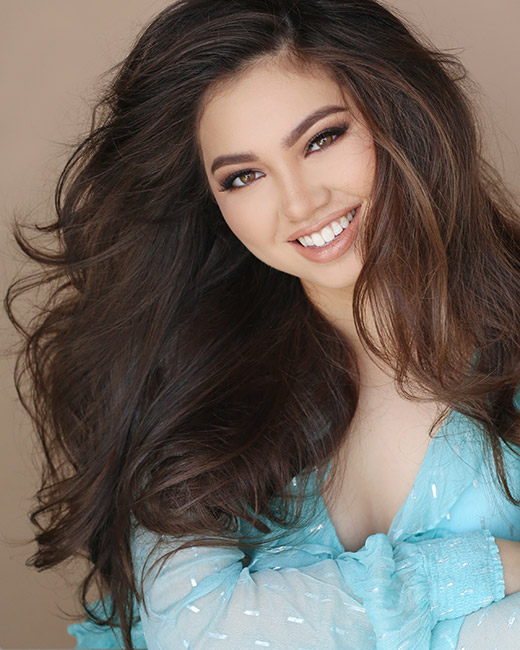 Hi Carly, please tell us a little about you?

Hi! I was born in Honolulu, HI, but officially moved to LA when I was 12 to pursue an acting/singing career. Since moving here, I’ve been really fortunate with the many opportunities I’ve received to act, sing, travel, and volunteer. Along the way, I got involved in pageantry and I hold the title Miss Teen International 2017. Pageantry has fired up a love for community service such that I founded a non-profit called Literacy Literacy Foundation to globally promote literacy. With this foundation, we had built schools in remote sites in the Philippines and Haiti.

My strength is in my resourcefulness. When I come upon an obstacle, I don’t see it as a block. I look at them as puzzles and see other ways to go through it – under, over or around, there is always a way. A great example is getting into my target college. The year I graduated from high school (2018), the UC’s and Cal universities were inundated with applicants resulting in many candidates being rejected even from their “safety” schools with over 4.2 GPA. I had acceptance and scholarship offers from out-of-state colleges but I was determined to stay in California and, in particular, to get into Cal Poly San Luis Obispo. At that point I resolved to go into a community college and transfer to Cal Poly SLO in one year. Everyone, including the SLO and community college counselors said it can’t be done because you need 60 units prior to applying for transfer. I was told that the average transfer student takes 2-3 years of community college. I mapped out the 60 units I needed, calculating the AP’s I already had and signing up for online college credits from 2 other community colleges in addition to the bulk of credits from Cuesta. I am happy to say that after one very busy year I was accepted and will be attending Cal Poly Slo this fall.

My parents are my biggest supporters, they left their dream life in Honolulu behind just so I could follow my dreams, and they’ve supported me every step of the way.

How did you get started in the entertainment industry?

I have always loved performing arts even as a little girl. When my dad was deployed my mom took mini music videos and put it up on youtube so my dad can watch it. We were contacted by an acting agent who was looking for triple threats. We came to Los Angeles to meet with him and ended up staying at my grandma’s place while I tried my hand in acting. I loved it so much we decided to stay.

My very first acting role was on iKid with Brad Garett, and we got to go around LA and try the 3 best rated pizza places. I have to say, they were all really good and I definitely could not pick a favorite. 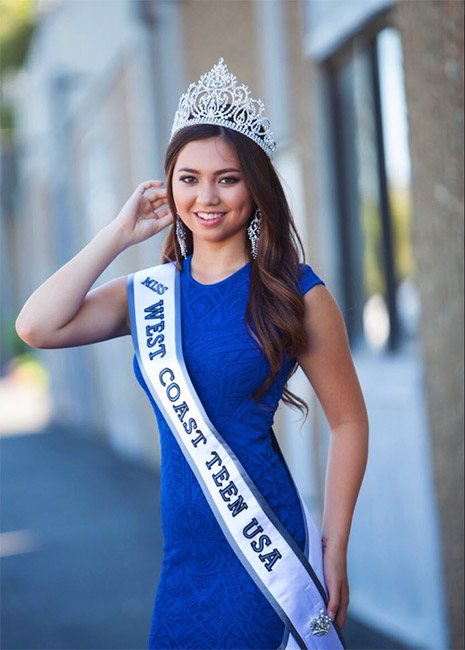 I think the best part for me is just being present on set because I love the atmosphere. There’s creative energy all around you, and everyone is working hard to bring the script to life. The worst part has to be the early morning set calls – one time I worked on a film where our call time was 4:30am every single day because we had to be ready to go as soon as the sun was up due to the autumn very short window of daylight.

How do you prepare for a role? What kind of roles do you like or would like to play and why?

I prepare for roles by watching similar films to get a feel for where the character would fit in, and then meeting with my coach to solidify how the character is appears to the audience. I love watching action movies, and my goal is to eventually be the lead in action and adventure based films.

Now tell us about your work in Grey’s Anatomy?

Grey’s Anatomy was such a great experience for me, and was my first guest star on a major network show. I enjoyed seeing how smoothly a cast & crew that had been working together for years ran a set, and all of the series regulars were friendly and encouraging.

And about co-starring in A Cowgirl’s Story with Chloe Lukasiak and Bailee Madison?

A Cowgirl’s Story was probably the most fun I’ve ever had on a set. The whole cast became really close during filming, we all went out together to celebrate Chloe’s 15th birthday on set. Chloe and Bailee are both very down to earth, so we had a lot of great moments on set. Even better is being able to ride a horse as part of the film. Did I mention I also compete in horse show jumping?

I was in an episode of I Mom So Hard and I have been on several episodes of YouTuber Rachel Levin’s show. My first lead role was on Little Loopers which was on Netflix and Amazon. I was also a co-host of LA City Works which came on channel 35 for a while where we promote environmental awareness before it was a thing.

Carly Peeters - Stuck on a Feeling

Now tell us about your single “Stuck On A Feeling?”

The song was based on my own personal experience of being in my puppy love relationship. I was head over heels in love with this boy who was very controlling and verbally and emotionally abused me, although I wasn’t really aware of it at the time because it was my first ever relationship. In retrospect I could see that we did not have a healthy way of dealing with each other but for awhile I felt pulled to him because I liked the idea and the feeling of being with him. It is difficult to get over a feeling even if it is not based on a healthy relationship. Intellectually, I felt one way and emotionally I felt another way.

Now tell us about the feeling to be named Miss Teen International? What other pageant titles do you hold?

When they called my name as the new Miss Teen International, I felt like I was floating on air. Months of preparation and dedication had finally paid off, and I was going to have the opportunity of a lifetime to expand my platform and travel all over the world.

How did you get started in pageants?

I love Anne Hathaway because she is a really versatile actress, playing many different roles over the years and not sticking with one type of character.

Country music – I know this is not a popular opinion but I just love all country songs, they tell a story.

My perfect Sunday is going to the horse barn and riding in the morning, then going to the beach with friends in the afternoon. I love being active, so you can usually find me somewhere outdoors. 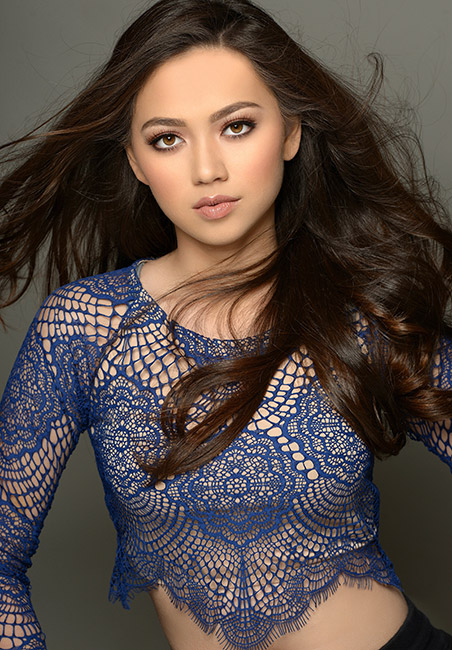 Happiness is a changeable thing because it is not a destination. For me it is really about the journey, the experiences and the friendships you make along the way.

I’ve been bingeing Lucifer lately because it has everything I love in a series – drama and action, but a touch of light-hearted comedy to keep the energy up and drive the storyline.

I like simple foods the best, so my favorite healthy food is actually kale chips. My mom and I will sprinkle some salt and olive oil on the kale, then bake for 15 minutes, and it comes out nice and crunchy making a great replacement for potato chips.

I cannot live without ramen, so I like to think of it more as the meal that keeps my soul healthy instead of a cheat meal.

Talk to us about Literally Literacy? What gave you the idea for this organization?

Working with many different types of nonprofits, I realized I was the most invested whenever education or kids were involved. My favorite organization was “Jumpstart” which helps preschool children with reading comprehension. This inspired me to create the foundation “Literally Literacy” (LIT) which bridged my two passions together by helping elementary aged youth with their literacy skills. You can go to our website www.literallyliteracy.org and you will find a donation button for stuffing backpacks that will in turn be donated to underserved classrooms.

Holiday Destination: France, it has been my favorite place to visit so far and I always look for opportunities to go back.