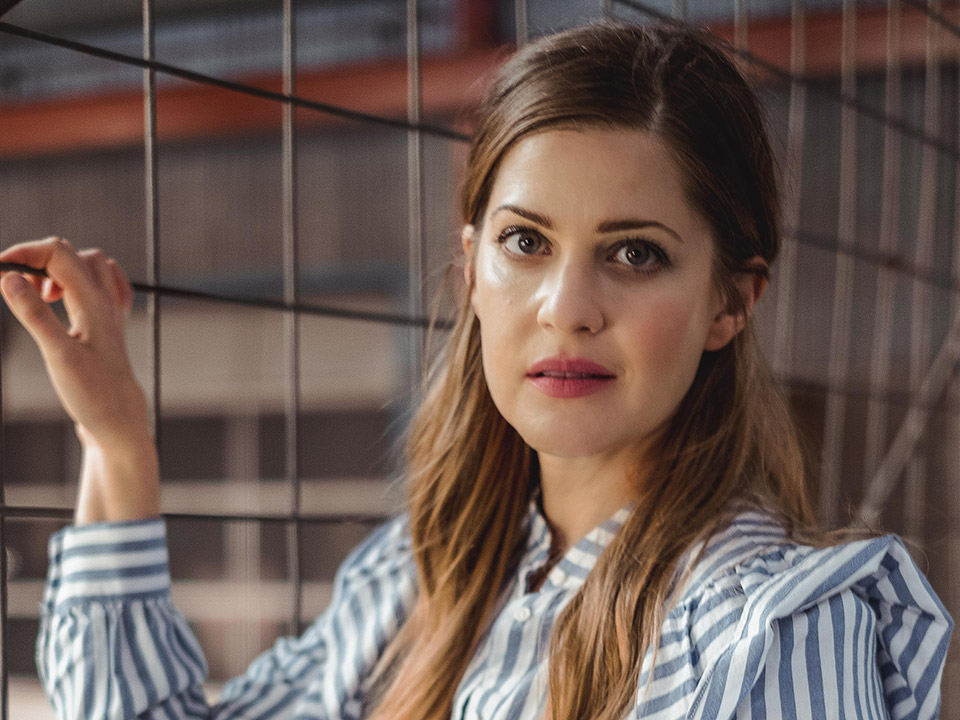 Tammy Gillis is an award-winning actress and an indisputable talent powerhouse who has so far appeared in over 50 roles across a variety of acclaimed film and television projects. Her appearances include recurring roles on a variety of hit television series including The CW’s “Supernatural”, Showcase’s “Lost Girl”, SYFY’s “Continuum”, ABC’s “Once Upon A Time” and Spike’s “Blue Mountain State” as well as many more. She has also appeared in various films such as NO MEN BEYOND THIS POINT, WHITE NOISE 2, VIOLENTIA and starred in MENORCA, an indie feature in which she was awarded with four “Best Actress” awards: the 2017 UBCP/ACTRA Awards, The Black Sea Film Festival in Romania, the Noida International Film Festival-17 in India and the Solaris Film Festival-17 in Nice, France. In addition, Tammy earned a Leo Award in 2017 nomination for “Best Lead Performance by a Female in a Motion Picture” for her staggering performance.

My dad. He literally drives to radio stations and newspaper offices to tell them about what I am working on.

I started doing theatre in high school, got bitten by the comedy bug then was scouted in university to model. I didn’t enjoy modelling but loved acting in commercials so decided to take it more seriously and started taking acting classes in Winnipeg.

My first theatrical role was the role of Grandpa. Unfortunately I can’t remember the name of the play. My first commercial role was for a Green Kids commercial that starred Lyle Lovett. I got to eat ice cream from BDI – the Bridge Drive Inn, which is literally the best ice cream in the world. My first film role was playing a dead body in the short film “Purgatory” directed by Brendon Sawatsky. I had to lie on a steel gurney forever. It was extremely painful and I got a massive goose egg on the back of my head. My first television role was playing Mary Osmond in the made-for-tv movie “Inside The Osmonds” for ABC. I actually got to meet the real Osmond family, including Donny and Marie!

What is the best and worst part about being an actress?

Best part is getting to do what you love with creative people. Worst part is never knowing if and when you will book a job again.

It’s not the best advice but it’s something that always stuck with me. My grandmother told me to “marry the first time for love and the second time for money”. I still have no idea if she was joking or not. She is also the person that used to pull me aside as a kid and tell me that I belonged on television. Maybe she was onto something…

How did you find out about “Siren,” and what was the process of getting your role?

I’d heard about the show the previous year and it sounded so interesting. They shot the pilot in Vancouver and at that time, it was called “The Deep”. Months later, they picked up the show and I was called in to audition for it. The part I read for was originally written for a man but lucky for me, they changed their minds and I was on set two days later.

Tell us about your character Deputy Marissa Staub.

Marissa is very by-the-book. She loves her job so she is caught between following the law and caring about the people of Bristol Cove. She is very loyal to the Sheriff and sees him as a bit of a father figure so it’s been a challenge trying to figure out what has been going on with him and who the heck these new strangers are.

What can we expect of this season?

Unfortunately my lips are sealed on that one. All I can say is “more are coming.”

What has been your most memorable experience from the set of Siren so far?

I don’t want to give away anything in the new season so I’ll pick something from last season. The day we shot the wake for Captain McClure was pretty special. It was this gorgeous day out on the docks in Steveston and pretty much the whole cast was there. Even though it was such a somber scene, it was fun to be with everyone.

Having been in the business for over 15 years, I’ve been lucky to have worked on over 50 projects. Some of the most memorable projects have been “Ghost Wars”, “jPod”, “Menorca” and “Supernatural” to name a few.

I’d love to play a superhero – bad or good!!

I’ve been dying to go to Greece. It just looks incredibly stunning and I love the water and hot temperatures. I’d love to go with my entire family. That would be incredible.

Sunglasses, lip balm, and a jacket – I am always freezing!

I like a wide variety of music. We were a very musical household. I played the organ for over 9 years, as well as the saxophone. I’ve tried my hand at the guitar. My dad used to play in a band as a drummer and he’s also a great guitar player. My mom was into jazz. So I like country, jazz, the blues, rock, rap, pop, alternative, hip-hop. Pretty much everything except heavy metal.

Sleeping in, coffee and some pancakes, doing the Sunday crossword, get a workout in, maybe a nice walk in the sunshine to pick up some things for dinner, some wine, some dessert and a great movie or tv show.

On a modelling trip overseas, people tried to kidnap me more than once!

I’d love to have met Marilyn Monroe. What an icon and such an incredibly talented actress. I’d love to spend a day with her and watch her work.

More Deputy Marissa!! There are a couple other projects that will be airing soon – a movie “Aurora Teagarden Mystery: A Clue to Kill” on Hallmark Movies & Mystery and an independent film “Torn” and hopefully much more…

Song: “Lose Yourself” – Eminem whenever I need a good motivator!!