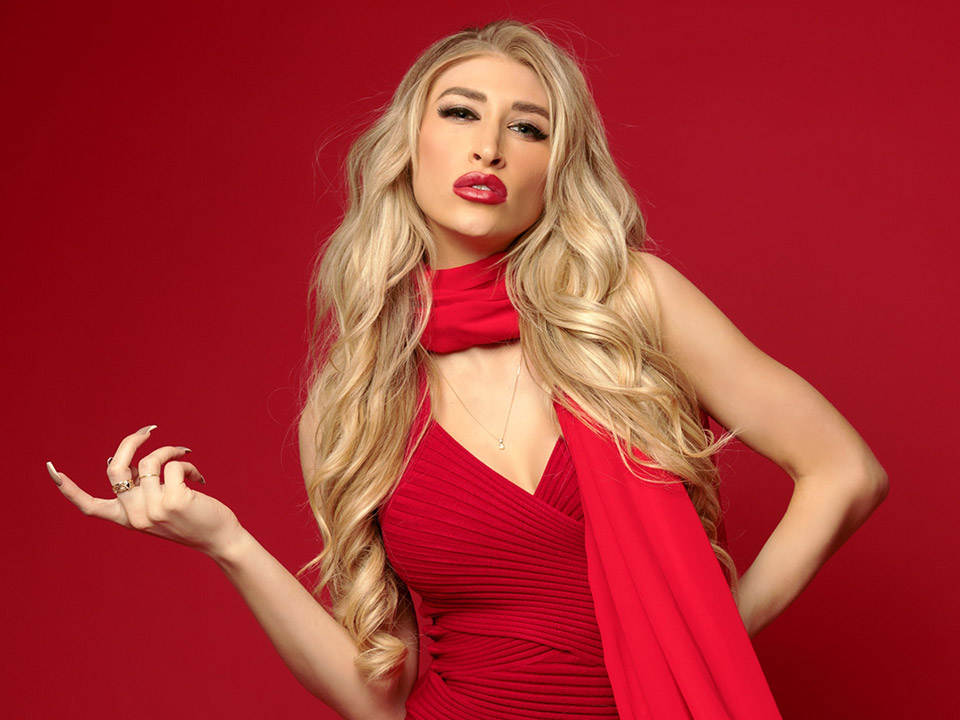 Check out our interview with gorgeous Canadian model and influencer Kayla Ashton.

Kayla had her breakthrough into the modeling and fashion industry at only age 19, when she was crowned winner of a local bikini contest at a car show, which led her to later go viral online as a rising star automotive industry model. She was very quickly presented with various sponsors including a local car dealership, and received various other reputable brand deals in which she promoted while her social media fanbase online quickly grew. 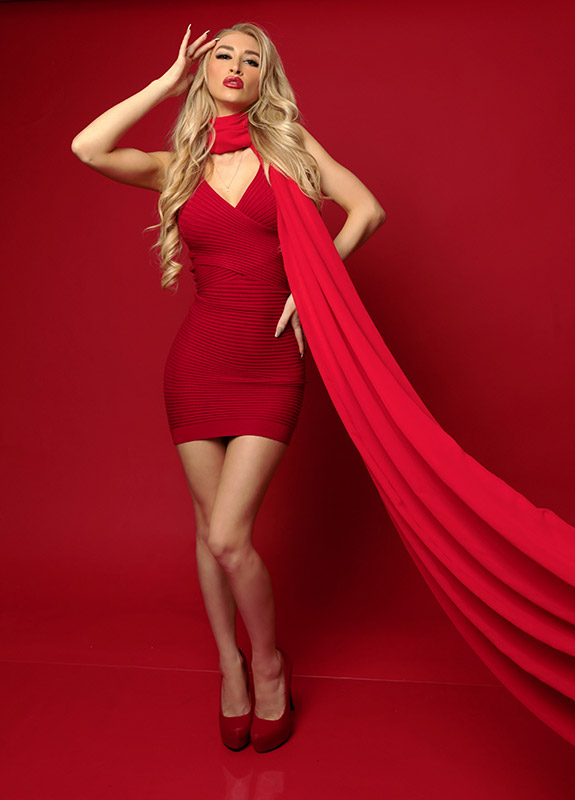 Hi Kayla, please tell us a little about you?

Hi guys, thank you so much for having me!

Yes, so, I am a proud Canadian, born and raised Calgary, Alberta. I am a Model, and Social Media Influencer. I am also very much so a Serial Entrepreneur, a Tech and Marketing Whiz, and your “daily dose of sunshine”, haha. I pride myself in being super multifaceted and love to learn and to develop new skillsets; I am kind of just addicted to “levelling myself up” per say. And, I am just so blessed to have my career now as a model, for my life experiences, and for my endeavors in entrepreneurship; And, I also adore animals, being outdoors and traveling. I love music, and my family; and I love me my morning yoga.

If I had to choose only three words I think I would go with: Resilient, Loyal, and Passionate.

So, I had my first taste of modeling for runway when I was about 16. But I never really pursued it or took it very seriously until I was out of high school at age 18. I went viral and things really blew up for my career in modeling when I was 19 and got pretty big into the car industry because I had also been working as an airbrush artist at a local auto body shop at the time. I developed a ton of sponsors and connections really early on in my career and from there started taking more brand deals, and now I have landed myself on the cover of wide variety of notable magazine covers and fashion catalogues. And yeah, I am definitely super blessed for the experiences I’ve had.

I mean the reward overall is the ability to create and have such a unique outlet of expression to share with others, all with the intent of inspiring. It is definitely the creativity and open mindedness of the modeling world that I love so much. The people I get to work with, the places I get to go, and the experiences have been all so “one of a kind.” I especially love fashion because I truly believe that it is the first and foremost outlet we have as individuals to express ourselves and show people who we are. But then again, people are more complicated than that; people aren’t just what you see on the outside. So, I believe that is the flip side. That people typically do judge others from what they see first. As a model I think we get the brunt of that more often than not. I mean, people expect me to be the stereotypical “Malibu barbie, dumb blonde” or “snobby model type”, for example. And, all of those things are the furthest from the truth, but the reality is that everyone is technically misunderstood before people get to know them for who they are on the inside.

Can you name a few of the brands you are working or have worked with?

Absolutely! I am currently working with LIVIFY, which is so exciting for me because I was one of their first die-hard customers when they first opened a store in my city. I was obsessed with their Freddy Jeans line from day one, so I am thrilled to now be an official model and ambassador for them. I’ve also shot for many other fashion companies including “SHEIN” and also currently, “Headrush Brand”. And I am also now an official ambassador for an e-commerce team I have been working with called, “WeDoEcom4U”; and it has been so much fun because I love getting to geek out and talk about business and making money. This team is just so awesome, and tight knit, and so knowledgeable. I’m excited I get to learn a lot from them firsthand, and work amongst such like-minded individuals who legitimately aspire to educate and make a positive impact on peoples lives. But if you want to check out more about me or my accolades, head over to my brand new website, kaylaashton.com. 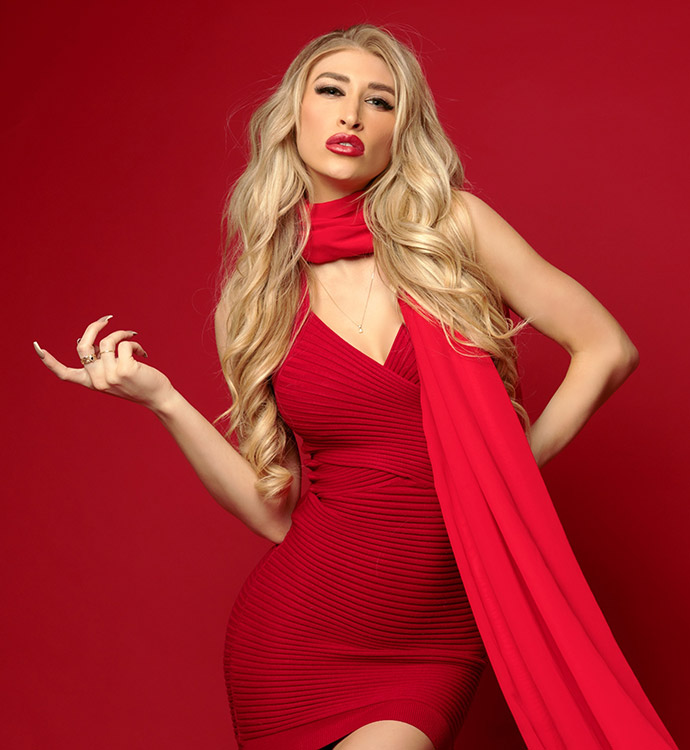 I think ultimately, it’s that I am always shooting for the right reasons. It just can’t be about the money; it has to be that I believe in the product or whatever the idea behind the shoot is. If it feels forced, doesn’t inspire me or make me happy then I know I’m not about it. I know it’ll wind up feeling like a waste of time to me, and if my heart isn’t in it, it likely won’t make money either. The content you create should always make you feel good. If it doesn’t, then something’s wrong, and you might have to change something. I really think it is that simple.

What’s your advice for the newer models and influencers?

Well, your safety always comes first and should never be taken lightly. Please don’t overlook your own safety as a priority. Secondly, just don’t even bother responding or even reading the DM’s of strangers. You’ll thank me later for the sake of your sanity. And, back to what I was saying before, I think you simply need to focus on creating content that feels good to you. If it doesn’t, then don’t do it. Always do what makes you happy and makes sense, and if you put that first then the money will absolutely follow. The latter would be doing something that makes you miserable to chase the money that will probably never come. So, yeah. You definitely want to put your own feelings and mindset first when it comes to creating and putting out content for the world to see.

Please describe a typical day for you. What is your daily routine like?

I feel better overall when I stick to my routine. 100% I am one of those people who needs it. I like my 4am starts. But I’m only human, and recently had to catch myself up on my sleep schedule as a result of some personal life stuff that had me a little more stressy than usual. But it’s okay, that’s life. And I am starting to feel more energetic already as I am back to routine now, so I know it is uphill from here. But generally, a good day’s routine would mean that I get up at 4, go workout and finish off with my yoga and some meditation. Sometimes I will switch it up and get outside for a run if it’s nice enough, but I live in Calgary so that’s hit or miss. Being up early is so crucial and allows me to really focus that time on me and to do absolutely nothing rushed. I won’t touch or look at my phone at this time either. Then I will go take a shower and get ready, make lunch and smoothies, and send my man off to work by 7:30. Then, I’ll sit down with my tea, and get straight into some deep undisturbed work. Typically, Insta posting for myself is around noon at my peak time, so I will start interacting online and answering emails and all that just prior, which is nice, because it’s just less overwhelming. Then I deal with other daily tasks and work or shoot and create content until I (try) to take a hard stop by 6pm latest. My man and I both try really hard to stick to this, so we can focus on home and personal life stuff and enjoy time together with our fur babies. But yeah. That might possibly sum up a day in the life of “me”.

Oh my gosh yes, that is facts for sure! I love this question because I have some right here that I can read to you quote on quote that have literally had me howling. Okay, so there’s this guy; actually there’s two from him, that read, “I’d battle 2 cheetahs and a grizzly in an airplane bathroom after eating taco bell just to hold your hand.” And the other says, “I’d sign up to fight a pack of unvaccinated wolves with one hand tied behind my back and a pool noodle as my only weapon just to see your smile.” Haha, right?! These are so random! And one more good one that I thought was such a nice compliment in a kind of weird way. It says, “If an evil alien race said they’d destroy us if we couldn’t prove to them why humanity is worth saving, we would show them you, and they’d let us live.” See? I was kind of like, “that’s so strange but that’s also so nice”. Anyway, I could go on; but I do love my fans, and appreciate the effort of course, haha.

You can (and should) follow me on Instagram (being my most active account); TikTok, Facebook and Twitter are all at @iamkaylaashton. I also have my new official website released as mentioned, kaylaashton.com. And, I’m excited to say I have a new YouTube channel coming soon as well so keep an eye out for that because it is going to be an absolutely blast, and I hope to see you there!

Thanks so much for having me! It’s been fun, Naluda Mag!

Quote: My mom always used to say, “there is no problem so great, that it can’t be solved.” She’s right.

Song: I have too many faves to ever be able to answer this. Name a song, and 100% I know it or have it downloaded on Spotify.

Movie: Fave movie is 50 First Dates. And I love cartoons and pretty much anything by Seth McFarlane.

Travel Destination: So long as I am nearest the ocean and in the sunshine, I am happy.

Food: Pasta, cheese and chocolate anything.