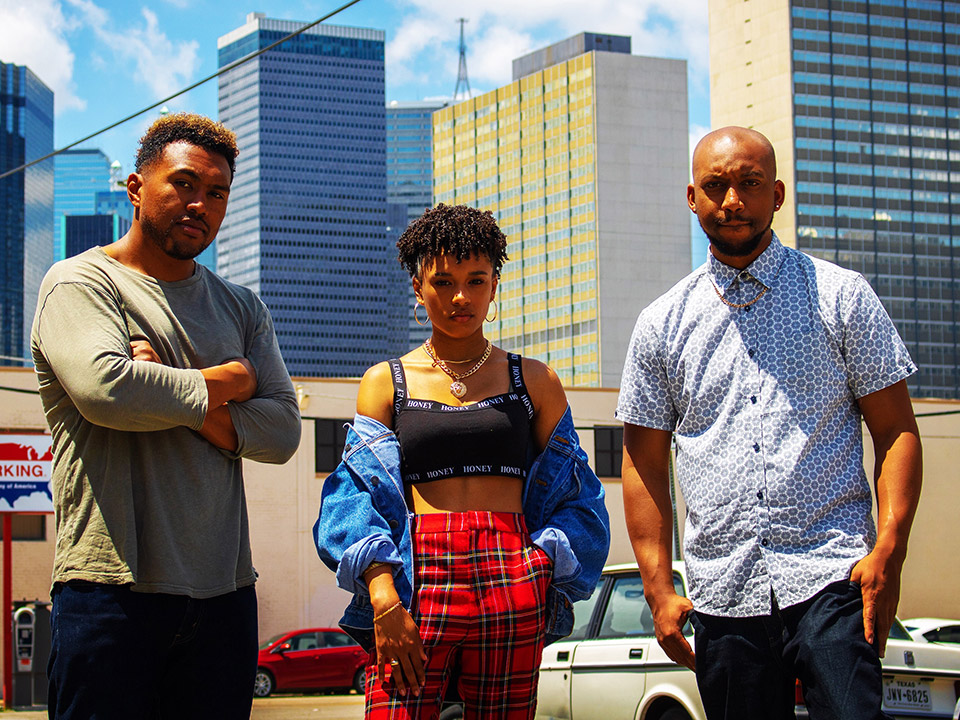 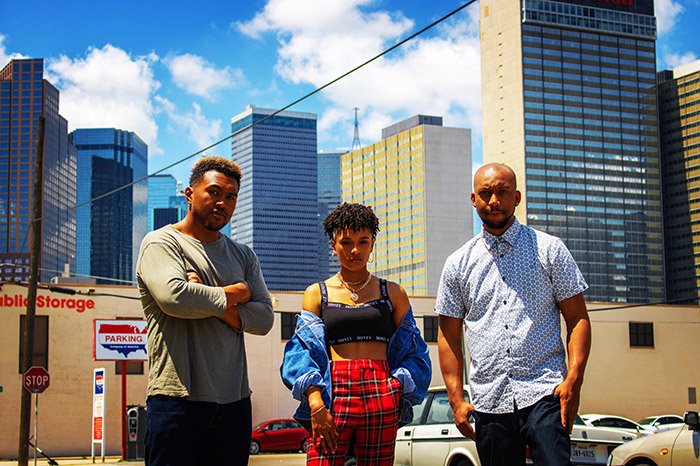 TaiMarie: Hey! I’m Tai Marie, I grew up in Los Angeles California, and later relocated to Dallas Tx. I’m 19 years old, and growing up music has always been a big thing in my household. I fell in love with it, and music is something that I plan on doing for the rest of my life!

DJ Zenas: I am a DJ, producer, and artist hailing from Denver. Simply put, music is, has been, and always will be a major part of my life.

TaiMarie: I’d like to think of myself as Creative, Goofy, and just a lil bit shy.

TaiMarie: Definitely my parents, they’ve always been such a great support system for me, and I admire them with all my heart!

Ramond: I would have to say my pops. He taught me a lot growing up and we look at the world in a similar way.

DJ Zenas: Easily my mother. She has been the biggest role model in my life. She has sacrificed so much for me over the years, has always led by example, and ultimately raised me to become the man I am today.

TaiMarie: My dad has been in the music industry way before I was brought into the world, and so it’s something I’ve always been around. I think around age 7 I started showing immense interest, and then 16 is when I was really like “Yeah this is what I’m doing for the rest of my life.”

DJ Zenas: My first major segway into the business was through DJ’ing. It started in college as a hobby but soon became addicted.

TaiMarie: I didn’t actually, although I did attend to some music classes outside of school.

Ramond: No. But I went to Colorado State University for something totally different.

DJ Zenas: I did not, and do not regret not having went either. College was an life-changing, unforgettable experience for me.

TaiMarie: Lauryn Hill has to definitely be one of the most inspiring female role as far as music to me. I remember one morning (I was probably 11 or 12 at the time) I was straightening up the house, sweeping the floors, and I had my headphones on playing music, and all the sudden “I Used To Love Him” came on, and I just stopped everything and immediately started dancing, and had it on repeat the whole entire day. She definitely motivated me to make music. Of course I’ve heard her music before sometime in my childhood, but in this moment I just really stopped to appreciate and admire it. Sometimes you don’t hear it until you hear it.

Ramond: Life. I’m constantly inspired and reinspired by things happening in my life every day. I’m constantly learning and growing and it reflects in my music. That’s the beauty in making music. I can go back to older songs I did and not only hear my old music but hear a younger me. It’s a crazy feeling to actually hear your growth between old and new music. Not only as an artist, but as a person.

DJ Zenas: I have many influences, including Michael Jackson, T-Pain, Kanye West, Timbaland, and more. I began making music because it was a process that I enjoyed. Turning an idea into a song was always something I admired.

TaiMarie: Of course, performing in general is something that definitely makes me very nervous, but it’s part of the game so I’ll just have to get over it.

Ramond: Definitely. Probably more than I should but I’ve learned that nervous can be a good thing. If you’re not nervous, you’re not ready.

DJ Zenas: Sometimes, but all nervousness goes away once the music starts playing.

TaiMarie: To really get my name out there!

Ramond: Expand the brand and connect more to people that relate to the message.

TaiMarie: Tour is definitely something that will happen in the future! No dates are set yet, but keep a look-out!

DJ Zenas: Not at the moment. However, we are working on it so stay tuned!

Now tell us about your hit “Complicated (feat. TaiMarie & Ramond)?”

TaiMarie: Complicated is a smooth R&B joint that we (ARTARI) all wanted to create in providing something relatable to all listeners. It was our first song that we all collaborated on together. We hit it off super well the first day and went straight into the creation of the song.

Ramond: We came up with the beat and concept the first day we met. The chemistry between us all was just synergetic. The song is about two people making their relationship more complicated than it needs to be.

DJ Zenas: “Complicated” is the sum of our first encounter together. This was the first time meeting for some of us, and getting together in the same room was really the only goal. However, when you have that much creativity and talent at your disposal, it is hard to ignore what we all were destined to do, make music. And we did just that. It was such a collaborative effort between everyone involved. The song has character, purpose, and catchiness, which is more than we could have imagined. We are thrilled about how it turned out.

TaiMarie: My pops, Jon-John and Zenas work super well together, they’re both incredibly talented producers and when the two of them come together it’s insane.

Ramond: Me and DJ Zenas have been working together for close to a decade so the chemistry was already there. It was both of our first times meeting Jon John and that just took our creativity to the next level. It felt like being a good player and getting introduced to a great veteran coach. 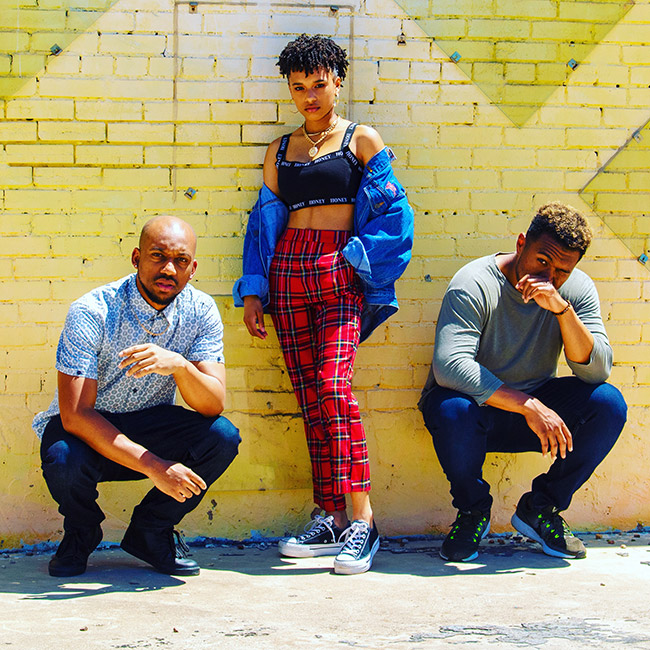 TaiMarie: Lots and lots of heat.

Ramond: A lot. We should have new music coming in the very near future.

TaiMarie: This changes by the week, but right now I would say it’s definitely “Heard You Say It” by Devin Tracy.

Ramond: Somewhere between 90’s R&B and “Aint No Fun” by Snoop Dogg.

DJ Zenas: “Oh Sheila” by Ready for the World. These youngins don’t know anything about that!

TaiMarie: I have the BADDEST resting face.

DJ Zenas: Being a team player. I always want what’s best for everyone and want to see everyone succeed.

TaiMarie: Being completely satisfied with where you are now, and excited for where you’ll be.

Ramond: Maintaining a life you love in all areas.

DJ Zenas: Happiness for me is the ability to be comfortable with the person you see in the mirror, never taking anything or anyone for granted, and leaving a positive impact on those you encounter.

TaiMarie: I LOVE me some guitar, art, and sports. 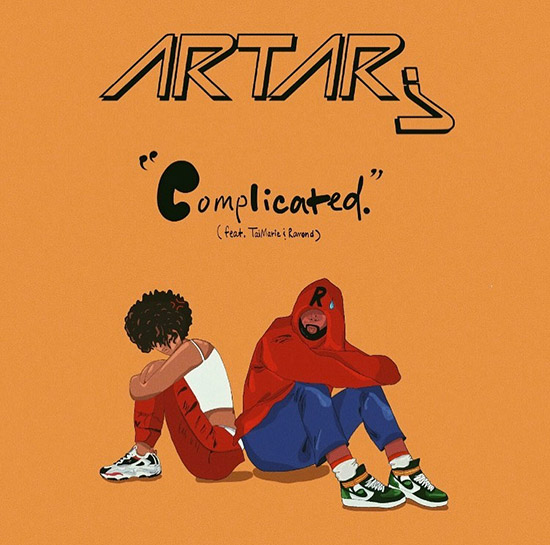 DJ Zenas: There’s much more of ARTARI coming in the near future.

TaiMarie: Family time, whether it’s out and about or just chilling at the house.

Ramond: I got a sweet tooth man. Fresh chocolate chip cookies or cinnamon rolls are gonna get me every time.

TaiMarie: If we can text better than we can actually communicate face to face, it’s a no-go.

Ramond: Being on a date with someone that thinks she’s better than everyone else.

DJ Zenas: No sense of humor.

TaiMarie: Marvin Gaye hands down. Why? Because that is one fly and brilliant man.

DJ Zenas: The Rock. He has always been one of my biggest inspirations.

TaiMarie: I’m currently supporting and providing to some charities that are trying to appoint recognition and help towards the terrible things happening in Sudan currently.

Ramond: Not a specific charity right now but I help when I can.

TaiMarie: Being 10x better than where I am now, and living my best life.

Ramond: A better version of myself. An established music artist and business-man.

DJ Zenas: Living the life I had always dreamed of, making music, traveling, and retiring my mother.

Ramond: Somewhere between a college student and a cool uncle.

TaiMarie: I think it has some great and bad benefits.

Ramond: It has it’s pros and cons. But I think it created the most connected, but disconnected society we’ve ever seen.

Ramond: “It takes courage to grow up to be who you really are”.

DJ Zenas: “Yesterday is history. Tomorrow is a mystery. Today is a gift. That is why it is called the present.”

DJ Zenas: Too many to name just one.