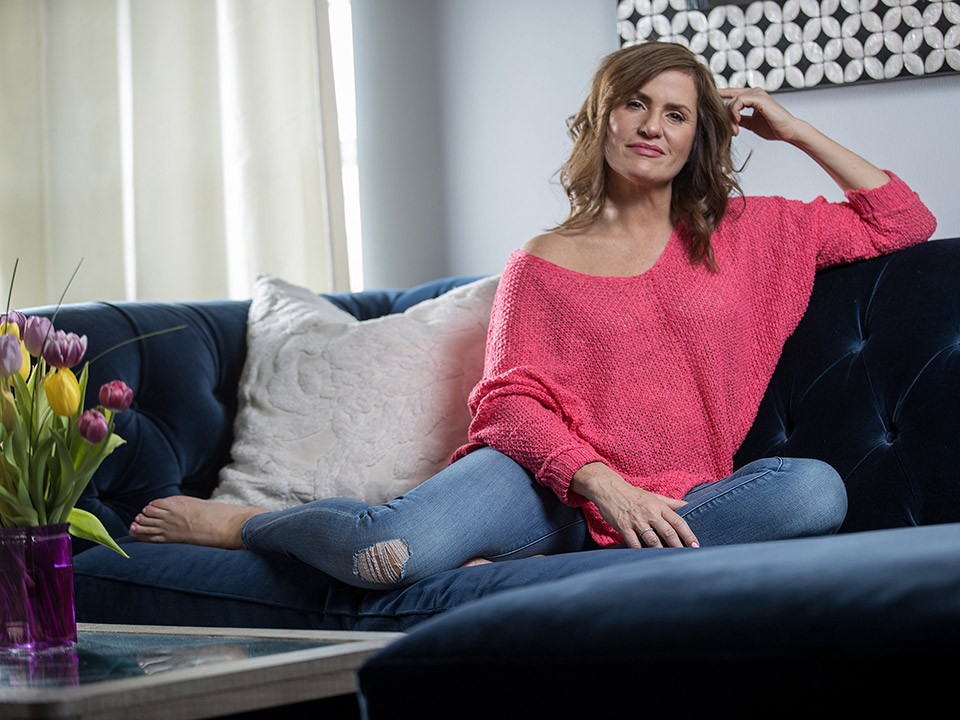 Check out our interview with actress Connie Giordano who can be seen with a large role as Patty DelRasso in the highly-anticipated limited drama series Mare of Easttown. The show chronicles the dark side of a close-knit community and how past tragedies can continue to define the present. Patty is a nurse and restaurant owner who was one of Mare’s high-school basketball teammates. The all-star cast includes Academy Award winner Kate Winslet, Sosie Bacon, Jean Smart, Guy Pearce and Evan Peters just to name a few. The series is airing now on HBO and HBO Max. 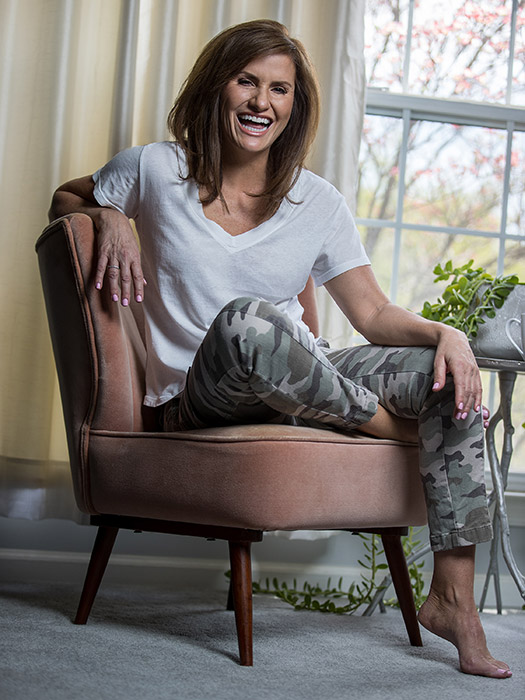 Hi Connie, please tell us a little about yourself?

Hi there! I grew up on Valley Forge Mountain, outside of Philadelphia. I’ve been acting since I was a little kid, I started professionally pursuing it after college when I moved to New York, I performed in a lot of Off-Off Broadway theaters. I went back for an MFA at Brooklyn College, moved back to Philly and started representing different products for QVC while still performing on stage.

I am one of three girls, I have a twin sister. I played classical piano growing up, I am a Christian, I love to cook, and I am shameless with a karaoke machine.

I fell in love with the stage while seeing a production of the King and I with Yul Brenner in Philadelphia.

It started me on a course I’ve been pursing my whole life, it’s my passion, and that thing in life that truly makes me happy.

Waiting for the job is the worst, you have to audition quite a bit to book just one job. It’s like going on a job interview every single day and actually working one day of the year. The best is the reward from your audience. Making them laugh or cry, when they feel a part of the story you’re telling, that’s my rush. That’s the reward for me.

Tell us about your work in the limited drama series “Mare of Easttown?”

It was a trip! It has a wonderful cast, wonderful writing, and a wonderful director. It was an honor to work with pros like Kate Winslet and Jean Smart. I’ve admired their work for years and it was surreal working with them. Kate was a delight, and Jean was warm and fun.

And about your role as Patty DelRasso?

I play Patty DelRasso, mother to Breanna, who is relative to the murder mystery. My husband Tony and I own an Italian restaurant, and I was a teammate of Mare’s in high school. We live in the heart of Delaware County, which I actually lived in until I was six years old!

Every role is different. Some require research and investigating background, some fit easily like a glove. Mare of Easttown fit pretty well for me! You do your research, you memorize your lines, and learn the story well. And you show up, ready and willing for anything!

Well, you can see the work on my resume on my website, but I come primarily from the stage. I’ve performed in New York, New Jersey and Pennsylvania. I did my first horror movie in 2010, Mr. Hush, and that was wild! I worked with vets from the horror genre, Brad Loree from Halloween 5, Steve Dash from Friday the 13th, and Stephen Geoffreys from Fright Night.

The sky is the limit! I’d love to more mysteries but I also love comedy. I’d be thrilled to produce classic plays in a film setting too!

I learned to get up, lick your wounds, and keep going. You cannot let a “no” stop you from pursuing what you want.

Work hard and never give up!

Treat it like a business. In order to get your foot in the door, you have to lead with your strength, your type. Go for the role you would get cast in based on your type, then you can show them your range! Otherwise, you will waste a lot of time competing for roles you won’t be cast in as an unknown.

What’s next for Connie Giordano in 2021?

I’ll let you know as soon as I can!

My style is kind of classic I think, as opposed to edgy or trendy. Of course there are some exceptions. I’m a heels girl for sure!

I believe happiness comes from within and from pursuing whatever gives you joy.

Right now, Mel Gibson…for so many reasons. To understand his past, hear his story, and work on a potential film project.

My father always told me “Do what you love.”

Yes, I support a local women’s crisis center called Genesis. I also support Tunnels for Towers and I tithe at Calvary Chapel.

I see myself acting in television and film, hopefully on Broadway as I always dreamed, and using my gifts to help people.

That’s tough. Fairytale of New York by the Pogues. It’s a Christmas song, but I listen to it all year. It brings back memories of my days in New York City, and it reminds me of my mother and old friends.

It’s become a necessity in my business. It has its place, but will never replace human contact for me!

Book: I just finished It’s Never Too Late, by Kathie Lee Gifford. It was inspiring.

Movie: Sideways, Jaws, or The Godfather

Travel Destination: Italy and New Zealand. They are on my list now more than ever.

Sports Team: Well, I’m from Philly so the Eagles or Phillies